The "Upper West Side" doctor in this drug-dealing story is named Rogelio Lucas:

Yup, minorities punch above their weight in every category of crime...but I'm sure the FBI will record this one as "white." And we'll still talk about prescription meds as a white problem, "hillbilly heroin", et  cetera. Face it, wherever there is crime, bet on a minority being responsible. You'll be right more than you're wrong.

Will we hear of any Upper West Side Caucasian activists demonstrating against this doctor for flooding the "white community" with drugs?

James Fulford writes: The NY Post reports that Dr. Lucas "earned his medical degree in the Philippines", which makes him Asian rather than Hispanic, and is one more way of not referring to a criminal with the word "immigrant." [Doctor, wife accused of running $77M prescription ‘pill mill’, By Rebecca Rosenberg, Kathleen Culliton and Bruce Golding,June 9, 2015] Sometimes prosecutions for so-called "pill mills" are overzealous prosecutors targeting doctors who are prescribing enough medication to actually kill pain, but not in this case—below is some of the money Dr. Lucas extracted from the "Upper West Side" community. 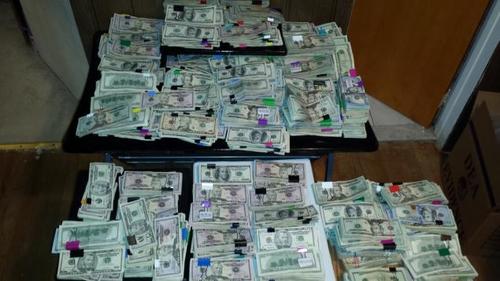