A Reader Wonders If MLK Would Have Opposed Mass Immigration

Re: Clayton Bishop's On Martin Luther King Day: Will #MeToo Do To The MLK Myth What Plagiarism, Adultery, Communism, Haven’t—Yet? 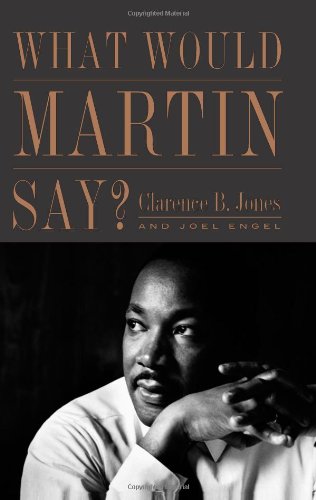 How many times have we heard how ironic it is that the President dropped the “sh*thole” remark within the holy nimbus of Mr. King's hallowed day?   On this day of all days—the horror of it!

Yet just as that other sainted icon Cesar Chavez took a position on immigration that made Tom Tancredo look weak on borders, it appears that when it came to national sovereignty the untouchable Martin also was also (allegedly) a resolute America Firster. [Martin Luther King Jr.'s Own Speechwriter Claims He'd Vehemently Opposed Illegal Immigration - The Political Insider] Of course the unspoken contradiction at the heart of the Come One Come All Caucus is that immigrants (authorized and unauthorized) hurt poor blacks and Hispanics first and foremost.    So perhaps on this issue Mr. King was talking some traditional American sense.

James Fulford writes: I've read  some of the claims about King's imputed position on illegals, and they seem mostly to be based on Clarence B. Jones's What Would Martin Say? During his actual lifetime, King didn't, as far as I know, express an opinion on immigration. There's absolutely no mention of it in books by David Garrow, for instance.

So in real life, Dr. King would have had to decide whether he was more interested in the welfare of poor blacks displaced from jobs by Hispanics, or more interested in the progress of Socialism. However, we do know that King's widow, Coretta Scott King, supported workplace enforcement to protect black jobs in the 1990s: see Trump And The King Family: MLK III Met With Him, Alveda Voted For Him, And Coretta Scott King Supported Employer Sanctions.