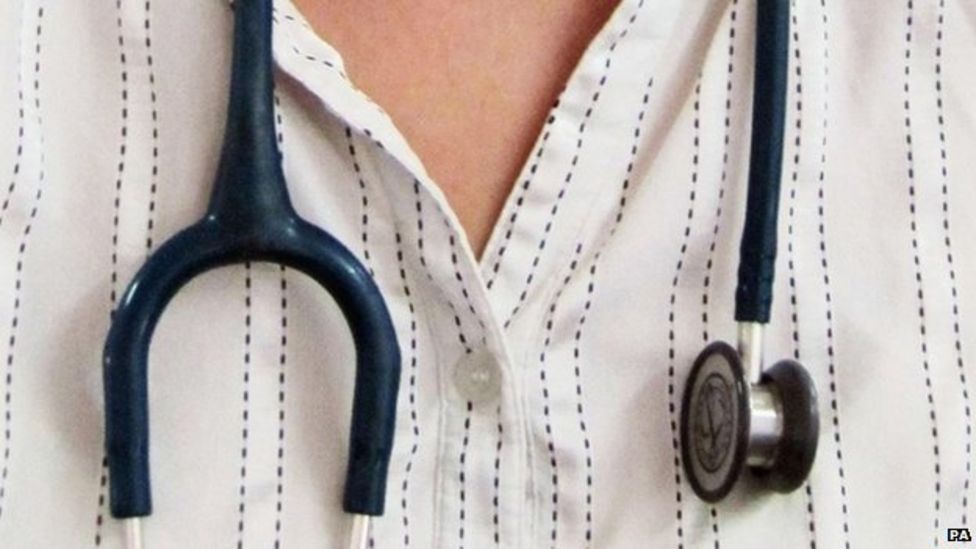 From: An Anonymous Chicago Reader [Email him]

Regarding James Fulford's story on the Africans and stock photo of white hands in handcuffs, here's  a similar example from the BBC.

In a story warning how incompetent foreign MDs are in Britain, , the only photo was cropped at stethoscope level with white skin but the hands, in the related video, told the story.

James Fulford writes: The BBC story is about doctors trained outside Europe, I. E. in India, Africa and the Arab world. A 2012 story said

The country with the biggest single number of doctors who have been removed or suspended from the medical register, is India, followed by Nigeria and Egypt.
Revealed: 3 in 4 of Britain's danger doctors are trained abroad,
By Ben Leach, and Laura Donnelly, Health Correspondent
Telegraph, UK, December 29, 2012

I tried an experimental search for Nigerian Doctor “struck off”–in Britain, a doctor who loses his license is said be “struck off the Register”—which gave some interesting stories, few of which, by the way, had anything like Nigerian Doctor Struck Off in the headline:

The prize goes to this one, not actually about a Nigerian, but somehow it came up on the search and it’s relevant:

Doctor struck off after attempting to kiss, bite and touch nurses in Dublin hospitals
By PATRICK COUNIHAN, IrishCentral.com, January 10,2013

A doctor has been struck off by the Irish Medical Council after he attempted to touch, kiss and bite a number of nurses – and tried to smell the underarm of another.


Dr Osmanmahir Mahir failed to make an appearance at his Medical Council fitness to practise hearing in Dublin and was found guilty in his absence.

No longer resident in the country, Mahir told the Council in a letter that he accepted whatever came his way.

One nurse told the hearing that Mahir had grabbed her hand and asked if she was wearing a wedding ring. He allegedly asked: “Where is the men in this world? Why are you still single?”

She also claimed Mahir grabbed her name badge and touched her breast. Hours later he apologised for the incident.

Another nurse said Mahir bit her on the skin of her elbow, saying: “This is what I do to my friends”.

She added: “He didn’t break the skin but left a mark.”

A third nurse revealed that Mahir had commented on her Facebook photo. He said was ‘very, very sexy’ before she deleted him as a ‘friend’ on Facebook.

A fourth nurse told the inquiry that Mahir had kissed her on the shoulder but she ‘put it down to cultural differences’.[More]

That last bit about the "cultural differences" is a result of what George W. Bush liked to call the "soft bigotry of low expectations"—an Irish doctor would probably have got an assault charge for that one.

Anyhow, here's the photo that accompanied that Irish story about an African doctor,  just one more example of a world gone mad: 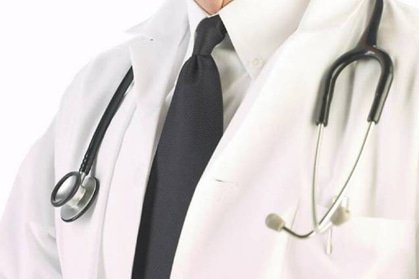