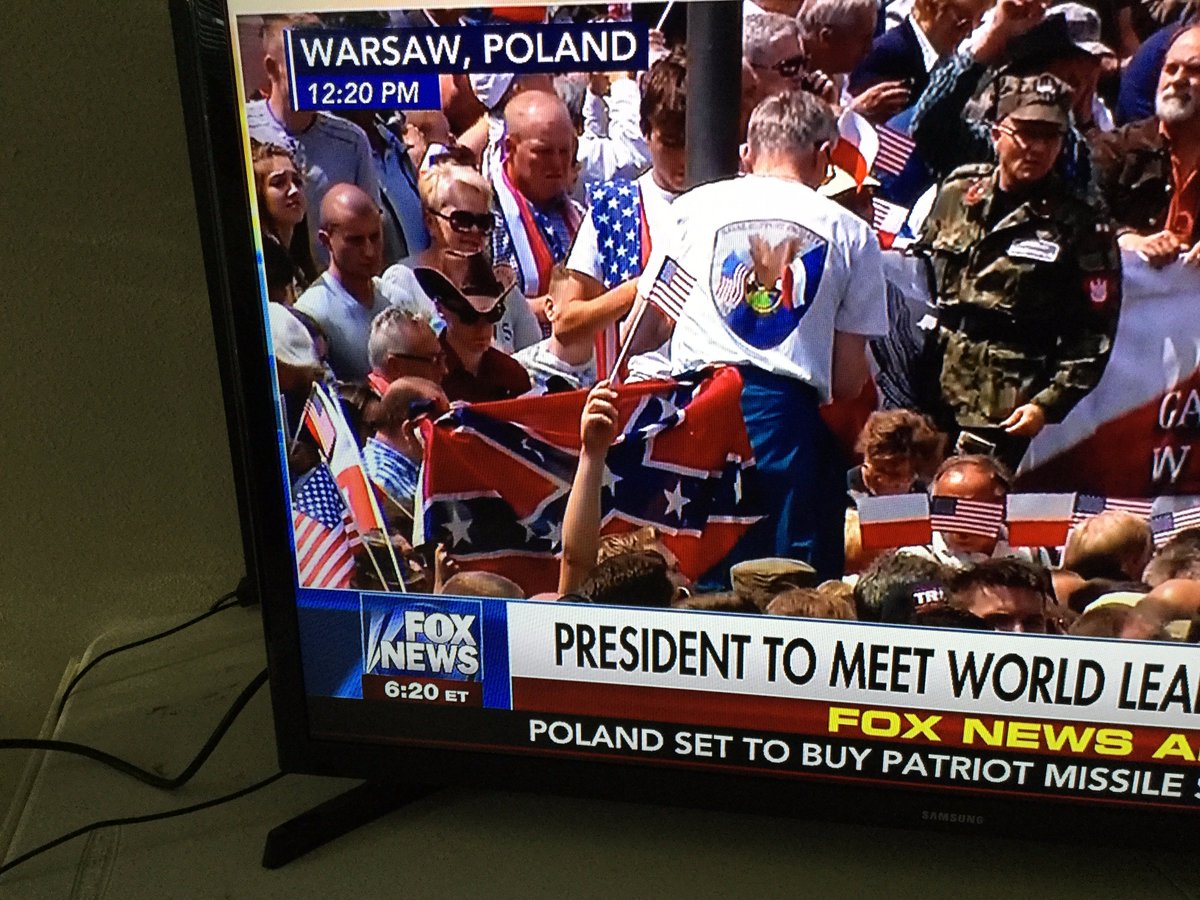 Trump’s speech in Warsaw will go down in history as one of the defining moments of our time! The gauntlet has been thrown. Now Trump must deliver on his promises.

Interestingly, not once did the main article in the New York Times mention the significance of the monument in front of which Trump delivered his speech – there was no mention of the 1944 Warsaw Uprising at all. Very predictable for the NY Times not to mention it – 200,000 dead and the capital city reduced to rubble, why should the Times worry about such historical trivia.

It was good to see U.S. servicemen in his Warsaw audience. And the Confederate flag? Well, there are 10 million Polish Americans in the U.S. Some came on the Mayflower [A slight exaggeration, but there were certainly some Poles present in 1776] but most in the last 200 years. As a result, thousands of people in Poland have relatives in the U.S. and know what’s going on across the Atlantic, including the latest controversies.To quote the Polish- American singer Sarah Jarosz, things can sometimes get a little “Crazy”!