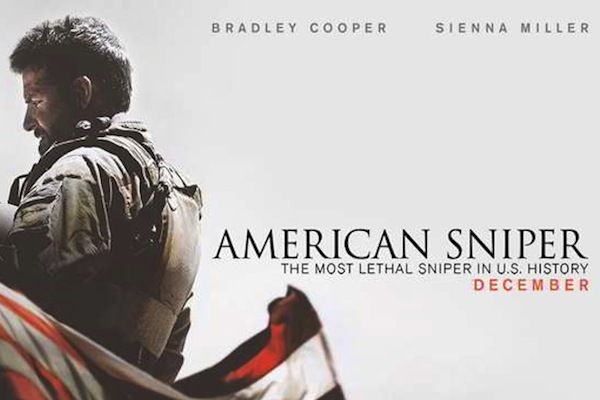 A Reader Comments On The Strategic Underpinnings Of AMERICAN SNIPER

From Professor Of Mystery [Email him]

The Chris Kyle of American Sniper may well have lived by the sword and died by the sword as a modern day Achilles. We debate the character that goes into such an enormous body count credited to him. But what's saddest about the Sniper as a type is that he's only useful if a military force have managed to get themselves embroiled in a quagmire: see Western Front 1914-18 or Stalingrad. For when these stalking marksmen come into their own their political leaders have most assuredly screwed up.

The most interesting thing about the film in a cultural context is that these types of simple colonial-war films were more common in the 1960s, 70s or even the 80s. Now they barely get made and even more rarely theatrically released. If a war film is made today you get a Tears of the Sun train wreck or a mawkish self flagellation like Blood Diamond.

American Sniper most resembles Zulu...an unexceptional film even in its time (though it has maintained a classic/cult status). That American Sniper has the negative attention of the Seth Rogens of the entertainment biz just shows how rare these historically based war films really are nowadays. I wonder how these films don't get made, given their obvious and wide appeal.

James Fulford writes: There’s a thing that military historians term a “soldiers’ battle”, and it means that the Generals haven’t been doing their job, and the soldiers have neither the strategic nor the tactical advantage and they just have to be better than the other soldiers. American forces have been known to achieve this, but it's no fun.