A Suburban Illinois Reader Would Like To Remind You That While You're Paying Taxes, Illegals Are Getting Refunds—For "Dependents" In Mexico

Seeing that it’s tax time again I started thinking about an investigation that an Indiana TV station did on illegal alien tax cheats. This story broke on April 26,2012. So you can just imagine how 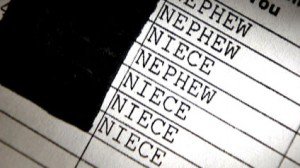 big this problem is today three years later. So instead of “drill baby drill”, our government says “print baby print!”

Each spring, at tax preparation offices all across the nation, many illegal immigrants are now eagerly filing tax returns to take advantage of a tax loophole, using their ITIN numbers to get huge refunds from the IRS.

The loophole is called the Additional Child Tax Credit. It's a fully-refundable credit of up to $1000 per child, and it's meant to help working families who have children living at home.

But 13 Investigates has found many undocumented workers are claiming the tax credit for kids who live in Mexico – lots of kids in Mexico.

"We've seen sometimes 10 or 12 dependents, most times nieces and nephews, on these tax forms," the whistleblower told Eyewitness News. "The more you put on there, the more you get back."

The whistleblower has thousands of examples, and he brought some of them to 13 Investigates. While identifying information such as names and addresses on the tax returns was redacted, it was still clear that the tax filers had received large tax refunds after claiming additional child tax credits for many dependents.

"Here's a return right here: we've got a $10,3000 refund for nine nieces and nephews," he said, pointing to the words "niece" and "nephew" listed on the tax forms nine separate times.

"We're getting an $11,000 refund on this tax return. There's seven nieces and nephews," he said, pointing to another set of documents. "I can bring out stacks and stacks. It's just so easy it's ridiculous." Tax loophole costs billions

Millions of illegal immigrants are getting a bigger tax refund than you.

Eyewitness News shows a massive tax loophole that provides billions of dollars in tax credits to undocumented workers and, in many cases, people who have never stepped foot in the United States. And you are paying for it!