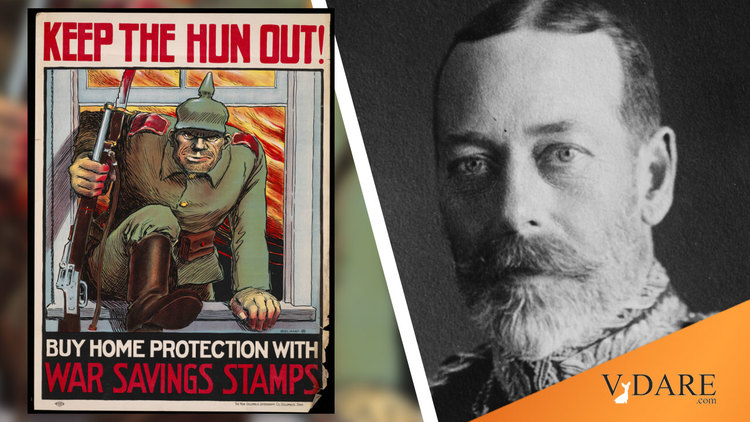 A Reader Comments On The British Royal Family, And 1914 Germanophobia

From: A Historically-Minded Reader [Email him]

John Derbyshire mentioned Britain's King George the Fifth changing the name of his dynasty from Saxe-Coburg-Gotha to Windsor in World War One (at 26:07 here) as similar to the current epidemic of Russophobia.

My favorite line about the "foreignness" of the British Royal Family from that period was George V's response when H.G. Wells bemoaned "our alien and uninspiring Court." The King, who knew full well his limits, barked in response, "I may be uninspiring, but I'll be damned if I'm an alien!" But he did have to change the name—see George V – The Queen’s grandfather who made the modern monarchy, royalcentral.co.uk, March 4th, 2021.