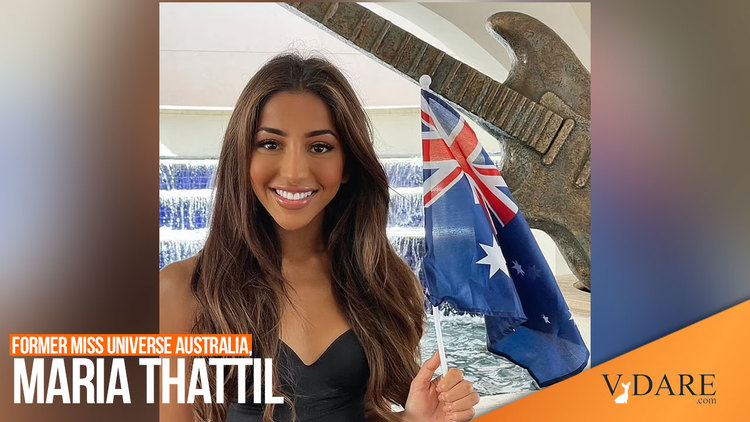 Former Miss Universe Australia, Maria Thattil, has gone on radio defending political correctness because it “makes people feel seen, feel included, because it helps marginalised groups feel more included in society.”  Well, she would argue this, wouldn’t she, she of that great traditional Australian name, ‘Thattil,’ which turns out to be Indian in origin (her parents migrated to Australia from India).  Oh, and she is bisexual (of course) and has done quite well for herself by landing an endorsement deal with Olay cosmetics company “to sell skincare to queer people” [Miss Universe Australia Maria Thattil argues political correctness is a GOOD thing because it helps marginalised groups feel 'seen and included,' by J. Peterson, Daily Mail Australia, March 2, 2022].

She also works for the public service in the state of Victoria, so has a nice taxpayer-funded job while many legacy Australians with the wrong (white) skin colour, and wrong (heterosexual) proclivities, struggle for employment in a country where South Asian privilege is de rigueur.

Yet, according to Ms. (or Mr. or some other pronoun) Thattil, it is white Australians who have the “real privilege because they're not likely to ever be offended like marginalised groups are.”

That was a time when Miss Universe Australia winners looked like this, too: 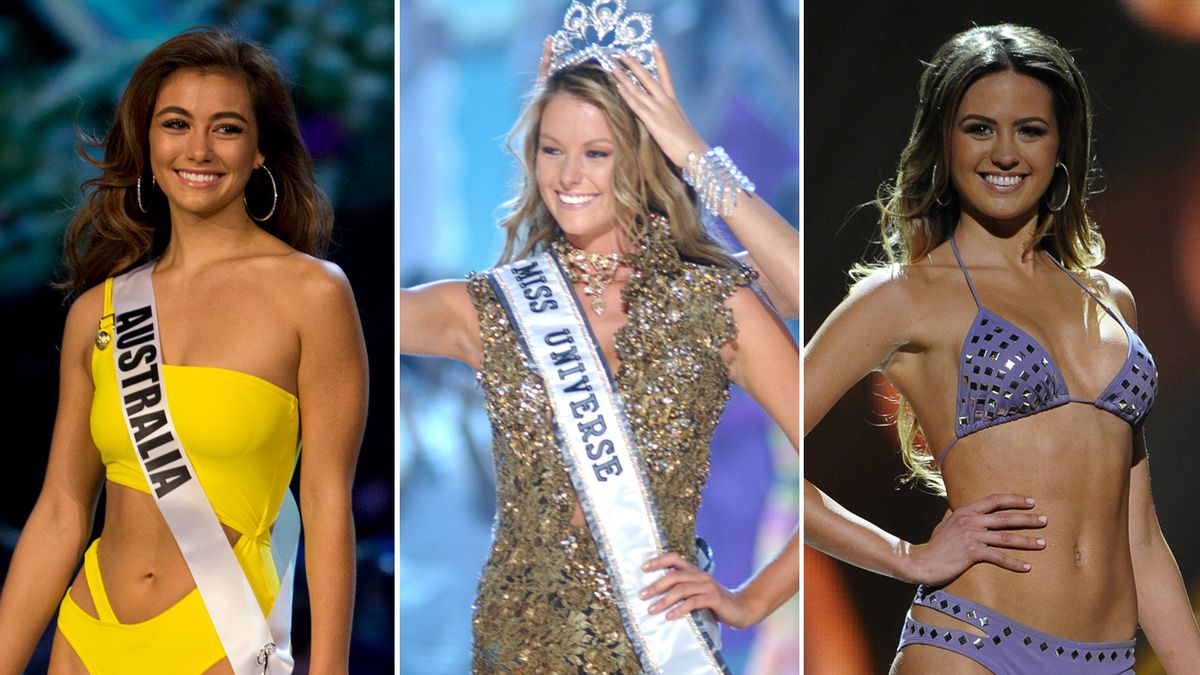 I quite liked that country.  Can I have it back, please?