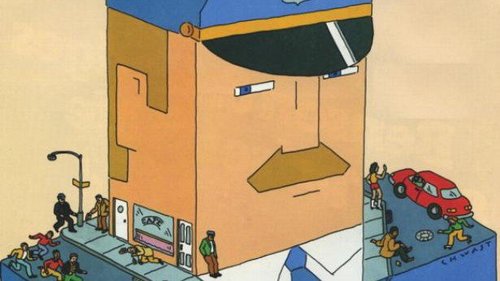 A Reader Asks About "Broken Windows" And Immigration

There is an interesting how-to piece at American Thinker: Illegal Immigration and the Broken Windows Policy of Policing, by Mike Stopa, October 24, 2015

The gist of it: why not apply broken windows policing to immigration enforcement?

This approach would apply to both illegal aliens and the businesses that enable illegals.

An excerpt from about half-way down the article:

"When the Giuliani Administration began running in delinquents for jumping turnstiles in the subway, painting graffiti on trains and shaking down motorists with squeegees, the objection was raised: “are you going to jail 300,000 offenders for low level misdemeanors?” But broken windows policing was based on the maxim that law enforcement professionals mutter as they go to sleep: “5% enforcement means 95% compliance.” The same ideology can easily be applied to the business community and the illegal alien community in the United States today."

"The policy would begin by President Trump (or President Cruz or President Carson) announcing that the time has come for those who are illegally in the U.S. to begin preparing to return to their home countries. At the same time the President would announce to businessmen who employ illegal aliens — even in small businesses — that they need to take a pencil and piece of paper, sit down with their spouse at the kitchen table and say: “Honey, we have to figure out how to run our business when we can’t hire illegal aliens anymore.”

Mr. Stopa makes numerous good points and the whole article is worth a read. While he did not address legal immigration, I'm glad to see a workable plan for the illegals side of the larger problem, a positive step.

James Fulford writes: This is a good idea, and Googling "broken windows" and immigration, I see that a number of people have had a similar idea.

I knew without Googling that one of them was me—see  So Why Doesn’t The “Broken Windows” Theory Apply To Illegal Aliens?, VDARE.com, November 19, 2011.

This theory was also popular with John Ashcroft's Justice Department, in the wake of 9/11—they wanted to enlist local law enforcement in the fight against illegal immigration. As Sam Francis wrote in 2002, they were opposed by the Bush White House: see Should The Cops Enforce The Law?, May 2, 2002. Perhaps a President Trump would have done it differently.