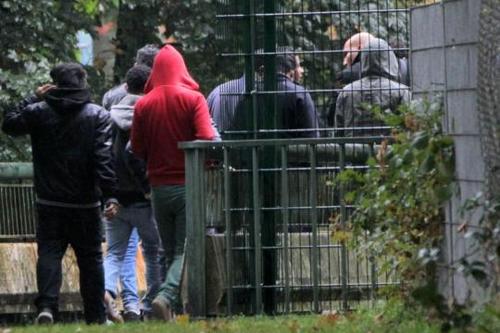 First of all, Merkel has committed political suicide. Public opinion in Germany is totally against her, as are the other EU Member States. The question is merely how long she will hang on and who will replace her. And whether she will have to back down before she resigns. So her policy is not going to last much longer.

On the other hand, most of what you say is total nonsense, mainly because of the poor quality of your sources and the fact that VDARE.com has a well-established reputation as an anti-Muslim, anti-Catholic and anti-EU hate site, presumably in return for US neocon funding.[VDARE.com note: We are not an anti-Muslim site, we've an anti-Muslim immigration site, we have both Catholic and Protestant writers, and yes, we do hate the EU, in the sense that it acts against the nations of Europe, of which we're rather fond. As for neocon funding...oh, never mind. ]

The Gatestone Institute is a neocon think tank and peddles anti-Muslim hate. The other, largely unknown, American sources also appear to be neocon propaganda sites. The German papers you quote are sensationalist scandal sheets, which no one takes too seriously and, in any event, with a campaign to unseat Merkel in full swing, their reporting will be highly sensationalized or even downright fake. (There are no "no-go areas" in Germany, or, for that matter, in France.)

The Deutschewelle report DOESN'T say anything about either deportation or minors, so that claim is a brazen lie. (Open lying undermines the credibility of the entire article.) [VDARE.com note: There was a link on the words "won't deport these minors" to a Deutchewelle story, but the source of the Gatestone Institute's statement that minors aren't deported is Die Welt: Polizei kapituliert vor kriminellen Flüchtlingskindern, November 30, 2014 which says, according to Google Translate " A deportation of minors to their countries is classified as "impossible"."Google Translate]

As aspect that is often forgotten is that more Muslims among European electorates make it harder for Jewish groups to influence politics in favor of Israel.

But don't worry about us in Europe. Most people expect that when the migrants realize that they are totally unwelcome, they'll move on ... to the US. The US is, after all, a nation of immigrants. You all descend in some way from colonists. We here in Europe are the native people of our territory. We are the "Indians", so to speak. We have occupied our lands for thousands, if not millions, of years. We are well capable of defending them.

James Fulford writes: There are so many things that are wrong with Mr. Kenny's letter that I don't think it's possible to answer them all.

However, the claim that there are no "no-go" areas anywhere in Europe seems to mean that police can enter Muslim-dominated areas (in vans, with vests, and submachine guns ) and emergency services can enter them (backed up by the same police). It's only ordinary white people who can't go in, or if they do, might not come out again. If you protest that there are parts of America's inner cities that are like that, I can say that there wasn't anywhere like that in Europe before mass immigration.