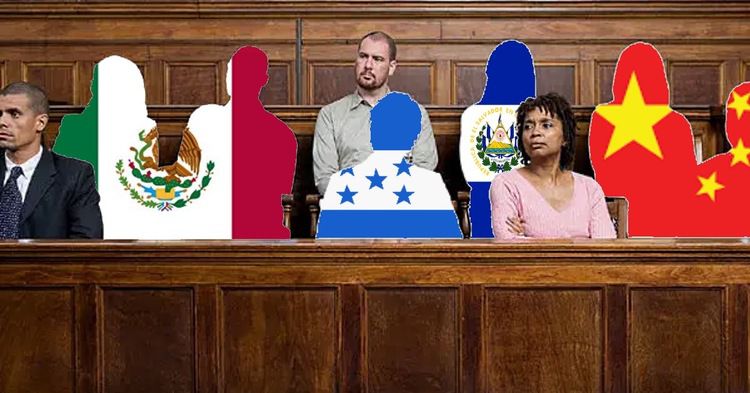 In Erie County, PA, a self-confessed non-citizen somehow made it onto the jury roll, past the lawyer vetting process, and right in to the deliberation room, where she voted to convict an accused drug dealer.[A non-citizen served on an Erie County jury. Now what?, GoErie.com, November 30, 2019]

Her non-citizen status was only discovered after the unidentified woman wrote a letter to court officials in which she wondered about the validity of her conviction.  What she at first considered to be “exciting”, she later had second thoughts about after discussing the issue with friends.

If they are successful, they’ll safeguard one run-of-the-mill drug conviction with a precedent that would introduce utter chaos into the legal system.  We might ask Erie County prosecutor Jack Daneri [Email him] if this is really such a good idea.

Citizenship would seem to be a basic qualification for a juror.  A non-citizen is not your peer in a very fundamental sense:  they don’t participate in the same political processes and aren’t beholden to the same traditions and values.

That notion occurred, however belatedly, to the non-citizen juror.  Why not Erie County prosecutors?