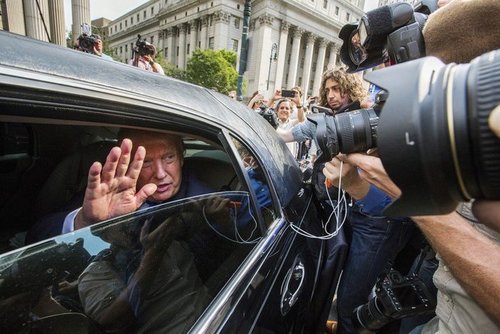 I hope someone at VDARE.com will answer the Atlantic article below:

“In the 1840s and 1850s, Cincinnati society became increasingly unstable as German and Irish immigrants poured in,” The Cincinnati Inquirer reported in a historical retrospective. When an Italian emissary of the Pope visited in 1853, “German Catholics took to the streets armed with guns, pistols, clubs, canes and sling shots trying to run Cardinal Bedini out of town. The Germans, many of whom fled to the U.S. after the failed European revolutions of 1848, saw the priest as a symbol of repression.”

Two years later, Germans clashed with a nativist mob alarmed by a rumor about electoral shenanigans. “German-Americans barricaded streets into Over-the-Rhine on the north edge of the Miami-Erie Canal,” the story notes. “Members of the Turners, a German physical fitness organization, aimed their cannon and ‘shot it over the head of the mob of nativists that came at them,’ says Don Heinrich Tolzmann, University of Cincinnati German-American studies director and curator of UC's German-American Collection.” German immigrants, who started many German language settlements in the U.S., “had become such a force at the ballot box that they pushed for—and received—bilingual education in city schools and Sunday beer sales.”

My small local paper used the article to argue essentially that "...there's nothing new here" in this modern outbreak of "Know-Nothing"/nativist fear of immigration: Editorial: What we can learn from the past, Lenoir News-Topic, August 23, 2015

Even if I hadn't just had a letter published there, I'm not sufficiently knowledgeable of the resistance to German immigration to comment. Perhaps someone at VDARE.com will take on the challenge.

James Fulford writes: Well, the first thing to note is that Trump's German grandfather wasn't a Mexican. Grandfather  Friedrich Trump came to the US from Kallstadt in 1892.(Trump's mother was a McLeod, from the Hebrides.) The Atlantic's Friedersdorf, who is several kinds of fool, is using the crisis caused by German immigration in the 1850s to argue in favor of Hispanic immigration today.

Apparently Friedersdorf feels that this is because 160 years later, two World Wars with Germany, and the crushing of German bilingualism during the First World War, there is no longer a major German problem. But the residents of Cincinnati were right to worry about the Germans organized into  Turnvereine,  especially if armed with cannon.

Friedrich Trump came during a slightly later era, which happens to be around the time that American patriots reacted to mass immigration by forming an Immigration Restriction League, which took thirty years to achieve the Immigration Act of 1924 and stop mass immigration.

Announcing this, one of them wrote

"The question to-day is not of preventing the wards of our almshouses, our insane asylums, and our jails from being stuffed to repletion by new arrivals from Europe; but of protecting the American rate of wages, the American standard of living, and the quality of American citizenship from degradation through the tumultuous access of vast throngs of ignorant and brutalized peasantry from the countries of eastern and southern Europe."

That's from Restriction of Immigration, By Francis A. Walker, published in the June 1896 of ...the Atlantic Monthly.

As far as the Germans are concerned, ethnicity matters, and it matters for a long time.

In 2008, Calvin Trillin wrote in the New Yorker that a politician in Texas once said that in Lee County, TX “It’s the Germans against the Czechs, and the Americans are the swing vote.”

He was talking about  Friedersdorf's immigrants from the 1850s.