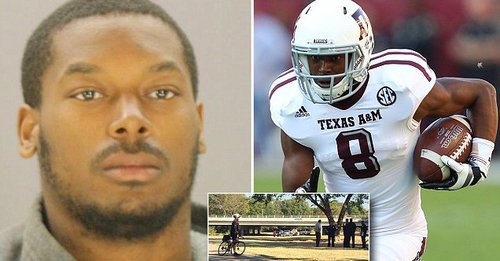 Police are calling this stabbing, by what the headline describes as an ex “football star” as random.

The jogger, who was not been identified at this time, was transported to Texas Health Presbyterian Hospital and he died of injuries 'consistent with a large-edged weapon', NBC Dallas reported.

Deputy Sherwin said: 'It appears that Mr Johnson picked this victim at random.

'It's absolutely random. He just attacked him. He told our homicide detectives that he was angry about a situation and he just picked somebody to murder.

Could we please get a full description of the victim (i.e. was it a random white person) before we accept this conclusion, which the authorities clearly want us to swallow without question?

More to the point: how would you describe the "typical" male jogger? (Runners are as likely to be white as golfers.) And shouldn't that be enough to raise the question and perhaps dig a little deeper into the motive of a person who was purportedly normal up to that point?

See an earlier letter by the same reader.

Update: If you watch this video, you can hear Deputy Sherwin  say "random" repeatedly, and at the end of the video, newsoman Bianca Castro said that police wanted help identifying the victim—a white male, 20 to 25 years old: