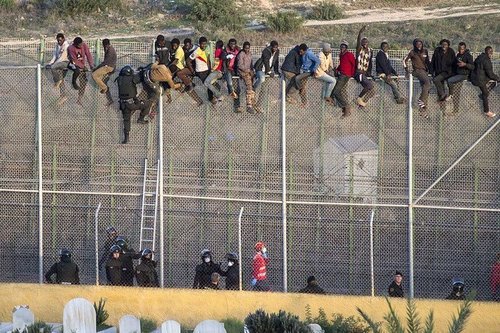 Since people have talking about the economic implications of Third World immigration for Europe, I want to draw your attention to an article that Doug Saunders wrote in the Toronto Globe And Mail back in 2006 where he argues the Canadian economy would benefit from importing a million poor Africans.

Here's what we need to do: Make it a little more difficult for educated, well-off people to get into Canada. And make it much, much easier for unskilled, poor people, especially from sub-Saharan Africa, to immigrate in great numbers, and soon.

That may not sound like the obvious solution to Canada's problems, to put it mildly.

A million poor Africans? Yes. A million poor Africans. Almost anyone who has studied the realities of modern immigration and economics understands that this is exactly what countries like Canada need. It would solve our country's immediate economic problems. It would provide a remedy for the future economic and demographic troubles that threaten Canada's current wave of prosperity.

And it would vastly improve the worst-off corners of the world, and eliminate threats to our security and global prosperity, in ways that no level of foreign-aid spending or peacekeeping could accomplish.[More,]

Saunders [Email him] claims the African migrants who came to Spain found work. He wrote this before the Euro crisis, of course. Someone asked him last year on Twitter if he stood by this column and he said he did. There is enormous unemployment in Spain. How can it possibly be true that African migrants are finding work?