Re: John Derbyshire's Oprahfication, Ethnomasochism, And The Preventable Death of Aylan Kurdi

From: A Latvian Reader [Email him]

The immigrant waves are starting to approach Latvia. So far this summer, the Latvian government has decided to "voluntarily" introduce 250 immigrants. (Which caused some protests. )Now, the EU has made the hard-to-resist proposal of 2239 immigrants. See here, an automated English translation of this story in Latvian.

To bring more light and experience on the matter,  some of us have plans to compile a selection of articles on the perils of the Third World mass immigration to Europe, and to translate and publish them for Latvian internet readers. So I take courage to ask if you help could by pointing to the ten or so best articles (preferably short) on immigration to Europe by different authors.

They could be both current and of recent years (or decades, if needed), both concerning particular cases (e.g. Rotherham) and the general outlook. 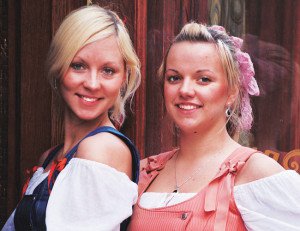 James Fulford writes: I'll ask our readers to suggest a list [Email me at jfulford@vdare.com]. The list below focuses on the threat that Muslim immigration posed to Latvian women. This is not an imaginary threat, nor is it hysterical. The only thing unusual about the young Swedish woman pictured above is that she allowed her picture to be made public in order to warn other women.

Suggestions from readers are welcome.