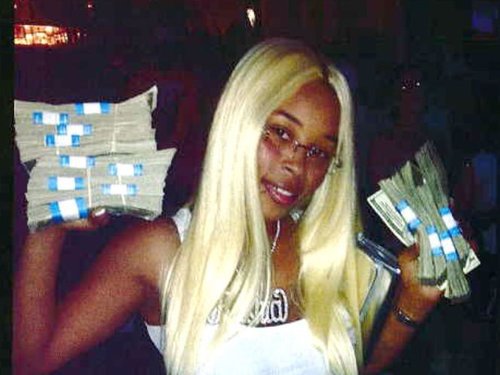 A Florida Reader Writes About Race, Motherhood, And The Massive Black Tax Fraud Case In Florida You Never Heard Of

From: A Florida Observer [Email him]

Florida has wonderful beaches but suffers from a bad reputation due to its magnetic appeal for serial killers, illegal immigrants, and home grown compulsive criminals. The latest craze is tax fraud perpetrated by black folks whose need for attention gets them fairly quick but lengthy sentences in federal prison. As justice triumphs the children, often fatherless, watch their Moms depart for prison after leaving a tell-tale track on social media. Investigators have no trouble finding criminal exhibitionists.

The mug shots of nine such law breakers are found in the Sunday, July 5, edition of the Tampa Bay Times, a newspaper usually unwilling to mention race. [In tax fraud's wake, dozens of kids grow up motherless, Patty Ryan, June 5, 2015] Since eight of nine faces are African-American, and the ninth is an immigrant named Howayda Hamdan, one correctly assumes that blacks have discovered a new bonanza.

That over 80% of the 140 charged people were black comes as no surprise. It is well known that blacks commit all crimes at greater rates than whites. However, in these white collar crimes black women are especially prominent. Rashia Wilson is featured in the mug shots and she received a 21 year sentence after gloating on social media about her wealth compared to dumb ordinary people.

The article spends time discussing poverty and its effect upon poor single Moms whose children suffer for their crimes. If such is a concern, then Mom should have thought about such a risk. Quick money is a strong attraction when it comes in large chunks but advertising your wealth seems incredibly stupid.

A game of such easy money turns out to be a deadly trap for Moms addicted to instant gratification. Each of these ladies has numerous excuses and almost no sense of responsibility. One perp said she thought “whites were just better at keeping the money a secret, while African-Americans showed off.”(See the picture at the top, which fraudster Rashia Wilson, who called herself the “queen of tax refund fraud”, posted on Facebook.) Still, tax fraud appears to be mainly a black enterprise in sunny Florida.

However, this is only being discussed because the women, like their children, are seen somehow as victims, rather than perpetrators.