From: Mark Mallarde (e-mail him)

Re: Peter Brimelow's Blog: "Maywood Mexico"?...Bryanna Had It First

Another city near Maywood, the City of South Gate, is completely occupied by illegal aliens. Census data puts the Hispanic population at 94 percent.

In 1990, the National Civic League awarded South Gate the "All-America City Award."  To go there now is to be transported to a lower-class Mexican city deep in Mexican territory. I had to go to South Gate frequently for work a few years ago and have traveled throughout Mexico. I see the resemblance.

About a year ago, while rummaging through the vinyl records bin in a West L.A. Salvation Army shop, I found an unused, shrink-wrapped recording of a South Gate High School musical production. 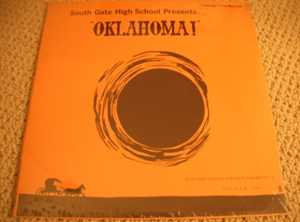 I bought the record as a symbol of what has been lost in California over the last forty-five years. Since the Hispanic enrollment at South Gate High today is 99 percent Hispanic, I doubt if any students know of Rodgers and Hammerstein or, more importantly, view American western expansion in the same optimistic light as the musical.

I wonder if this musical will ever be performed there again.  Sadly, I do not think it will.

Mallarde, a lawyer, lives near Santa Monica. Previous letters from him about Barack Obama are here and here. More Mallarde letters about "out of control" American women and the mainstream media's support of gay marriage are here and here.