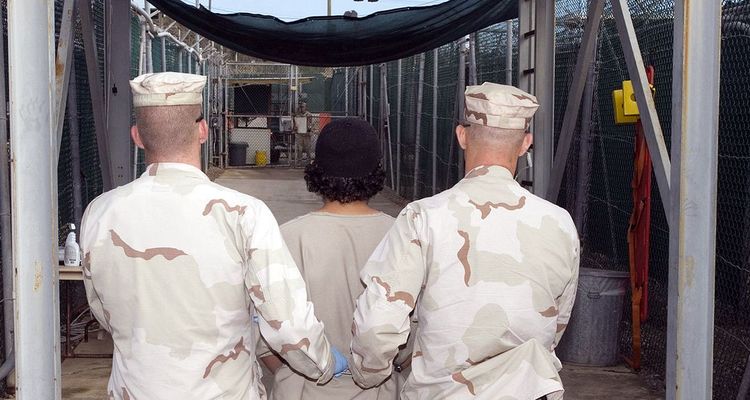 A California Reader Is Annoyed At Brenda Walker Over Gitmo

From: Al Blue [Email him]

99.99% of the inmates there have never been charged much less convicted of any crimes. They just picked up people randomly on the streets of Afghanistan and kidnapped them.

The whole procedure smacks of a Soviet style state as FDR created over here during the Bad War.

Walker's columns over the years read like an ongoing neoconman rant. George W. Bush was our worst Big Government President until the current boob, who by the way was elected to close down the Iraq war and GITMO.  He promised to expand the war in Afghanistan which has been a nonstop disaster and now as in Iraq we have killed many more innocents than were killed at 9-11.

As Pat Buchanan has pointed out the GOP has wasted four years criticizing Obama's foreign policy for all the wrong reasons. The US has not had a war of defense since 1776. Every war leads to a deeper disaster.

WW1 to WW2 to Communist takeover of half the planet.

As a Jew I do not support the Israel First foreign policy of the US since 1948.

Stupid 'conservatives' who support FDR's concentration camps for Japanese Americans and Truman's militarily unnecessary A-bombings do not deserve to get in power. I hope the forthcoming Romney defeat will lead to a purge of the neocons and Buckleyites including the Walkers and Malkins who write for VDare.com.

James Fulford writes: Mr. Blue's letter came in before Michelle Malkin's latest, which includes the news that one of those random, innocent detainees from Guantanamo may have been involved in the murder of Ambassador Christopher Stevens. (This column would probably have made him even angrier.)

I won't try to answer his criticisms of current defense policy,  which we try to avoid arguing about.

I will say that the atom bombing of Japan was necessary and justified. See Thank God For The Atom Bomb , by Paul Fussell,  and The Light's on at Signpost  by George Macdonald Fraser for the memoirs of two infantrymen out of millions whose lives were saved by it, and Miracle of Deliverance  for an analysis about what the invasion of Japan would have been like without it.