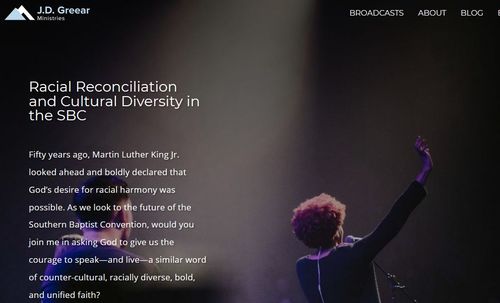 A Baptist Reader Says The Election Of J. D. Greear Means The “Soros Wing” Has Captured The Southern Baptists

From: A Baptist Reader [Email her]

For the past decade, the “Soros wing” of Southern Baptists have been successful.

One commenter said: “The conservative days of the SBC are over. It’s now run by open Cultural Marxists like Russell Moore and JD Greear. The Southern Baptists will go the way of the Methodists.”

"And JD Greear is more than an open-borders Cultural Marxist. He’s also a clown. Much of his Twitter feed is him virtue signaling the latest politically correct nonsense like some 15-year-old autistic SJW."