Third World levels of corruption in our health care system are an inevitable consequence of welcoming Third World doctors, especially when large amounts of money can so easily be extracted from our loosely monitored Medicare and Medicaid bureaucrats. Hence the latest scandals involving Asian Indians running diagnostic imaging centers and other clinics.

In addition, they are accused of “submitting fraudulent applications to the New Jersey Medicare Program and the Department of Health, and evading paying income and franchise taxes.” The investigation took up the time of more than 100 investigators from thirteen law enforcement agencies. 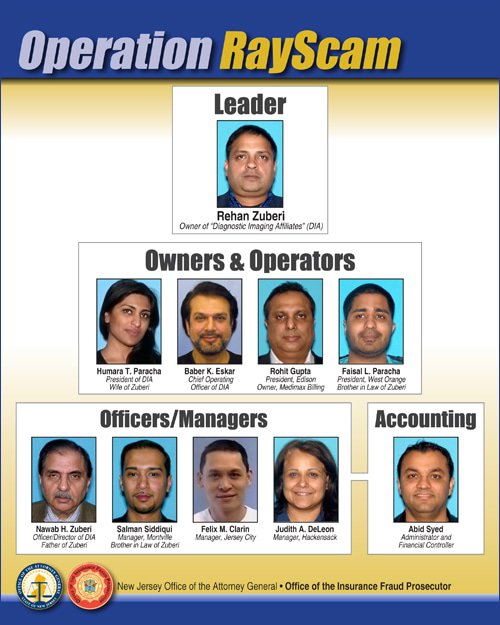 Owner of Numerous MRI Centers and Twelve Others Arrested in Scheme That Allegedly Paid Hundreds of Thousands of Dollars in Illegal Kickbacks to Doctors in Exchange for Patient Referrals State Of New Jersey, Office of The Attorney General, June 19, 2014

VDARE.com readers will not be shocked to see these Asian Subcontinental names attached to medical scams. But this case and others like it have some chilling aspects that go beyond the usual enterprising-immigrants-cheating-the-system story.

On getting out, he could no longer bill the government himself. So he started DIA’s menagerie of front imaging businesses.

It’s noteworthy that he chose close relatives to man his operation. The authorities make no mention of any cooperation from them.

Some nice pics of his mansion and exotic cars can be seen on the AG’s web page. [Operation RayScam Organization Items] 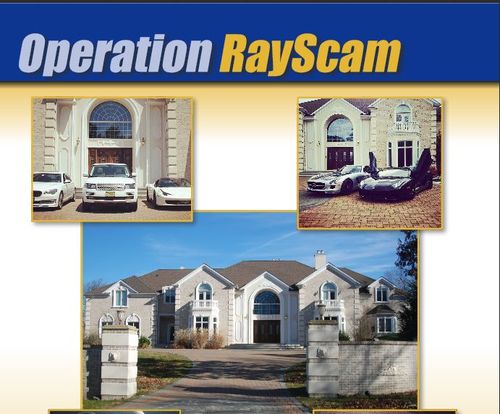 Perhaps this is what brought the whole enterprise to the attention of the law. We may need to wait for trial to find that out.

If there is a trial, that is. Several similar recent cases of Indian immigrant medical ethics have resulted in mere out-of-court financial settlements. Thus, the Times of India reported: Indian-American doctor to pay $400K to resolve fraud case, January 8, 2014. (American newspapers carefully do not say when a criminal is an Indian immigrant—the Times of India, on the other hand, always does.)

An Indian-American physician will pay $400,000 to resolve allegations that he and his clinics violated federal laws by billing a government insurance programme for vein injections and physician office visits performed by unqualified personnel.

Florida-based Ravi Sharma agreed to pay the amount to resolve allegations under the False Claims Act, the justice department announced on Monday.

As part of the settlement, Sharma entered into a three- year integrity agreement with the Office of Inspector General of the Department of Health and Human Services.

This “integrity agreement” required Dr. Sharma to “attend training courses provided by the Centers for Medicare and Medicaid Services and provides for an independent external review of his federal healthcare program coding and billing procedures.”

That might be appropriate if he had been accused of blotting his paperwork. But he was found to have ordered unqualified non-physicians to perform invasive medical procedures.

And there is this case, also reported by the Times of India, on July 10th of this year: Indian-American couple arrested on charges of healthcare fraud.

In yet another crime involving medical testing in New Jersey by Indian immigrants, Nita and Kirtish Patel owner/operators of Biosound Medical Devices and Heart Solutions were charged with conspiracy to commit healthcare fraud. The government alleges that they just made up test results without any doctor input whatsoever, referring the test result under a forged signature to the trusting patients’ primary physician.

Not surprisingly, the Patels found the 100K bail money and are under a travel restriction to stay in New Jersey.

Finally, there is Indian–American firm to pay $15 million to resolve fraud claims,from the ever illuminating Times of India [February 26 2014]:

A diagnostic firm founded by an Indian-American physician, will pay of USD 15 million to the federal government to resolve allegations that it falsely billed for health tests that were never performed. Diagnostic Imaging Group (DIG) has agreed to pay 13065 million dollars to the government and an additional 1.85 million dollars to New York and New Jersey to resolve the allegations.

DIG was established by the husband and wife team of Leena and Nitin Doshi. Leena came to the United States in 1973 to study radiology. Her husband Nitin, a dentist, gave up practicing so that they could start DIG in 1985.

Touchingly the Times of India reports that “the husband-wife duo has in the past been awarded the Ellis Island Medal of Honor, which is given to immigrants for their contributions to America.”

So far I can’t establish if the medal has been repossessed by the National Ethnic Coalition of Organizations (NECO) who give the medal out. Maybe they don’t care.

So many such cases flow through our court system that one could keep up a full time blog just chronicling them all. In writing this, I had to leave out several for the sake of brevity. And these cases are limited to the medical field. Cases involving Indian perfidy in other professions are legion and deserve their own subspecialty.

Only really egregious ones, like that of the Zuberis, may result in incarceration.

It is shocking, however, that obviously fraudulent billing by presumed professionals is dealt with by American law enforcement in a manner that lets the guilty resume practice. It’s as though the government doesn’t believe its own case. If fraud is found why allow the fraudster to continue?

It’s perhaps understandable in regulatory law for the government to view fines as just punishment for falsifying records. But some of these cases involve falsifying diagnostic tests—which could put lives at risk. Our government’s merely fining these so called professionals and sending them on their way is as bad as what these fraudsters did in the first place.

Indeed it is worse. We give MDs and labs our trust. Our government knows better with these people now. Yet it lets them loose on the citizens again.

The citizenship status in all the cases I reviewed is never made clear. Some are certainly dual nationals. But is it too much to ask for our government to rescind the citizenship and immigration status of persons we welcomed but who turned on us?

The comments section of the Indian Times evidences this mentality all too plainly.

“When you charge high taxes, tax frauds are supposed to happen.”

“Good; Indians seem to be showing US Govt officials ways to make extra money. Pity that they refuse to learn.”

In fairness, some commenters do lament what they see as the almost universal corruption characteristic of their fellow Indians, and are saddened that it makes them all look bad in the eyes of Americans and the world. Significantly, they are met with little rebuttal among the mostly Indian readership.

All groups have bad actors among them. But these Indian scam artists seem to rely on a family-against-the-world mentality that makes Sicilians look like loners.

It is astounding that these Indians live among upper middle class American suburbanites while cheating their government. This is no case of poverty generating loose practices. This is a matter of skilled people regarding their fellow Americans simply as outsiders to be preyed upon.

We in the West have a tradition of high trust regarding our professions. Doctors were always held in high esteem along with professors, judges, architects and engineers. This has been slipping for some time, but the wholesale inclusion of professionals from low-trust, low-civic-rectitude societies like India can only accelerate our decline.

The United States is not a grab bag for the rest of the world. We need to stop immigration from non-Western societies.

Thomas O. Meehan (email him) is a free-lance writer and former government Senior Research Analyst and law enforcement official. A refugee from the People's Republic of New Jersey, he now lives in Bucks County PA. He blogs from Odysseus On The Rocks.