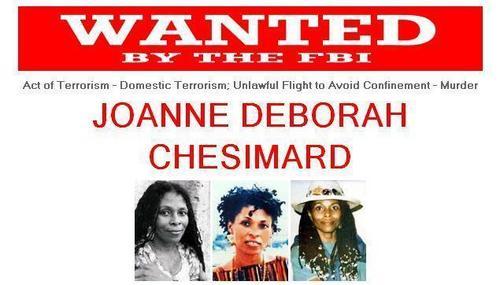 "What Assata taught me" is the new "Hands up, don't shoot."

For $35, you, too, can sport a politically correct black hoodie emblazoned with a fugitive convicted murderer's name. Assata's apparel is the new rage among perpetually enraged Baltimore and Ferguson social justice warriors. It won't be long now before hipster actresses and cable news progressives are Instagramming themselves wearing this latest entry in radical chic to show their "solidarity."

Here's what Assata taught me: The left's sick fetish for cop-killers is still going strong after four decades of violence, bloodshed, bigotry and excuses. The timing couldn't be more blood-boiling. As the relatives, friends and colleagues of NYPD Officer Brian Moore, 25, prepare to bury their hero on Friday after he was brazenly shot in the face this weekend by a thug with a long rap sheet and a deep hatred of police, Assata's army remains as militant as ever. 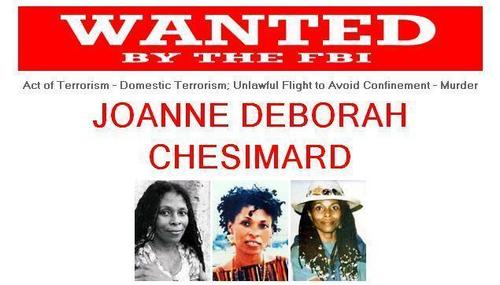 "Assata" is Assata Shakur, a.k.a. Joanne Chesimard. Forty-two years ago this week, the radical black leader shot and killed New Jersey state trooper Werner Foerster execution-style during a traffic stop. The gunfight also left her brother-in-law, Black Liberation Army leader Zayd Malik Shakur, dead. At the time, the BLA had been tied to the murders of more than 10 police officers across the country. Before Chesimard's shootout, the BLA had ambushed two pairs of NYPD officers in a 48-hour spree, killing two of them; murdered another cop in Atlanta; and executed another pair of NYPD officers in 1972.

Chesimard, Zayd Shakur and another member were wanted for questioning in the murder of two of those cops when they were stopped.

Just as New York City has endured the targeted assassinations of three officers (Moore, Wenjian Liu and Rafael Ramos) in the past five months by vengeful black assailants—plus the hatchet jihad attack last October that wounded Officer Kenneth Healey in the head and slashed Officer Joseph Meeker in the arm—the nation endured a "terror and chaos" campaign by the BLA aimed at "assassinating law enforcement officers" between 1968 and 1973 and again in 1981.

Chesimard was convicted and sentenced to life in 1977, but escaped from prison two years later with help from violent leftwing accomplices. Chesimard's colleague, BLA killer Tyrone Rison, admitted to participating in a series of armored-car robberies, including a $250,000 heist in the Bronx in June 1981, which left a Brink's guard dead. Rison also confessed to taking part in the planning of the Rockland County, N.Y., $1.6 million Brink's robbery by leftwing domestic terrorists in October 1981. Police officers Waverly Brown and Edward O'Grady and Brink's guard Peter Paige were murdered during the siege. Chesimard's brother, Jeral Wayne Williams (a.k.a. Mutulu Shakur), was the convicted ringleader of the group responsible for murdering those law enforcement officers; he also masterminded Chesimard's escape. His release is set for February 2016.

Chesimard has lived comfortably in Cuba ever since her escape thanks to the generosity of Fidel Castro. The cop-killer diva has been hailed by rappers Jay-Z and Common—and now she's a hoodie heroine. Assata is, plain and simple, a domestic terrorist who represents lawless hatred of the police. There has been no peace for the families of those whose loved ones sacrificed their lives on the front lines. Where is their justice?

Despite impassioned pleas for Assata Shakur's extradition by law enforcement leaders in New York and New Jersey, the Obama White House has done nothing. Nada. The inaction speaks for itself. And his bland words of support for the police ring hollower than a hula hoop.

Before chumming it up with David Letterman and raising cash for the DNC on Monday, the president took a few seconds to pay obligatory tribute to fallen officer Brian Moore. He and his fellow cops, Obama mumbled, "deserve our gratitude and our prayers, not just today, but every day." Stuff it. By his inaction on long-festering anti-police vigilantism, it's clear which side the social-justice warrior in chief stands on: the side of Assata, Castro and the cop-hating mob.