“We Must Disenthrall Ourselves [From Immigration Madness] And Then We Shall Save Our Country.” Help VDARE.com now! 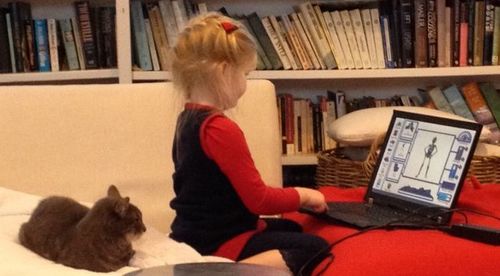 Buried in the provisions of CRomnibus, which the Senate passed after a wild ride on Saturday night, is a provision raising the cap on donations that wealthy individuals can contribute to political parties. Both major parties leaderships (and their parasitical consultants) like this because they hope to drown their rebels in Establishment money. But at VDARE.com we regard this as a mark of success—the 2014 primaries showed that GOP Establishment candidates need to spend ten and twenty times as much per vote as their immigration patriot opponents, and they’re worried. To put it another way, every dollar you give to VDARE.com means the Treason Lobby must extort some multiple of that from its credulous corporate clients to suppress the electoral force of our ideas. Give (tax deductibly) to VDARE.com—the gift that goes on taking!

VDARE.com’s Christmas Fundraising Appeal began brilliantly, but has now slowed. Here’s why I must urge you to help us get it moving again:

It was a miracle (almost)!

Absolutely nobody expected Thursday’s CROmnibus fiasco. The Obama Regime allied with the Congressional GOP leadership (why?) were humiliated by their near-failure to push through the U.S. House of Representatives a huge pork-laden spending bill that, among other things, funded Obama’s Executive Amnesty through February.

The U.S. Senate has still to pass CROmnibus. Its vote has been postponed until Monday—obviously for fear another accident might happen.

At the very least, the CROmnibus fiasco makes it suddenly much more likely that the GOP Congressional leadership will be forced actually to do something about Obamnesty in February, as it has repeatedly promised.

Absolutely nobody expected this—except me (sort of!)

Last Friday, when I spoke briefly to our VDARE.com Christmas party in New York, at a time when the GOP Congressional leadership’s intention to duck Obamnesty did not yet appear to have provoked serious opposition, I noted that miracles happen quite often in politics. For example, no-one in the 1970s expected the Soviet Union to collapse.

Strategically, I really believe that within the lifetime of my little daughter Felicity (pictured above) this mad episode of mass unassimilable immigration, not just into the U.S. but into the entire First World, will be not merely over, but forgotten.

Tactically, I believe that the irrepressible immigration-driven conflict developing between America and Anti-America will cause the use of expedients and ideas that the conventional wisdom currently dismisses as unthinkable.

Of course, it’s been damped down now, by the Main Stream Media and the Congressional GOP, in another mysterious alliance. But it will be back. (Wouldn’t it have been easier than this protracted budget war?) You haven’t heard much about secession, because it’s not yet on the MSM’s radar. But there are at least a dozen of state-level secession movements quietly percolating away across America right now.

These are just two examples. Regular VDARE.com readers will know there are many others.

Perhaps the most important:

But here’s another one for the New Year: VDARE.com has been discussing this concept in depth since 2001; we were amused to see a National Review editor has just proposed it (in another publication).

In an age of gathering crisis, VDARE.com exists to think the unthinkable—to push the envelope—to develop an unconventional wisdom—to take the radical approach.

Because, in the very near future in America, it will be necessary.

In doing this, we are following in the footsteps of an undeniably great American President (although one not without critics among our readers): Abraham Lincoln. He famously said in 1862, in his Second Annual Message to Congress:

“The dogmas of the quiet past, are inadequate to the stormy present. The occasion is piled high with difficulty, and we must rise—with the occasion. As our case is new, so we must think anew, and act anew. We must disenthrall ourselves, and then we shall save our country.”

The constitutional threat posed by Obamnesty is certainly as grave as that posed by Roosevelt’s court-packing in the 1930s—and arguably as serious anything since the Civil War.

The existential threat posed to America by mass immigration, illegal and illegal, is unquestionably as serious as the Civil War itself.

At VDARE.com, we believe by thinking anew, and acting anew—by taking the radical approach, and getting these ideas into the hands of grassroots citizens across America—we shall, indeed, save our country.

We think the fact that grassroots patriots melted down the Capital Hill switchboard yet again this week vindicates our strategy.

Help us now! I (and Felicity, and Trooper) will be profoundly grateful.

There are several options for making your tax-deductible donation! Just click on one of the following links and it will bring you to the page you need to make a donation in the manner you've chosen.