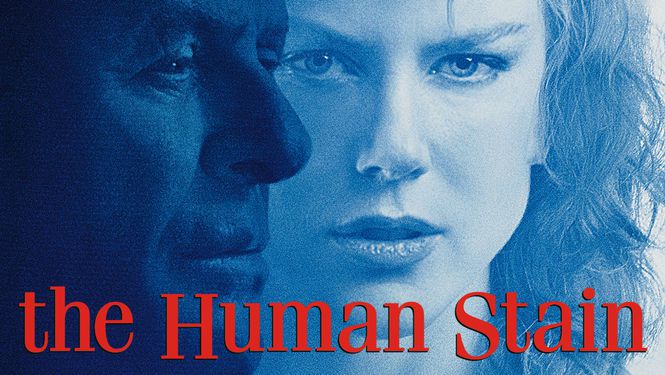 Unrealism and Race—A Failure Of (George) Will?

If you've already seen the magnificent Master and Commander and want another intelligent film for grown-ups, Robert Benton's adaptation of Philip Roth's vigorous novel The Human Stain is one of the more interesting movies about race.

The reaction to The Human Stain is interesting too—although depressing evidence how far race flat-earthism has infected the Beltway Conservative Establishment.

Anthony Hopkins plays the movie's central character, American classics professor Coleman Silk, a scholar who is labeled a racist by his colleagues in one of those absurd but destructive witch hunts that are such a pox on academia.  Ironically, unknown to everyone, Silk is from an African-American family himself. But he has been passing as a Jew.

Welshman Hopkins looks like neither one. Accordingly, his casting has been widely criticized. George F. Will, however, has defended Hopkins' selection. To Will, the many criticisms are misplaced because race is only, you know, skin deep:

"The movie turns on what we see: pigmentation—a stain, of sorts. Visually, Silk is quite simply not black. And aside from the visual, what is race?"

"Cinematically, what was the solution to taking Silk off the page, into visibility?"

Well, we can't expect Will to think terribly deeply about filmmaking, but the solution to this simple technical problem is make-up.  Hollywood has cosmetic artists so talented they can make Eddie Murphy into a little old Jewish man in the barbershop scene in Coming to America. They can certainly make a white star look ever so slightly African.

In fact, they did just that in the wonderful comedy about the mixed race roots of country music, O Brother, Where Art Thou? The Coen Brothers had George Clooney made up in such a subtle way that you simply assume he's supposed to be pure white … until you see that one of his seven daughters is clearly of mixed race. Suddenly, you notice that Clooney has been made up to look a bit black, too.

Unfortunately, makers of serious films are now so terrified of putting whites in blackface—like Al Jolson in The Jazz Singer—that Human Stain director Robert Benton apparently didn't dare use this obvious way out.

If not about filmmaking, however, we can expect Will to think deeply about race. But instead, he appears to have fallen completely for the race deniers' line that race is just cosmetic:

"Roth's Roman candle of a novel emits showers of ideas, but does not explicitly raise the absurdity and obscenity of the 'one drop' rule, which still governs much thinking about race. However, readers and viewers can hardly avoid reflection about the assumption that any admixture of 'black blood' makes one black. Silk, who is very light-skinned, lives a life in flight from what has come to be called identity politics."

But fixating on boundary quibbles is causing Will to miss the wood for trees. Whatever the drawbacks of the "one-drop" rule, the grander truth is that race is an objective reality. Race is who your relatives are. (Here's my essay "It's All Relative" explaining my proposed definition of racial groups: "partly inbred extended families.")  And this objective reality has many consequences.

The Human Stain's author, Philip Roth, a disillusioned 1950s liberal, has a far more profound understanding of all this. Indeed, Roth's novel was largely inspired by the fascinating life of one of the biggest boosters of his own career, the distinguished New York Times book reviewer Anatole Broyard (1920-1990). Broyard was an erudite and urbane man-about-Greenwich-Village of moderately conservative politics—Ernest van den Haag was a confidante.

Broyard never told his children that all their paternal ancestors had been legally considered Negroes. Nonetheless, numerous African-Americans, and some whites, recognized that he was part black. For example, Henry Louis Gates reports that legendary jazzman "Charlie Parker spied Broyard in Washington Square Park one day and told a companion, 'He's one of us, but he doesn't want to admit he's one of us.'" (Here's Broyard's picture.)

Roth is deeply sympathetic to Silk's reinvention of himself. But, unlike Will, he also understands its human cost. Broyard blocked his darker-skinned sister from meeting his children until his funeral. And when the young Silk changes his race, he cuts his clearly part-African mother off from his new family.

In the novel, Silk's mother's responds to his announcement with this moving soliloquy:

"'I'm never going to know my grandchildren,' she said. 'You're never going to let them see me,' she said. 'You're never going to let them know who I am. "Mom," you'll tell me, "Ma, you come to the railroad station in New York, and you sit on the bench in the waiting room, and at eleven twenty-five A.M., I'll walk by with my kids in their Sunday best." That'll be my birthday present five years from now. "Sit there, Mom, say nothing, and I'll just walk them slowly by." And you know very well that I will be there. The railroad station. The zoo. Central Park. Wherever you say, of course, I'll do it. You tell me the only way I can ever touch my grandchildren is for you to hire me to come over as Mrs. Brown to baby-sit and put them to bed. I'll do it… I have no choice.'"

Will is so blinded by ideology that he fails to grasp the emotional power of this, the movie's best scene. Indeed, he is so hot to denounce "identity politics" that he views Silk's poor mother as the villain! He writes—

"When he informs his mother of his intention to 'pass' as white, she says: 'You aren't going to let them see me, are you—my grandchildren.' After acidly asking, 'Suppose they don't pop out of the womb as white as you?' her parting word to him is: 'murderer.' But although his manner is silky smooth, he is steel straight through: He never flinches from the discipline inherent in the path he has chosen. "

Self-proclaimed "Tory" George Will ends up sounding like a vulgarized Ayn Rand:

"His mother says he is choosing to live like a slave … But is he enslaved by his secret, or is he liberated by it because it is his choice to be 'neither one thing nor the other'? Creating this impenetrable zone of privacy is his act of supreme sovereignty."

Bunk. In truth, no man is an island. We are all bound to our kin in ways that we never chose—ties both joyous and tragic that can't be redefined out of existence.