The DACA business is getting interesting.

Just to remind you, DACA stands for Deferred Action for Childhood Arrivals, Barack Obama's Executive Order giving renewable two-year work permits to illegal aliens under age 31 who claimed they were brought to this country by parents before age 16.

Note the ages there. That age 31 was the ceiling for eligibility when DACA was enacted five years ago. So there are illegal aliens carrying those work permits who are 36 years old. Indeed, given the reliability of Central American birth records, there are very probably DACA recipients in their forties among us.

I mention this because you'd never know it from Main Stream Media coverage of DACA, which features winsome little kiddies. 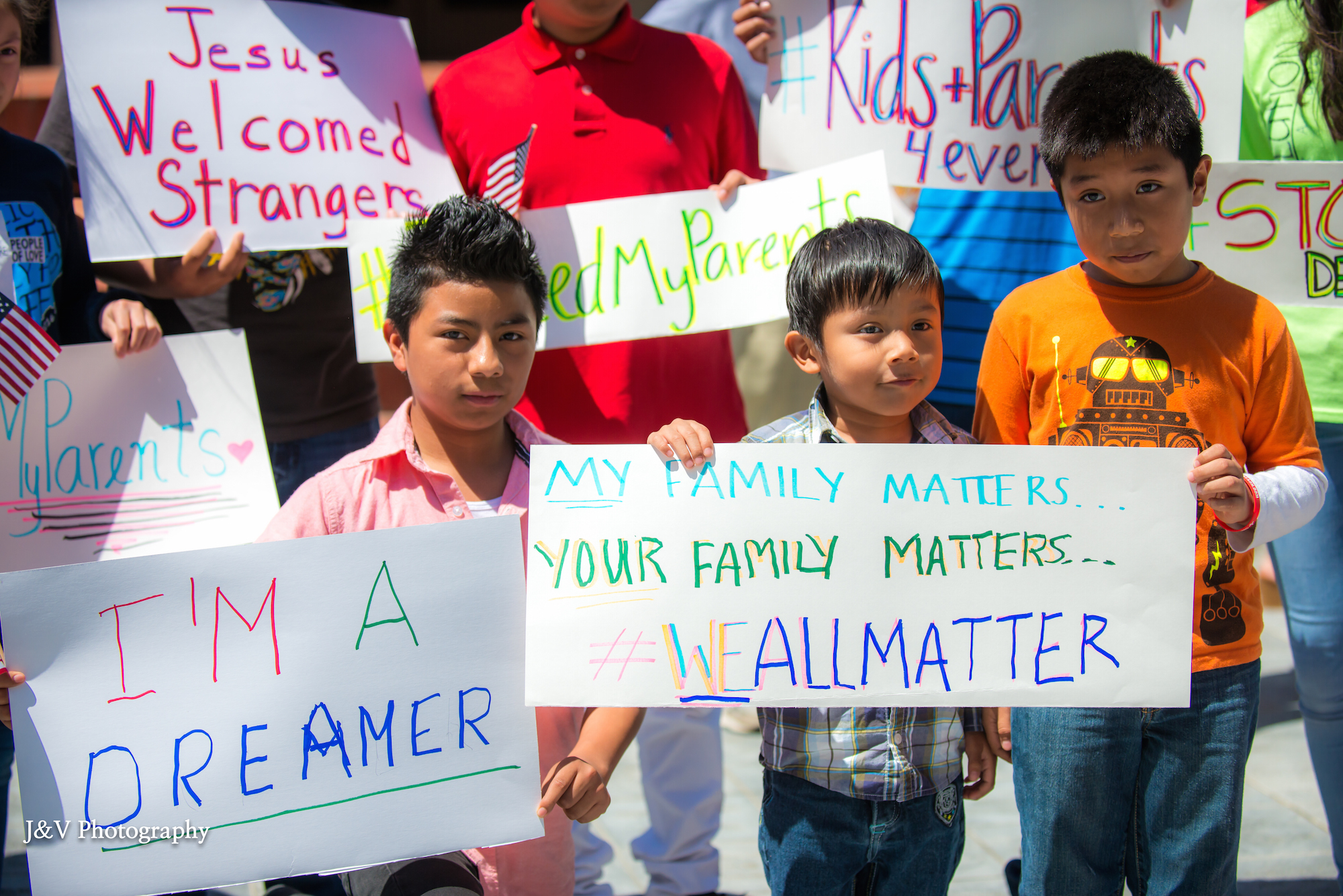 As I've been reporting, if DACA is still with us on September 5th, Attorneys General from ten states will file suit in Texas to have DACA declared unlawful on constitutional grounds. There is of course no guarantee the court will kill DACA, as it killed DAPA, but there's an excellent fighting chance.

So there's a solution there in the Judiciary. There has always been a solution in the Executive. President Trump could end DACA at any time by order. On the campaign trail, he promised to do so on Day One of his presidency.

That's two of the three branches. What about the Legislative Branch?

Believe it or not, the congressroaches are stirring themselves to action. Quote this week from Paul Ryan, Republican Speaker of the House: "I believe that this is something Congress has to fix."[ GOP lawmakers urge Trump to leave DACA alone, let Congress handle legislation, by Eliza Collins, USA TODAY, September 1, 2017]

Speaker Ryan is a dyed-in-the-wool Open-Borders guy graded C by NumbersUSA. He never saw an illegal alien he didn't want to give a big warm hug to.

I've urged the President not to rescind DACA, an action that would further complicate a system in serious need of a permanent, legislative solution. I've long advocated for tougher enforcement of our existing immigration laws. But we also need a workable, permanent solution … and that solution must come from Congress.

With Trump's finger hovering over the destruct button and that court in Texas about to suit up, the cheap labor lobbies have been cracking the whip; and when their donors crack the whip, the congressweasels jump. We could be looking at a legislated Amnesty here.

That would be shameful enough in itself. But as always with immigration issues, you have to think of the numbers.

The actual number of actual DACA recipients is about 800,000. But remember that is the thin end of a mighty wedge. So long as our system of chain migration is in place, Congress would be giving residence rights not only to that 800,000, but to untold millions of their fathers, mothers, brothers, sisters, uncles, aunts, nieces, nephews, … Congress would be legislating for a faster pace of demographic replacement.

I have mixed feelings here. What particularly makes me, and a lot of other Americans, angry about this situation with illegal aliens is the lawlessness of it.

The nation I believe in, the nation I want to live in, is a nation of laws. I want to elect legislators, who make laws, which are then faithfully enforced by officers of the executive.

In regard to immigration, we don't live in that country, and haven't for decades. There are tens of millions of illegal aliens among us, testifying to thousands, perhaps tens of thousands of executive personnel neglecting their sworn duties. [The Myth Of The 11 Million: Wall Street Analyst Estimates 21-25 Million Illegals Now In U.S.,by Nicholas Stix, November 23, 2014,]

That's two of the three government branches. What about Congress? Sure, they've passed laws regulating immigration; but the laws haven't been enforced, and Congress hasn't done anything about their not being enforced.

When did you last hear of a businessman going to jail for employing illegals? Or a college president being arrested for harboring illegals, as Janet Napolitano should have been last year when she defied plain federal law in the University of California.

So here are my mixed feelings:

It's nice to see Congress stirring from their dogmatic slumbers to take an interest in immigration legislation.

On the other hand, if the laws the congressreptiles pass are just dictated to them by their donors from the Cheap Labor lobbies, and if the congresscritters can think of no meaning for the phrase "immigration reform" other than Amnesty, we're no better off than we were before.

Except, I guess, that we can at least vote the swine out of office. Let's do that!

If you care about the country your children and grandchildren will live in, or just about the firm rule of law, don't vote for any congressperson without first checking his immigration scorecard on the NumbersUSA website.

(Here is what NumbersUSA thinks, as of this afternoon, of what is obviously a wild struggle over DACA inside the White House: The Time for President Trump to End DACA Has Long Passed, by Eric Ruark, Sept 1, 2017.)

And in between elections, if Congress tries to slip through an Amnesty, Americans should—and I believe will—do what they did when George W. Bush tried it, and again when Barack Obama tried it: swamp the congressional switchboards and mail boxes.

Remember, despite the current hoopla, attempts to Amnesty the so-called DREAMERS are not new. The last failed in 2011—which is what forced Obama to try to do it by Executive Order, something he had previously said he could not do.

The DREAM Act can be stopped again.