Trump Doesn't Have To EXECUTE Rogue Judges—He Can Just Lock Them Up, Like Lincoln Did!

(BREAKING NEWS: Just today rogue Judge Watson has turned his Temporary Restraining Order into a permanent injunction). The U.S. Constitution’s system of checks and balances is obviously headed for a major test as Leftist judges attempt to seize control of immigration policy. But it’s not the first such test in American history. Congress and the President have plenty of recourse, including impeachment but going far beyond it. They just need the guts to act.

Obama undertook similar policies but, needless to say, no judge found fault in that president. 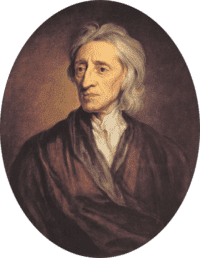 As it happens, John Locke, perhaps the greatest intellectual influence on the Founding Fathers, anticipated this problem:

[W]hosoever in authority exceeds the power given him by the law, and makes use of the force he has under his command, to compass that upon the subject, which the law allows not, ceases in that to be a magistrate; and, acting without authority, may be opposed, as any other man, who by force invades the right of another.—Second Treatise of Civil Government, Sec. 202, Chapter 18.

Indeed, the idea that judges might attempt to pervert or overthrow the law, and should be punished for it, was raised far back in antiquity. The Old Testament itself makes reference to problem judges, whom the Jews referred to as “Rebellious Elders.” Deuteronomy 17:11-12 reads: Significantly, George Horowitz in his 1953 book  The Spirit of Jewish Law. A Brief Account of Biblical and Rabbinical Jurisprudence with a Special Note on Jewish Law and the State of Israel writes

According to the Talmud, the prohibition in Deut. 17:12 did not refer to an ordinary man who refused to abide by a decision of a priest or a judge, but applied only to a judge: that is, an Elder (Zaken) a member of a superior court, such as the Sanhedrin of Twenty-Three or the High Court in Jerusalem. Such an elder who defied an authoritative Rabbinic interpretation of Torah only, not an interpretation of Rabbinic law, was found guilty of a capital offense. [P. 200]

Whether the Supreme Court could pardon a rebellious Elder and overlook the affront to its authority and the damage to law and order, was debated in the Talmud. The opinion of the majority was against pardon, as it would tend to increase divisions in Israel. [P. 201]

This was a case of recourse via state legislature. Thus judicial review checked the power of Congress. This was essentially a unilateral declaration of authority by the federal courts. This is an example of a direct check of the Executive Branch by the people. This is a particularly interesting case because SCOTUS had made a technically correct ruling, but found its power was not supreme in the face of moral outrage. Here the U.S. Congress checked the “Imperial Presidency" by limiting its ability to deploy American troops. The threat of this act being invoked arguably prevented Barack Obama from attacking Syria.

Previous American presidents battled to keep the Judicial Branch from intruding on what they viewed as Executive prerogatives:

Note that these were cases when the judges appeared to have actually paid attention to existing statute and precedent—the Executive Branch just didn’t like the result.  But today, we have legal “doctrines” which are simply invented. For example, the much-touted “separation of church and state” is based on a letter that Thomas Jefferson wrote to the Danbury Baptists in which he used that term. The letter was not a founding document, an executive order, nor an Act of Congress—hardly a foundation upon which to build a legal principle. It was simply seized upon after nearly 150 years by Supreme Court Justice Hugo Black, a New Deal appointee, in Everson vs. Board of Education (1947). But it is still widely utilized by the courts today—simply because no other branch of government will stop them.

Rule by judges, “kritarchy,” has been developing in the U.S. for several decades. But is push now coming to shove, over the Left’s determination to Elect A New People.

President Trump may not have sufficient votes in Congress to impeach rogue judges. His best bet may be to follow the example of Andrew Jackson. When a judge or court tries to trample on presidential prerogatives, he might simply send the offenders a polite message, explaining that he is not required to comply with an illegal order, with a note indicating where the illegality lies, and proceed with business as intended.

And necessity may dictate that he consider Abraham Lincoln’s approach to insubordinate jurists.

In either case, he will be aided by the fact that the jurists who now confront him aren’t showing the basic respect to the law their more distinguished predecessors did.

They are, indeed, Rebellious Elders.

Patrick Cloutier [Email him] is the translator of Raciology (reviewed here) and the author of Three Kings: Axis Royal Armies on the Russian Front 1942.