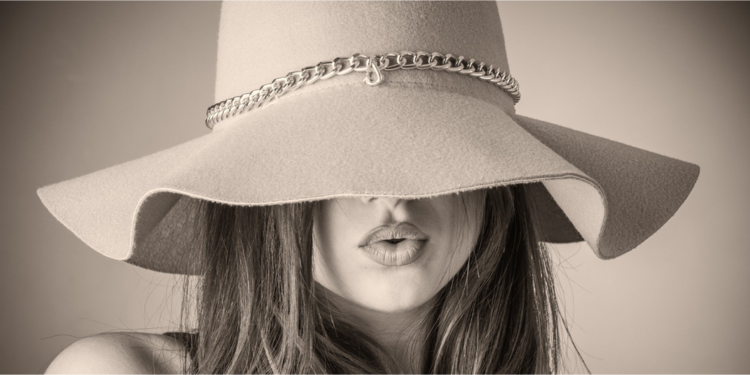 In his recent monumental work, Human Accomplishment, Charles Murray came up with 4,002 subjects who, as a Times Literary Supplement reviewer put it, "dragged their fellow men out of wattle-and-daub hovels and pushed them into space rockets."

Of special interest is that women comprise only two percent of these achievers: Six physicists, four mathematicians, five astronomers and thirty-seven entrants for Western Literature. There were no women philosophers of distinction and no front-rank composers.

In fairness, the legal emancipation of women only began in earnest in the 19th century—a situation that parallels the predicament of the Jews.

"Until the end of 18C throughout Europe, and well into 19C in most parts of Europe," writes Murray, Jews "lived under a regime of legally restricted rights and socially sanctioned discrimination as severe as that borne by any population not held in chattel slavery."

One possible explanation for this discrepancy: the alleged greater variability in men's intelligence. The "Bell Curve" of their IQ distribution seems to be less bunched around the median IQ than that of women. They are, consequently, more likely to enjoy very high but suffer very low IQs.

The subjects in which so few women have demonstrated excellence require particularly high IQs. And women, so the theory goes, simply have fewer high IQs.

However, Professor Richard Lynn, co-author of IQ And The Wealth Of Nations, argues that men enjoy an advantage in average IQ—their median may be as much as five points above that of women. This means that there are even more high IQ men than women. At an IQ of 145 there are about ten men to one woman.

The other popular but less credible explanation involves the equal-but-different approach to aptitude. Men are better at math, spatial and mechanical reasoning; women at verbal skills. Women's mathematical reasoning might not be as good as men's on average but women, according to this theory, make up for it with superior verbal fluency and artistic flair.

Lynn, working from his developmental theory of sex differences in intelligence, demonstrates that while men do enjoy the aforementioned advantage, adults are, on average, equal in verbal ability, with one minor exception: women are better at spelling and foreign languages.

Women's relatively scant accomplishments in the second half of the 20th century as quantified objectively by Murray certainly puts meat on the bones of Lynn's findings.

Since 1950, women have won only five Nobels in literature. And some of those are questionable. How can one put Toni Morrison into the literary company of Patrick White, Albert Camus, and Isaac Bashevis Singer?

In past years, the literature prize went to authors of the caliber of J. M. Coetzee, Günter Grass, and V.S. Naipaul.

I'm not suggesting the grumpy Jelinek is a fraud like Guatemalan leftist and Peace Prize winner Rigoberta Menchu. Some of Jelinek's dusty works, translated crudely into English, showcase some skill (if one can stomach the contrived subject matter). However, unlike her male predecessors, she is better known for politically correct posturing than for penning memorable works of literature.

Questions also surround this year's choice for the most prestigious prize in medicine. I personally doubt whether Linda B. Buck's olfactory discoveries warranted a Nobel (shared with Richard Axel). For example, this year's Nobel winners in Chemistry—two Israelis and one American—appear to dwarf the Buck and Axel smell sensation.

Was the committee compelled perhaps to showcase at least one female scientist?

To overcome the shortage of women in male-dominated professions, some institutions are stacking the deck.

Statistician La Griffe du Lion has documented the campaign to make entry into engineering schools easier for women. To overcome the advantage that men have on the crucial mathematical reasoning sections of the admission tests, educational administrators are devising subtle ways to lower standards.

On a lighter note, look at the zany world of reality television—as presented in this scene from the first season of The Apprentice.

The task confronting the two competing teams was to refurbish and rent out two apartments. The team leaders—Katrina Campins and Troy McClain—were vying for the best apartment. Campins, tart and schoolmarm rolled into one, is a real estate "expert," but is unsure which apartment is the better bet.

Although it is unclear to what avail, Campins decided that she and her rival would write down and then exchange their respective choices. Troy McClain, who had been watching her closely as she brainstormed (or infarcted) for the camera, smiled amiably and complied. When Campins opened McClain's note, she went berserk. He had effortlessly outsmarted her: "I want what you want," McClain had written.

Then and there he figured out how to claim the prized pick by picking the professional's brain.

Of course, The Apprentice candidates constitute a restricted sample, chosen for a combination of looks and status.

Despite this, the disparities in character and cerebral agility between the men and the women could not be more glaring. An obviously déclassé act, the women would have been utterly risible if they were not so revolting.

I sincerely hope The Apprentice is not an accurate reflection of the crème de la crème of up-and-coming distaff America.

As a measure of woman, the Nobel Prize is depressing enough.

Ilana Mercer [email her] is a columnist for antiwar.com and the author of Broad Sides: One Woman's Clash With a Corrupt Culture, the Foreword to which was written by Peter Brimelow.