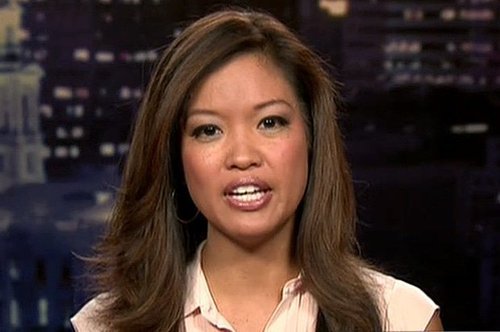 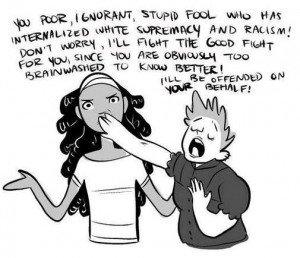 I have had enough of smug liberal elites wrapped in their "Celebrate Diversity" banners tearing down minority conservatives.

Look in the mirror, media and academia bigots. Your own reflexive racism and divisive rhetoric are poisoning public discourse. There's nothing "progressive" about attacking the children and grandchildren of immigrants who proudly embrace an American identity.

We are not "self-hating." You just hate what we believe.

The most recent grenade tossed by the jack-booted Enforcers of Ethnic Authenticity came from The Washington Post this week. The Beltway fish-wrapper hyped a 2,100-word investigation of GOP Louisiana Gov. Bobby Jindal with a condescending quote from Professor G. Pearson Cross [Email him] who sneered: "There's not much Indian left in Bobby Jindal."

The Post quoted a grand total of one disgruntled Democratic donor who railed against Jindal for "forgetting" his "heritage" and his "roots." But that was more than enough for the apartheid-lite adherents to heed the dog whistle immediately. The Post's splashy attack on Jindal's assimilationist ethic spawned a vile Twitter hashtag game: #BobbyJindalIsSoWhite.

Left-wing racists mocked his skin color, his kids and his decision to change his name from "Piyush" to "Bobby." A New York Times digital editor, Shreeya Sinha, gleefully linked to a BBC compilation of "The best of #BobbyJindalisSoWhite." NBC News gloated over tweets from liberal Indian-Americans who mocked the accomplished governor, Rhodes scholar and father of three as a "Jindian."

It's the same old, same old from radical academics and reporters who spurned assimilation as a common goal long ago. As I've long observed, the media-ivory tower complex's fidelity lies with bilingualism (a euphemism for native language maintenance over English-first instruction), ethnic militancy, extreme multiculturalism and a borderless continent.

If we conservatives "of color" refuse to promote the welfare state, unfettered abortion, affirmative action and massive immigration, we are guilty of "selling out."

Conversely, if I point out that my skin is far darker than that of the TV progressives of pallor who presume to know more than me about what it's like to experience prejudice, I'm accused of exploiting my ethnicity.

We're coconuts, bananas and Oreos (brown, yellow or black on the outside and "white" on the inside).

You can't win with these insane identity-mongers who preach compassion and peace while practicing vicious demagoguery. Black conservatives are "Uncle Toms." Jindal is an "Uncle Bobby." And GOP Gov. Nikki Haley, born to Indian Sikh parents, has been derided as a "female Uncle Tom." Jindal is "trying to be white" even though his parents are Indian and his wife's parents are both from India. Meanwhile, haters have accused me of being an "Auntie Tomasina" for marrying outside my race and taking my husband's name.

Marriage choice and marriage equality are sacred rights for everyone except minority conservatives.

Jindal and Haley are just the latest targets. Last month, it was son of Cuban immigrants Ted Cruz. White liberal journalist Mark Halperin took it upon himself to drill Texas GOP Sen. Cruz on his "favorite Cuban food" and demanded that he welcome socialist Sen. Bernie Sanders to the presidential race "en Espanol."

The civility police and tolerance mob find nothing wrong with their ad hominem assaults and vulgar litmus tests. They're just trying to make the world safe from the liberated minds of minority conservatives. Those of us who dare to succeed in America without relying on tribalist entitlements must be dragged back and down by the resentful, seething crabs in the collectivist bucket.

We are scorned for abandoning the militant hyphenated fetishism of the left.

We are punished for rejecting rigid boxes and boundaries and one-drop blood rules and permanent castes.

Assimilation is a Class A felony in the liberal rulebook and a threat to the Democratic grievance racket. Tell me who the real racists and bigots are again.