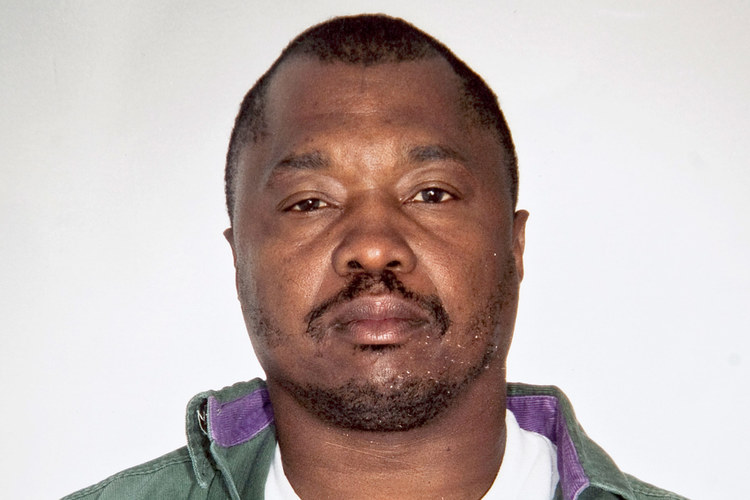 Robert Stacy McCain wrote a post on the accused in the "Grim Sleeper" murders, a career criminal named Lonnie Franklin (above) who is black.

"A small and fairly distinct group of career criminals — recidivists, habitual violators, call them what you will — account for the majority of serious crime in America. This fact was best illustrated in the early 1990s, when transit policy in New York City decided to crack down on subway turnstile-jumpers and discovered that about 15 percent of those apprehended were wanted on warrants for major felonies, including armed robbery, rape and murder.

"Murder is simply one end of a continuum of criminality and, therefore, leniency toward 'minor' crimes will inevitably result in more murders, as illustrated by the case of a suspected Los Angeles serial killer…"

McCain is linking to a story that says

"[Lonnie David]Franklin was arrested at least 15 times for car theft, burglary, assaults and other crimes, but avoided prison despite calls by law enforcement officials for tough sentences, according to Los Angeles County court records released Friday and obtained by the Los Angeles Times.

"Franklin faced up to three years in prison in 2003 after pleading no contest to receiving stolen property, He was sentenced to 270 days in jail and released in May 2003, more than four months early, the records showed. Two months later, the body of one of Franklin's alleged victims was found."[LA Grim Sleeper suspect had 4-decade arrest record, By Christopher Weber, Associated Press, July 10, 2010. Emphasis added (by Stacy McCain)]

I need hardly say that in its reporting the Associated Press identifies the victims as young black women—but not the suspect as a middle-aged black man.

What's surprising that McCain doesn't mention it either, and illustrates his post on the general problem of serial killers coming from the ranks of unpunished petty criminals with a picture of famous white killer Charles Manson, also a petty criminal for years before he got into the killer cult business.

I blogged a while back about black serial killers, and an article called African Americans and Serial Killing in the Media | The Myth and the Reality, By Anthony Walsh, Homicide Studies, November 2005 [PDF].

Walsh made a study of the actual crime statistics, and has constructed a table of crimes that tend to be forgotten.

"The 90 identified African American serial killers compose 21.8% of the sample of Black and White killers. This figure approximates the 22% estimate made by Hickey's (1997) sample of 337 serial killers of all races operating in the United States across a 165-year period.

"Given these findings, the next task is to try to determine why the reality is so far removed from the myth." (Emphasis added)

Actually, I think we know where the myth comes from—Hollywood, as above, for one. The protective function of the MSM's reporting habits for another.

African American comedian John Ridley has a joke that goes "You never see any black serial killers. Sure, we've got these gangs; they kill one or two people. But you white people—you're not happy 'til you got 35, 40 bodies piled up in your basement. "

Well, he's right that you never see these guys—they're not featured on Movie of the Week. But they're there. Here's the table: 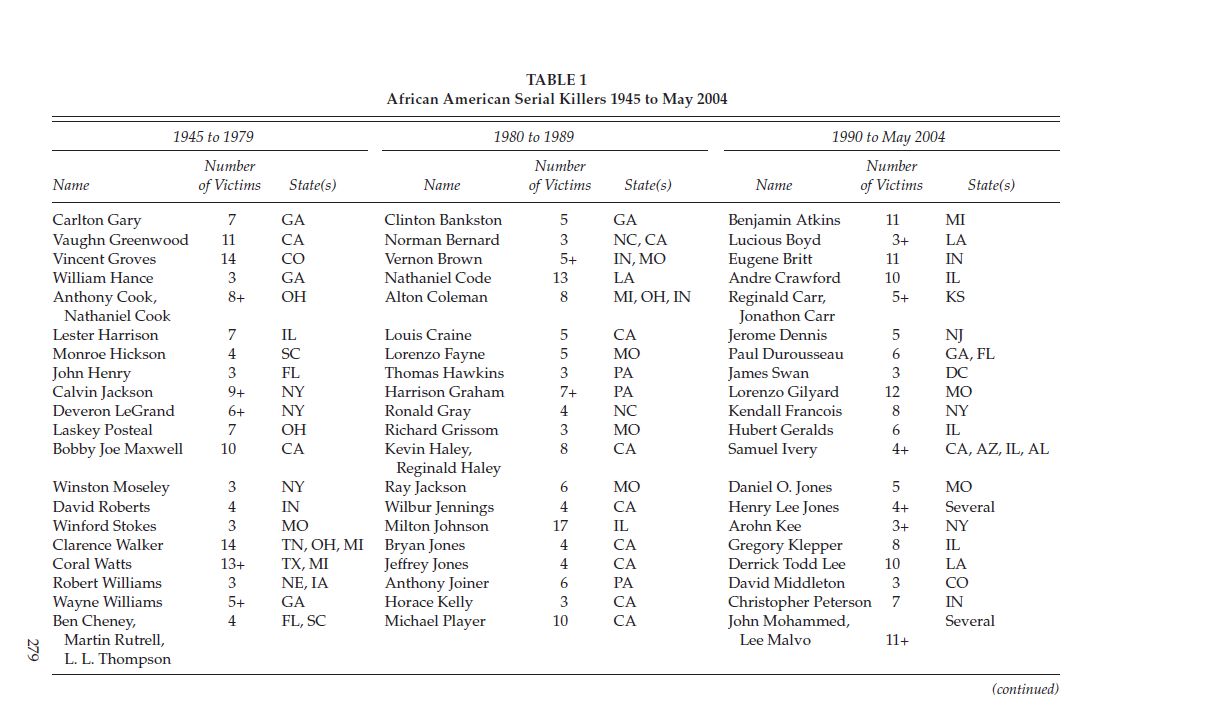 You can Google any of the names, and get more information.

Note that one of the ones in the early list is Winston Moseley, who stabbed Kitty Genovese. He counts a serial killer because he killed two other women, as well. As I blogged awhile back:

So the number of black serial killers is, as Anthony Walsh, says above, "approximately twice one would expect based on the average percentage of African Americans."

That means black serial killers are only underrepresented compared to the rate of regular, normal, street-corner crime in the African American community, which is even higher—the New Century Foundation's Color Of Crime  [PDF] says that

Black serial killers fall below that standard. But that's all.