"The challenge of dealing with minority officials who run afoul of the law is a pre-eminently Democratic problem" wrote Ross K. Baker with reference to Charles Rangel's various scandals. [The Burris problem, USA Today, February 25, 2009]

The other way of putting this it's because the Democrats have so many minority pols that they will continue to have corruption scandals. See Democrats Ignore Minority Corruption In Congress, by Michelle Malkin. (The headline is ours, not Michelle's—the column appeared elsewhere under the title Cold Cash, Hot Democratic Mess.) But it's the fashion to report the scandals of minority politicians without mentioning their race.

For example, you wouldn't know from reporting on the recent kerfuffle about kids being taught in school to chant in praise of Obama that Charisse Carney-Nunes, [email her] was African-American, [Picture] although that's a major part of her motivation in leading this chant.

Same with Mark Lloyd, Obama's FCC Diversity Czar. [Photo] Some of the reporting on him quotes a speech in which he plays the race card himself ("There are few things, I think, more frightening in the American mind than dark-skinned black men. Here I am.") But most of it just says that he's "suffered a recent barrage of criticism from right-wing commentators," without mentioning that he's black, although that has a lot to do with his career as Diversity Czar. Part of his background, after all, includes being a Martin Luther King Jr. Visiting Scholar at MIT, so it should be mentioned.

"After the last presidential debate, during which John McCain invoked Joe the Plumber's anti-socialism shot heard 'round the world, several taxpayer-subsidized employees in Ohio immediately rifled through government databases in search of damning information. The Columbus Dispatch identified Helen Jones-Kelley, director of the Ohio Department of Job and Family Services, as one of the dirt-diggers. She also happens to support Barack Obama and contributed the maximum amount to his presidential campaign." 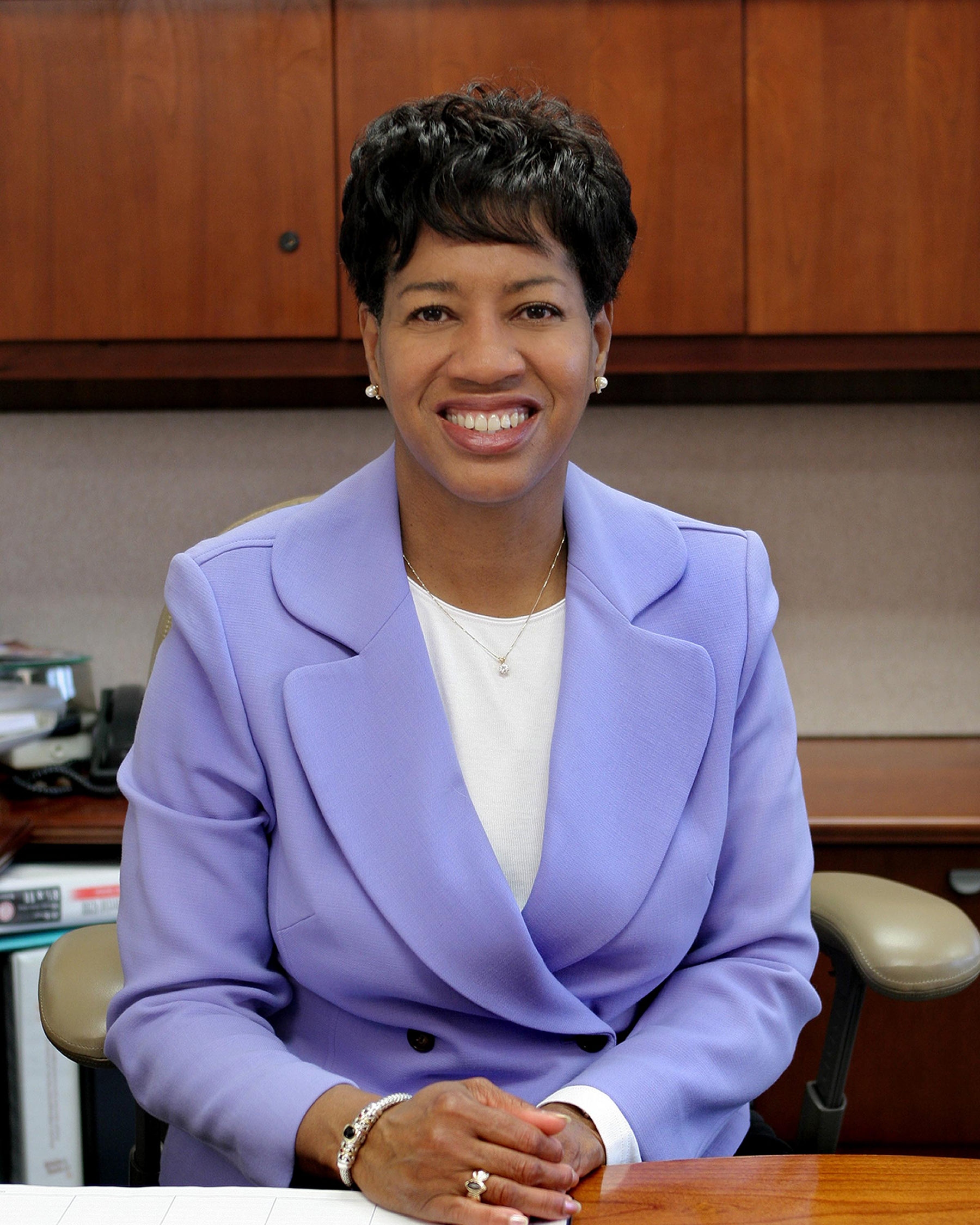 Helen Jones-Kelley also "happens" to be black. [Photo] I suspect the director of the Ohio Department of Job and Family Services is always black, certainly the man who replaced her is. But isn't that an important thing to mention when she's caught spying on a white middle-class opponent of Barack Obama?

Then there's Dianne Wilkerson—a crony of Governor Deval Patrick—who was famously caught on video by the FBI stuffing cash into her bra during a luncheon. [Photo] Coverage of her rarely mentions that she's black—except to play the race card.

Even negative coverage of these scandals, as in Michelle Malkin's column The Democratic Culture of Corruption [December 9, 2008] doesn't mention it. In fact, that column says

"Democrats and the media can no longer rest on the old rationalization that Blago is an exception to the 'we're cleaner than thou' rule. 2008 was the year of Democratic Reps. William 'Cold Cash' Jefferson, Charlie 'Sweetheart Deals' Rangel, and former Detroit Mayor Kwame 'Text Me' Kilpatrick. It was the year Democratic Massachusetts State Senator Dianne Wilkerson got caught stuffing bribes from an FBI informant down her shirt."

Except for Blagojevich, every corrupt Democrat in that paragraph was African-American.

It's not only politicians and criminals. In the infamous Pearson v. Chung "pants suit" case, in which District of Columbia administrative law Judge Roy L. Pearson sued some Korean dry cleaners for $67 million over a disputed pair of pants, almost ruining their lives, almost none of the coverage mentioned that he was black. [Photo]

After massive publicity for his crazy lawsuit, Pearson failed to be reappointed to his office as administrative judge at the end of his ten year term—and he sued about that. A judgment [PDF] dismissing his lawsuit noted that he'd written an email about his struggle to save his job, saying

" As an African American however, I am conscious, that the 'risks' I take pale in comparison with the life and death consequences my forbearers [sic] in struggle faced in speaking truth to power…"

Of course this posturing as an African-American victim becomes ridiculous when you consider that his struggle is within the DC government, which has always had an African-American mayor, ever since the district government was established, and that the Chief Judge with whom he was locked in a life or death struggle for administrative survival was actually named Tyrone.

But it brings up the fact that while no one in the media will mention that a malefactor is black, they will mention it when a politician wants to use it in his defence. 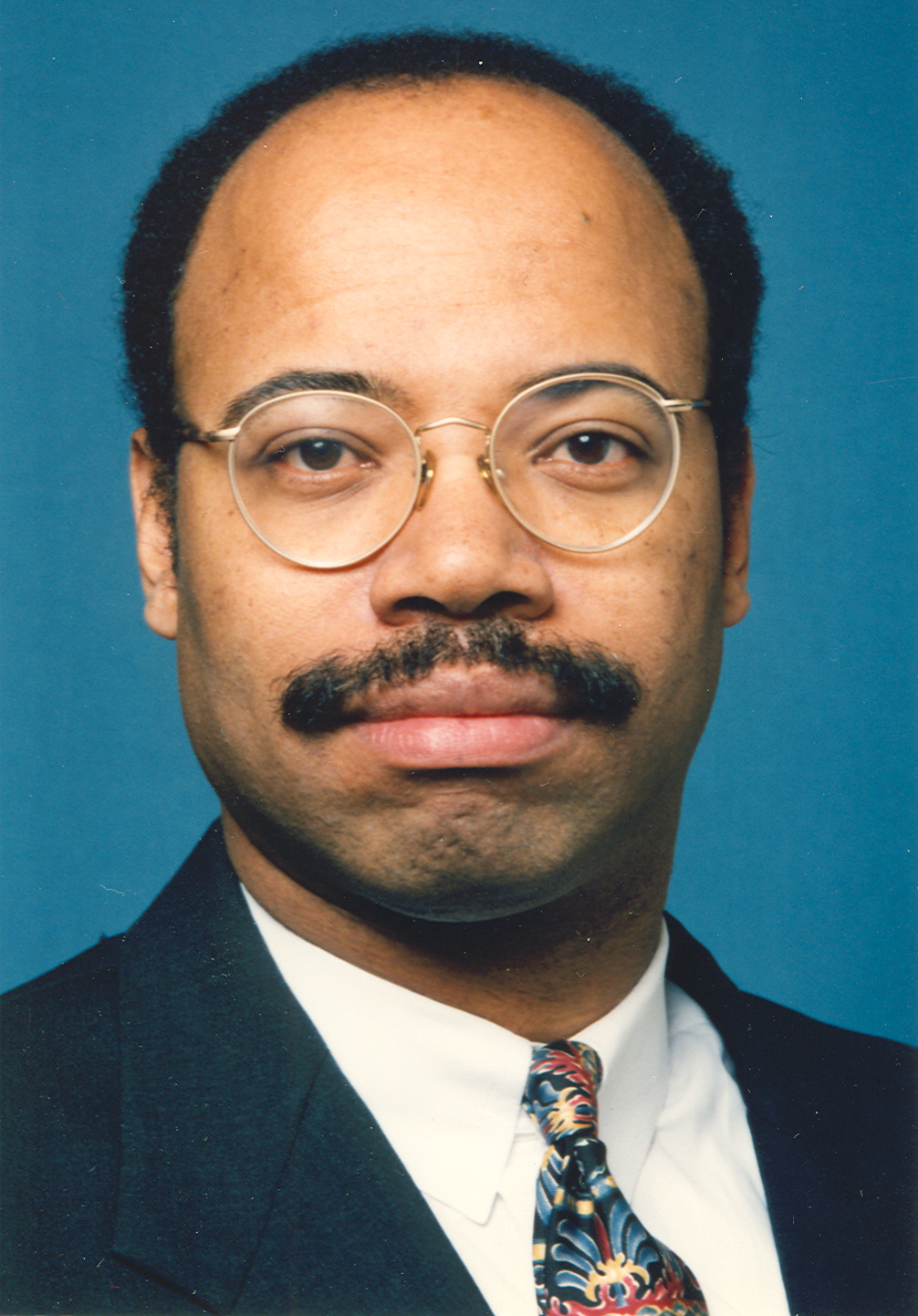 Here's something I wrote when I was just starting at VDARE.com eight years ago

"'If necessary' means that you never mention anyone's race, sex, or immigration status if you can avoid it. I just found out, five years after I first heard of him being sent away for having sex with an underage girl, that Congressman Mel Reynolds is black. [Photo] No one mentioned it, so I didn't know until I came across a story where he mentioned it himself. 'In classic Clintonian style, Reynolds smeared his young accuser as a "liar" and "nut case.' A diverse jury of six blacks and six whites believed the troubled girl, not the conniving Rhodes Scholar. Yet, Reynolds bitterly blamed racism in a 40-minute courtroom tirade: 'When they shackle me, like they shackled my slave ancestors and take me off to jail, nobody in this room will see me crawl.' [Mel and Bill: bosom buddies, By Michelle Malkin, January 31, 2001]

I was particularly surprised to hear this, since the only color that had been mentioned was the color of the girl's underwear, discussed by Reynolds in a tape made by the FBI.

This started me on my path of trying to find out what the journalists are trying to hide from the public, a feat made much easier by Google, which connects us all to local journalism and online video. A recent online video can be seen here, of the African-American mayor of a small Southern town who had ordered police not to chase criminals, largely for insurance reasons, but partly because she doesn't seem to take the concept of crime seriously.

"Race is destiny in American politics," as Peter Brimelow has repeatedly pointed out. It means that minorities will have different voting habits and traditions, as well as different activities in office.

The press isn't doing the America any favors by refusing to mention race.