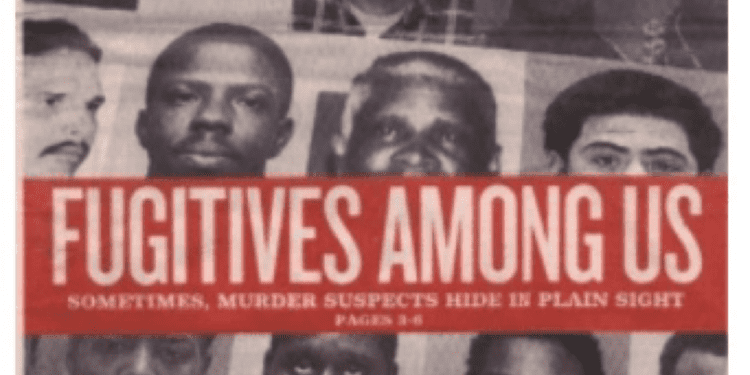 The Philadelphia Daily News' August 22 front-page story (mysteriously missing from its website) printed the photographs of 15 of the 41 people who have outstanding homicide warrants in the Philadelphia area. They were all visible minorities. Race, as I wrote recently, is no longer mentioned in crime stories, but photographs are sometimes allowed to tell their own story.

Not any more. Seeing all those minority suspects produced an instant reaction in the multicultural community. They acted as if they'd been the victims of a blood libel.

A quickie coalition sprang up, headed by a black PR expert named A. Bruce Crawley, (crawley-haskins@worldnet.att.net). It demanded the resignation of the editorial staff. (Coalition calls for editors' resignations, Aug. 30, 2002) Whenever that happens, there is a serious danger that management will roll over and play dead, firing the reporter or editor involved.

The coalition included Charles Bowser, a local politician whose resume includes "Investigation of KYW-TV attacks on Black Leaders," and Imam Shamsud-Din Ali, who, a month after the September 11th attacks, was leading a panel discussion called "Shattering the Peace: Understanding the Roots of the Sept. 11 Attacks". He's a spokesman for a Black Muslim organization called the Majlis Ash-Shura (Council of Wise Men), which has objected to the use of the term "Muslim" to describe the Muslim terrorists of 9/11.

The Imam was quoted as saying that the Daily News was not only racist, but also anti-Philadelphia. I don't know what he meant by anti-Philadelphia. Maybe the paper has been writing that life is better, or at least longer, in the suburbs.

"The cover of our paper last Thursday carried mugshots of 15 of 41 suspects. They were African-American, Hispanic or Asian. These 41 were identified by the Police Department's Homicide Unit as suspects for whom murder warrants have been issued. There were no white people who were being sought for murder. [emphasis added]"

Bill Bergstrom of the Associated Press quoted Editor Zack Stalberg (zstalberg@phillynews.com) as saying that the story was "the literal truth" - but that he was apologizing anyway.

"Stalberg said the editors decided to apologize not because of any factual inaccuracy on the cover but because of the impression it made.

''I think the cover was literally correct, but a mistake on our part because what we have to worry about is perceptions, and not just the literal truth,''[emphasis added] Stalberg said."

Bergstrom's Associated Press story was given various headlines across the country - NY Times: Philadelphia Paper Apologizes for Use of Photos; Boston Globe: Philadelphia Daily News apologizes but denies racial insensitivity in publishing front page mug shots; Fresno Bee: Philadelphia paper regrets mug shots' message. But my favorite is the one that Chuck Muth put on it in his email newsletter:

Now it happens that all the murder suspects sought by the Philadelphia Homicide Squad were, in fact, minorities. The Philadelpia/Camden Violent Crimes Fugitive Task Force, keeps a list of all the local dangerous suspects here. This list of 69 suspects includes just two (2) white men - an Italian-American wanted for violation of federal parole, and an unknown man wanted in a road rage killing.

There is, of course, such a thing as white crime in Philadelphia. The city has a Mafia, which is being brought under control as its members assimilate and give up the Old Country idea of omerta. And statistics show that one in twenty alleged Philadelphia murderers is a non-Hispanic white. Most Philadelphia murder victims are black - but whites, who make up 5 percent of the alleged killers, make up 11 percent of the victims. That means that whites are more likely to be the victims of interracial murders, or "hate crimes" as they're called by the Federal Government.

If no more than one in twenty murderers is white, that means that if the Daily News had printed a picture of a white suspect on their 15-mugshot cover, it would have been racially disproportionate.

Hiawatha Bray, a black technology reporter for the Boston Globe, wrote an outraged letter to the Daily News condemning the apologies:

No newspaper editor has any business apologizing for writing truthfully about an issue of obvious public concern just because it upsets some members of the public. Get a grip, you guys.

And that's the issue: the literal truth.

not reporting raceMugshots
<< Previous
Next >>
LATEST