The Fulford File: After London Attack, Establishment Backlash Against Trump—NOT Against Muslims. Sad! 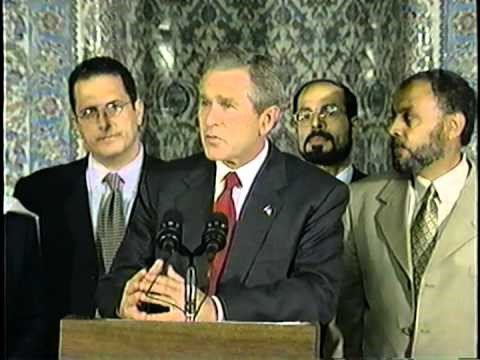 When there’s a terrorist act committed by Muslims, the MSM and the political Establishment immediately get worried about “backlash.” They rush round to the nearest mosque to ask the local preachers of hate if they’re worried about it. The most notorious example: President George W. Bush, who appeared at the Islamic Center in Washington DC on  September 17, 2001—six days after 9/11—to declare that “Islam is Peace”. The London Bridge attack is producing a similar reaction.

As I write this on Sunday evening, the London police, who claim to have made “significant progress” in identifying the dead attackers, have apparently made no progress in finding their names—or even whether they were Muslims.

But the police have found some associates of the deceased and arrested them:

As of Sunday morning, 12 people in Barking, east London, were arrested in connection with the attacks, and police continued to search a number of addresses in the Barking area. 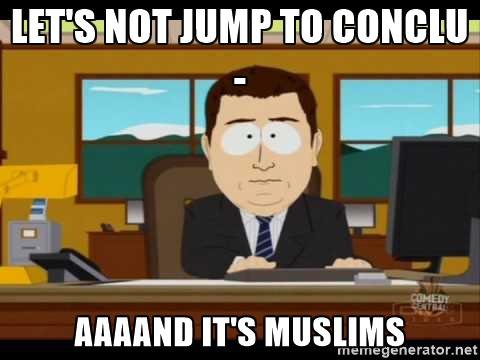 These arrestees haven’t been identified by name, immigration status, race or religion either.

(Note that British police complained bitterly when Manchester Massacre perp Salman Abedi’s name  was “leaked” by, presumably, Americans. [Media leak of Manchester bomber’s ID further undermines U.S. credibility around world, Washington Times, May 24, 2016] But otherwise would we know yet that the attacker was a “British-born” Muslim?)

One group is willing to say the attackers are Muslim—the Islamic State. They’ve claimed responsibility.

And there’s the usual statement from an immigrant Muslim spokesman, who also seems to be acting on the stereotype that the attackers were Muslims:

Harun Khan, secretary general of the Muslim Council of Britain, said Muslims everywhere were "outraged and disgusted at these cowards who once again have destroyed the lives of our fellow Britons".

But Harun Khan is wrong. The attackers were not, in fact, “cowards”—they were, after all, willing to fight to the death. They were what those of Khan’s fellow “Britons” who happen to be Muslims call “shaheeds”—literally “martyrs”, but in English we would call them either “suicide commandos” or kamikazes.

The word for this kind of attack is not “cowardly” but treacherous—since they don’t wear uniforms but act like regular members of British society until they start killing people.

And my goodness, has there ever been backlash against that!

The Tweet below comes from a CNN employee who’s an immigrant from Iran. P. J. Gladnick writes at NewBusters that

Reza Aslan, the human brain-eating CNN host of Believer expressed not the slightest hint of sympathy for the victims of the June 3 terror attacks in London on Twitter. Instead, he was solely animated by intense hatred of President Donald Trump to the extent that he cursed him out as you can see in the following tweet: 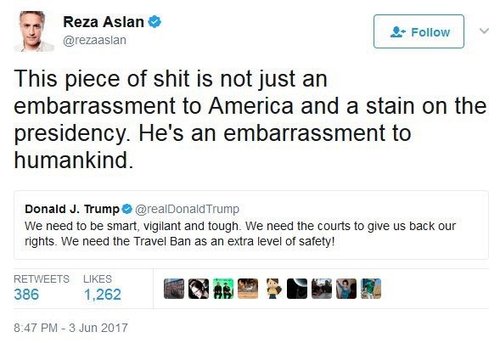 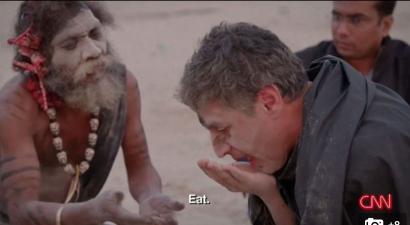 He’s since apologized (for the profanity)and deleted the Tweet about Trump, but who cares? (By the way, if you’re wondering why Gladnick refers to Aslan as “human brain-eating” click on the link—Reza Aslan [Email him] ate part of a human brain when reporting on an Hindu sect).

There’s also this—London’s Muslim Mayor, Sadiq Khan, who has notoriously  said that that Muslim terror attacks like the one that hit New York in September 2016, are “part and parcel of life in a big city”.  [Evening Standard, September 18, 2016.]

When Mayor Khan was telling Londoners that there was nothing to be alarmed about, Trump tweeted

At least 7 dead and 48 wounded in terror attack and Mayor of London says there is "no reason to be alarmed!"

And, guess what, Mayor Khan, who was so calm about Muslim terror, is now really mad [BREAKING : London’s Muslim Mayor is More Angry at Trump Than Terrorists, By Amy Moreno, TruthFeed, June 4, 2017]

I could give advice to Britain about dealing with this kind of terror. Like this:

What happens next? Let’s get back to what Trump was tweeting about— “we need the courts to give us back our rights”.

Trump was elected to stop Muslim terrorist immigration. He started with a mild, not very ambitious program not much stronger than one Obama put in—briefly—in 2011.

One aspect of these rulings that was unusual, and in fact literally unprecedented: these kritarchs insist on not just reading the text of the ban, but on going back to campaign statements from 2016 to infer malice on Trump’s part. See law professor Eugene Kontorovich  in the Washington Post: The 9th Circuit’s dangerous and unprecedented use of campaign statements to block presidential policy, Volokh Conspiracy, February 9, 2017.

Now the “travel ban” is going to the Supreme Court. But on present course, we have to wonder what will happen. At Legal Insurrection, another law professor,  William A. Jacobson, asks this: How can Ginsburg participate in Travel Order case after her *campaign* statements about Trump? June 2, 2017. 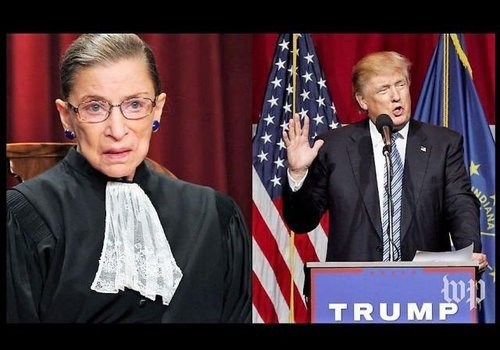 See Trump Vs. Ginburg: Why Did The GOP Confirm Her In The First Place? (a worthwhile question) by Pat Buchanan.

If we want to avoid more Muslim crimes like the London attack and the many American attacks before and after 9/11, we need the Travel Ban as a minimum.

But we can’t have that until we rein in the Imperial Judiciary.

James Fulford (Email him) is a writer and editor for VDARE.com