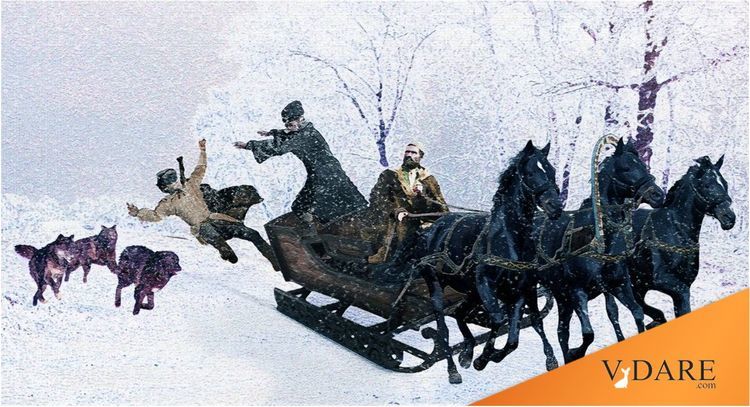 The American Way of Abandonment

When America is about to throw an ally to the wolves, we follow an established ritual. We discover that the man we supported was never really morally fit to be a friend or partner of the United States.

When Chiang Kai-shek, who fought the Japanese for four years before Pearl Harbor, began losing to Mao's Communists, we did not blame ourselves for being a faithless ally, we blamed him. He was incompetent; he was corrupt.

We did not lose China. He did.

When Buddhist monks began immolating themselves in South Vietnam, the cry went up: President Diem, once hailed as the "George Washington of his country," was a dictator, a Catholic autocrat in a Buddhist nation, who had lost touch with his people.

And so, word went out from the White House to the generals. Get rid of Diem, and you get his power and U.S. support. Three weeks before JFK was assassinated, Diem and his brother met the same fate.

When the establishment wished to be rid of a war into which it had plunged this country, suddenly it was "the corrupt and dictatorial Thieu-Ky regime" in Saigon that was simply not worth defending.

Lon Nol, our man in Phnom Penh, got the same treatment.

"In this world it is often dangerous to be an enemy of the United States, but to be a friend is fatal," said Henry Kissinger.

The army of South Vietnam and the Saigon government, the boat people of the South China Sea and the million victims of Pol Pot's genocide can testify to that before the judgment seat of history

Thus the daily attacks on Afghan President Hamid Karzai—who sat beside Laura Bush as guest of honor at the 2002 State of the Union and got a standing ovation—as the corrupt ruler of a corrupt regime, whose brother, a narcotics trafficker, has been on the CIA's payroll, seems a signal that the ritual is about to begin. The Karzai brothers should probably read up on the fate of the Diem brothers.

Yet never has an ally been more egregiously insulted in wartime than Secretary of State Hillary Clinton's insulting of the Pakistanis on her "fence-mending" trip last week. In a meeting with editors, Hillary was asked why the United States was focusing its Predator strikes in the war on terror so heavily upon Pakistan.

Said Hillary, "Al-Qaida has had safe haven in Pakistan since 2002. ... I find it hard to believe that nobody in your government knows where they are and couldn't get them if they really wanted to."

This is charging the Pakistani government, army and intelligence services with cowardice or collusion with bin Laden and al-Qaida in the war on terror. That it was made within hours of the bloodiest in a long series of terror attacks that have killed hundreds of Pakistanis only magnifies the insult.

So, too, does the fact that the Pakistani army, after cleansing the Swat Valley of the Taliban, is now fighting in South Waziristan in the most critical battle of the war.

But, if this is what the Obama administration and the Congress believe, why are they sending $7.5 billion in new aid to such a regime?

Moreover, the charge is, on its face, demonstrably false.

If Pakistan's intelligence services, army and government all knew the exact location of bin Laden, we would know it. For we have people inside sympathetic to us, just as some are sympathetic to al-Qaida.

And if people inside discovered the exact location of bin Laden or al-Qaida, they would leak it to us, if only because the money on the table for such intelligence is irresistible.

Is Secretary Clinton suggesting there are people throughout the Pakistani government who have information that could make them rich for life, but refuse to reveal it out of purest loyalty to a gang of terrorists who are massacring their countrymen as well as Americans?

That there are warlords who are war criminals, allied with the Afghan regime and us, that drug-traffickers are abetted by high officials, that Karzai stole the election, no one denies.

That the Pakistani intelligence services are shot through with elements loyal to a Taliban they helped bring to power in Kabul, that there are Pakistani army officers who believe they should be defending their country against India, not fighting America's war in Waziristan, is also undeniable.

But what does it avail us to insult these people who have cast their lot with us, many of whom will, with famines and friends, pay a far more terrible price than we if we lose these wars.

And if we are going to abandon these people, as we have so many others in the past, let us at least tell them, and ourselves, the truth. We didn't know what we were getting into. We don't have the stomach for a long war. We're sorry we got you into this. Your big mistake was in trusting us. You folks should have known better.