If the Alt Right is dead, why is the Main Stream Media still pumping out propaganda pieces on it? 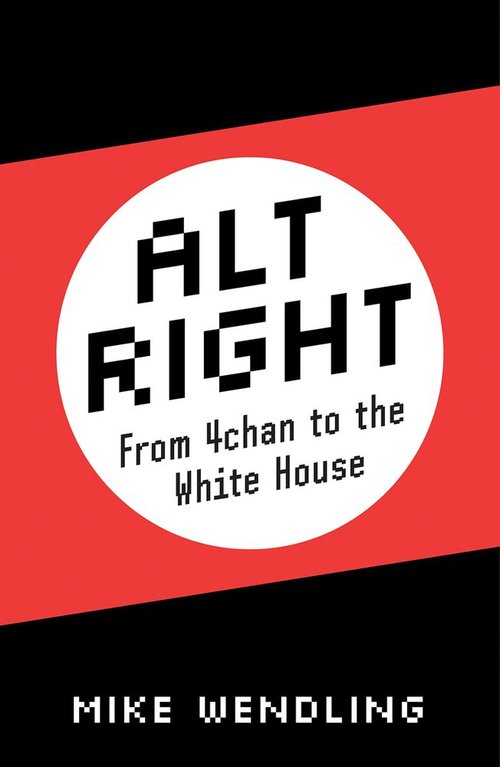 On April 6, the New York Times published Ryan Cooper’s  review of the book ALT-RIGHT: From 4chan to the White House by BBC journalist Mike Wendling. (The black, white, and red color pattern on the cover of Wendling’s book is an especially subtle touch). It read like a form of primitive “scream therapy.” But, hey if it helps Cooper stave off an Eichenwald-type implosion…

Wendling shrewdly notes that despite its edgy, countercultural pretensions, the alt-right is almost entirely “culturally sterile.” Endless piles of ephemeral internet memes aside, it has produced little or no music, literature, film or poetry.[A Political Movement, Defining Itself by What It Hates, April 6, 2018]

Quite the characterization. It’s not like Hollywood and the Manhattan-centric publishing industry are dominated by a very narrow slice of society whose values are notably divergent from those of the Alt Right.

Alexander Solzhenitsyn should be getting a call-back about getting his book Two Hundred Years Together published in English any day now!

But there’s a higher-level objection to Wendling's passage claim: Art isn’t supposed to be overtly political. In fact, whether it’s in music, film, literature, or poetry, good art—the best art—doesn’t clobber you over the head with the artist’s political agenda. Rather, it maintains a sufficient generality and level of abstraction with regards to its intentionality, such as to make the aesthetic experience more universal, while still rewarding the intrepid and determined Easter Egg hunter who indefatigably engages in exegesis.

Given that understanding, I’d argue that the Alt Right (using the term in the widest sense—to mean what John Derbyshire calls the Dissident Right and other possible, more nebulous categorizations) is far from “culturally sterile”—and that memes are art. has some quick touchpoints.

MUSIC: Of Wendling’s 4 categories (music, literature, film or poetry), I found it most odd for him to cite the scarcity of (presumably explicit) Alt Right music. While it true that Wagner passed long ago, on the margins there is a strong undercurrent of white identitarianism in the Oi! movement of the 1980s and the black metal scene today.

But for most of our musical history, pop and rock bands have simply eschewed politics. For example, The Who’s iconic “Won’t Get Fooled Again” likely has the potential to pump up an 18-year-old campus Marxist as much as an 18-year-old (closeted) campus conservative.

Similarly, the fact that Johnny Ramone was a Republican doesn’t stop Leftie college kids from enjoying The Ramones.

LITERATURE: As noted, people on the Dissident Right are simply not welcome in the halls of New York's elite publishing houses. Figuratively speaking, we have a collective restraining order against us. So these solitary voices self-publish, or go through alternative publishing presses.

But Wendling [Email him] would also do well to note the long and venerable tradition of conservative and counter-enlightenment figures, much of whose work still resonates today: Rudyard Kipling, Wyndham Lewis, H.P. Lovecraft, and (today) writers like Michel Houellebecq and Cormac McCarthy. 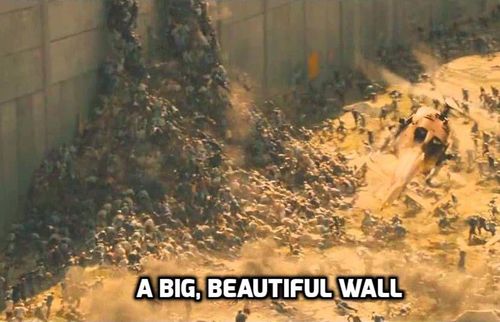 FILM: The same exclusionary dynamics are going on here too, but are even more acute given budget thresholds for film production. Nonetheless, Dissident Right messages still manage to seep out (probably subconsciously) in the plethora of white-male-anti-hero shows and films (The Sopranos; Dexter; The Shield; Breaking Bad); through the endless parade of Invading Zombie Hordes that came and went, or through implicitly-white films such as the Lord of the Rings trilogy or Christopher Nolan’s films. When suppressed, the Jungian Shadow always manages to find a means of expression.

POETRY: There’s a similar dynamic to Literature here, except that poetry (by its very nature) is even more abstract and removed from the purely descriptive, language-as-denotation writing often found in literature. But the world of poetry has many hidden recesses of contrarian political unorthodoxy. For examples, see T.S. Eliot, Ezra Pound, W. B. Yeats, Philip Larkin, and Robinson Jeffers. 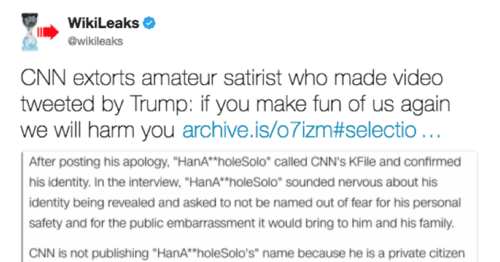 Lastly, I would argue that certain well-crafted Alt Right memes, tweets, or “shitposts” (usually created anonymously, underground, and with not insignificant personal risk for the content creator) might themselves be construed as works of art, depending on how we define ‘art’. 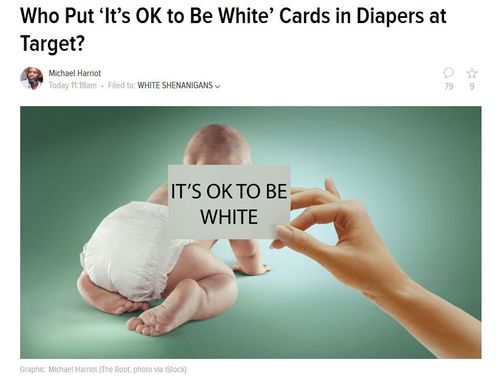 Now, trying to define art is quite difficult, as it is the most inscrutable of concepts, but begging this question for a moment, might meme-makers be acting like Little Ezra Pounds writing mini Cantos in the digital age? Whoever it was that created the hugely successful (i.e., effective) "It's Okay To Be White" meme is, in my humble opinion, a sort of Michelangelo of Memes—or at a minimum ought to have won Meme of the Year at the Alt Right Emmy Awards. 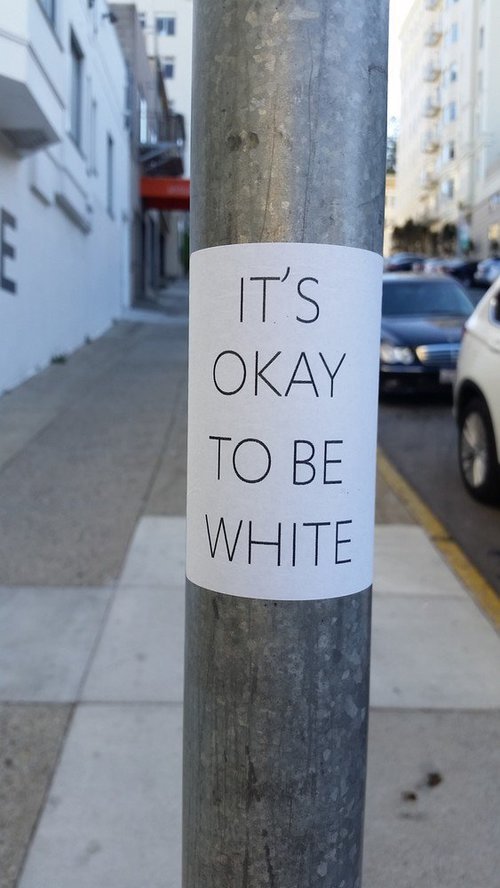 It also stands to reason that the notion of memes-as-art involves a significant reorientation of art away from how it currently exists (and is conceptualized) in our increasingly repressive, corporate, SJW age. At a minimum, it involves co-opting the very agitprop methods of the current artworld, which is dominated by the Left.

The Cathedral's idea of art has, for some time now, gone full retard: modernist and postmodernist monstrosities; crass, urine-thrown-on-a-canvas schools of thought; the tossing about of trite, high-school levels of political posturing. Beyond the co-opting approach, a Dissident Right reorientation of art would ally itself, organically, with the realities and tenets of human biodiversity and the historical achievements of European culture. From this reorientation, the aesthetic dimensions of a conservative nationalist politics can emerge, as can an immersive means of expressing white identity.

Whether it is in the form of trolling and memes (funny or offensive, or both) or in the form of a re-embrace of Antiquity’s artistic achievements, the reorientation of art will no doubt entail a long and hard slog through the muck that currently weighs us down.

That being said, it is also the case that the new counter-culture of the Alt Right is on firm footing.

To paraphrase Mark Twain, reports of the Alt Right’s death are greatly exaggerated. It may be true that the Alt Right is currently being pushed further underground. But premature proclamations will likely only serve to make the next seismic cultural event (or election) all the more alarming for The Cathedral. In this new era of de facto soft censorship, the Overton Window—the “range of ideas tolerated in public discourse" “—may itself shift back towards the Left, but should this happen (and I don’t think it will), the Alt Right is already at work creating a second Overton Window vis-à-vis Alt-Tech.

For many years now, it’s been the case that, for very little money, you can create a world class musical recording on your home PC. The same will soon hold true for video. Entirely digital “actors”, as convincing as the real thing, are on the horizon. Soon, an Alt-Cinema will be available, and the Hollywood system, already under threat, will be entirely bypassed.

Today, we have millennials like Lauren Southern (who is only 22 years old) giving us better reportage on important global developments—such as the rising anti-white violence in South Africa—than well-funded MSM enterprises like the New York Times, CNN or even FNC. These young Alt Right (and Alt Lite) individuals are beginning to deliver their reporting in well-paced, professionally-produced formats. Soon, the Alt Right will be producing their own news “channels’, broadcast over the internet.

In terms of mass communications, this is clearly the way of the future. (Sooner rather than later, however, Congress and the courts will be forced to weigh in on the various First Amendment and ‘X is a public utility’ arguments for and against regulatory oversight of, say, Twitter, or web hosting companies who deplatform customers based on their political opinions.)

While the Alt Right is being forced further underground in the short term, I believe there if very good reason to be optimistic for the long term.

As we know, the Left can’t meme. The Alt Right, on the other hand, have an army of meme-artists and communications-innovators who can connect with people. This is because we are the new counter-culture, but a counter-culture with history, tradition, and evolutionary science – in short, Truth — on its side.

Historically, some of the most influential artists of the world were what we might call rebels. Their work was itself rebellious. Today, it is really no exaggeration to say that the Alt Right are the rebels and the punks of our Age.

Finally, at moments of setback we’ve got to remember: It’s from the darkness of the lower depths that the best and most original art can arise and inspire.

The author writes at Logical Meme.