It isn’t surprising when a modern liberal judge simply redefines the law to mean something other than what it says. However, even in today’s America, it’s still shocking when a judge concedes the law indeed means what it says—and still decides that it doesn’t matter because he doesn’t like the alleged motivation behind enforcing the law. Yet that’s precisely what Obama-appointed Judge Jesse Furman did when he allowed lawsuits designed to prevent the federal government from adding a citizenship question to the Census to proceed.

The innocuous question asking whether people are citizens is common sense. No one disputes that Commerce Secretary Wilbur Ross can add the question to the Census. [Questions planned for the 2020 Census and American Community Survey, NPR, March 29, 2018]  Indeed, when it comes to the letter of the law, Judge Furman conceded the Trump Administration was right:

Furman disagreed with plaintiffs’ claim that Ross had violated the constitutional requirement for an “actual enumeration.” There is no ban on gathering additional information on the Census, Furman said. He also noted that the question had been a subject of the Census for most of the last 200 years.

But of course Democrats and the various ethnic lobby groups are against this question—because they don’t want the federal government to know how many non-citizens there are, or to use the data to enforce immigration laws. As Buzzfeed put it: “Data from the Census is not available to immigration authorities, but advocates say that wouldn't ease fears within communities that are already wary of any interaction with the federal government” . [A federal judge rejected the Trump Administration’s effort to get a lawsuit over its Census citizenship question dismissed, by Zoe Tillman, July 26, 2018]

In other words, these “communities” are so hostile they won’t even answer questions about citizenship. If anything, this suggests we should be trying to get these subversives out of this this country as quickly as possible.

Yet leave this aside for the moment. Even though Judge Furman conceded the Trump Administration had the power to add the question, he decided it could not do so for “discriminatory” reasons. “Evidence” for discrimination included emails showing Secretary Ross was considering adding the question to the Census, even before he claimed the Department of Justice “requested” the change. [Challenge to citizenship question on 2020 Census survives, by Adam Klasfeld, Courthouse News Service, July 26, 2018]

What’s more, Furman stated President Trump may have been involved in the decision, and his motivation could have been motivated by discriminatory intent:

Citing an email from President Trump's reelection campaign that said Trump "officially mandated" the question, Furman said it is plausible that Trump was "personally involved in the decision." He added that the plaintiffs' claim that Trump administration officials were intentionally discriminating against immigrant communities of color was also plausible, pointing to the president's comments in January about people from African nations as "people from s##hole countries."

Of course, even if President Trump directly ordered the change, what difference does it make? The law is the law, and the only question should be whether the government has the power to add the question to the Census or not.

Yet the actions of this judge should sound familiar. President Trump’s travel ban on certain Islamic countries was recently upheld by the Supreme Court. However, the dissents in that case claimed the majority is wrong because President Trump’s decision is motivated by “animus” against Muslims. They cite his campaign statements as evidence. 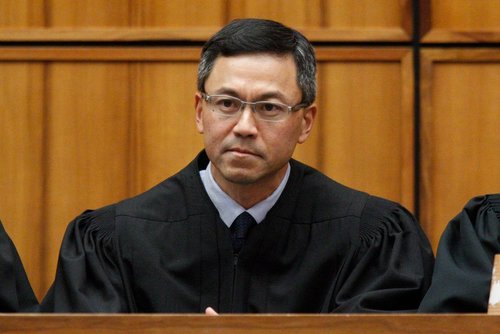 Lower courts made similar arguments when they tried to throw out President Trump’s travel ban. For example, Obama appointee Derrick Kahala Watson fight () temporarily blocked the order not because he didn’t think President Trump had the power (he didn’t even consider that), but because the “historical background” (Trump’s statements) made him think the travel ban would disproportionately affect Muslim travelers.

The law itself didn’t matter to these judges. What mattered were President Trump’s reasons for implementing the law. For all intents and purposes, this turns judicial review into an exercise in mind-reading. It’s hard to imagine anything more subjective or less consistent with the rule of law.

All this is a radical expansion of the “disparate impact” doctrine frequently cited by courts. This doctrine holds that even if a law is completely colorblind and treats everyone completely equally, it can be held to be illegitimate if it affects groups differently.

In other words, even if the Constitution specifically grants a certain body certain powers, judges are claiming they can prohibit the exercise of these powers if they don’t like the reasons the powers are being exercised.

This constitutes the institutionalization of the Orwellian concept of Thoughtcrime. The implications are unlimited. Any law could be conceivably be challenged if there were allegations that those who proposed it knew it might affect groups in different ways, even if the objective was simply to hold every group to the same universal standard.

For example, any immigration law could be challenged on the grounds proponents knew it would disproportionately affect Hispanics, which it obviously would. As part of any legal proceedings, every email and statement ever made by legislators could be revealed in discovery and scrutinized for “discrimination.”

This is especially dangerous at a time when what constitutes “racism” is forever being expanded. If adopted, this doctrine would mandate Americans to live by lies, to consciously pretend all groups are equal and behave in equal ways, or else to constantly conceal their real thoughts. Naturally, all this would also make it harder for Americans to know what the politicians they are voting for actually support, as no one running for office will want to make a statement that could involve him in a lawsuit later.

It’s also worth noting that this doctrine only goes one way. Judges are going to start throwing out Affirmative Action laws or taxation schemes because of their “disparate impact” on white people or because they were implemented by politicians with long histories of anti-white statements.

As it many have said, if it weren’t for double standards, the Left would have no standards at all. The law is becoming entirely subjective—or, more precisely, the “rule of law” is vanishing altogether, as there is no longer be any standard that applies to all people.

As the upcoming struggle over Supreme Court nominee Brett Kavanaugh shows, the judiciary is now the center of power in the federal government. Sometimes, it seems like the only purpose of congressional and presidential elections is to comply with an elaborate system designed to select judges, the real rulers of the country. The fact the judiciary no longer considers itself bound by the letter of the law is therefore especially terrifying, as the other two branches of government are clearly unwilling to restrain the power of the kritarchy.

Assuming Kavanaugh makes it to the Supreme Court, Americans will presumably have at least some protection from far-Left judges running roughshod over their constitutional protections and rights of self-government.

Yet the Democrats will be in power again someday. And the decisions of Leftist judges in the lower courts show they have no compunction about simply decreeing their policy preferences.

It’s time for a dose of reality—judges are not some priestly class, above accountability. They are now political actors like everyone else.

Perhaps more importantly, it is far behind time for at least one judge to be impeached, pour encourager les autres. Judge Jesse Furman is a good place to start.