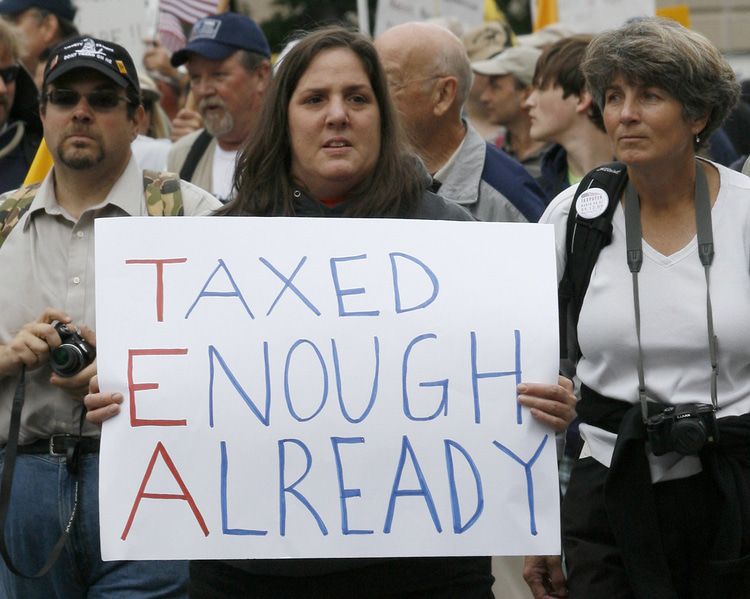 It's hard not to laugh out loud while watching the ruling class's extraordinary temper tantrum over the nomination victories of so many Tea Party candidates on Tuesday night, above all that of Christine O'Donnell in Delaware. Karl Rove, who for some reason is now employed as a political commentator, complained she's said "nutty" things and can't be elected—this is the Karl Rove who abandoned the Reagan coalition and navigated the GOP to utter disaster? What more do O'Donnell, and many disgruntled donors around the country, need?

At VDARE.COM, we've long been interested in late Reagan aide Lynn Nofziger's argument that the arrogant refusal of both party Establishments to reduce immigration could well spark a successful Third Party. It now looks like the Tea Partiers, with their very conscious contempt for the GOP leadership, are emerging as a sort of Third Party within the Second Party. (In Colorado, of course, Tom Tancredo has circumvented the local GOP Establishment with an actual Third Party bid).

Generally Tea Partiers say little about immigration and National Question issues, although their activists are reported to be enthusiastic and O'Donnell advocates employer sanctions for hiring illegals and English as the official language. But it's obvious to everyone that the movement is overwhelmingly white. The Daily Beast's Will Bunch, noticing this, attributes it to

"sweeping cultural anxiety in predominantly white, middle-class sectors of the nation about social change—the gradual march of America moving toward a non-white majority by the mid-21st century, which was so abruptly punctuated for many by the sudden arrival of a non-white president in 2008."

Bunch seems to think this is a bad thing. Our take: it's a good, entirely legitimate, thing. Whites—who until the 1965 immigration disaster were called "Americans"—have interests too. They are entitled to defend them and, as immigration policy drives them into a minority, they will have to. Get used to it.

As Jim Antle argued in the London Guardian

"The conventional wisdom is that the Tea Party movement has foisted upon the Republican party a group of ideological nominees who cannot win in November. This narrative is convenient but, for the most part, false…"

I agree, for reasons I outlined after the GOP Establishment blew NY-23 last year: After NY-23: Goldwater, Reagan, And The Mirage Of "Moderation", Nov 4 2009. That conventional wisdom holds that political opinion in the US is distributed in a Bell Curve, with most people in the "moderate" center. But it's actually more like a wedge, with the thick end, almost a half, identifying as "conservatives" and the thin end, barely a fifth and mostly minorities of one sort or another, identifying as liberals.

To put it another way, VDARE.COM has long argued that simple arithmetic indicates the GOP should focus, not on outreach to unappeasable minorities, but on what we call "The Sailer Strategy"—"inreach" to its white base, still the giant demographic actor in American politics.

With the Tea Party triumphs, it is clear that—blindly, confusedly, painfully, goaded by demographic and cultural insult—the white giant is stirring.