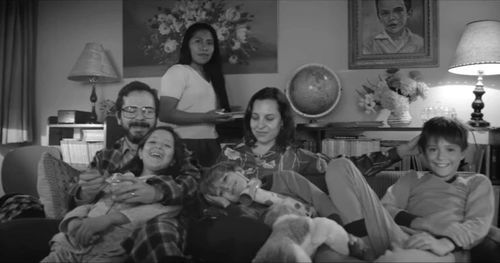 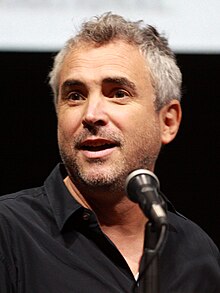 Nominated for Best Picture at the Oscars, Roma has generated controversy in Mexico. Written and directed by Euro-Mexican filmmaker Alfonso Cuaron (right) it tells the story of a Euro-Mexican family (pictured above)and their live-in Indian maids in Mexico City’s Roma neighborhood. Understandably, its success has caused no small measure of joy and pride. But it has also triggered difficult “conversation about race”—not supposed to be an issue in Mexico. Eric Holder, call your office!

Significantly, Aparicio, a 25-year old Indian woman from Oaxaca, portrayed the protagonist. The half-Mixtec-half-Triqui, actress (left) studied to be a teacher. Roma is her maiden role and made her a star.

Again and again, we are told, Americans are inveterate racists who should be more like Mexicans and other Latin Americans, who not only don’t care about race, but also are more open to and accepting of those of a different hue and background.

That’s bunk, of course. Race is supremely important in Mexico, as the hullabaloo over Roma has made clear.

Cuaron’s semi-autobiography tracks the life of a white, upper-middle class family and their live-in Indian maids from September 1970 through June 1971. It focuses on Aparicio’s Cleo, one of the maids, and her relationship with Tavira’s lady of the house. (Tavira’s grandfather, by the way, was Lorenzo Servitje, co-founder of Grupo Bimbo, now the world’s largest bakery company).

Because wages are so low in Mexico, even middle class families can hire maids. When I lived  there, for a time we had a maid who cleaned several days a week. But other families have live-ins housed in special quarters who might stay with a family for years. 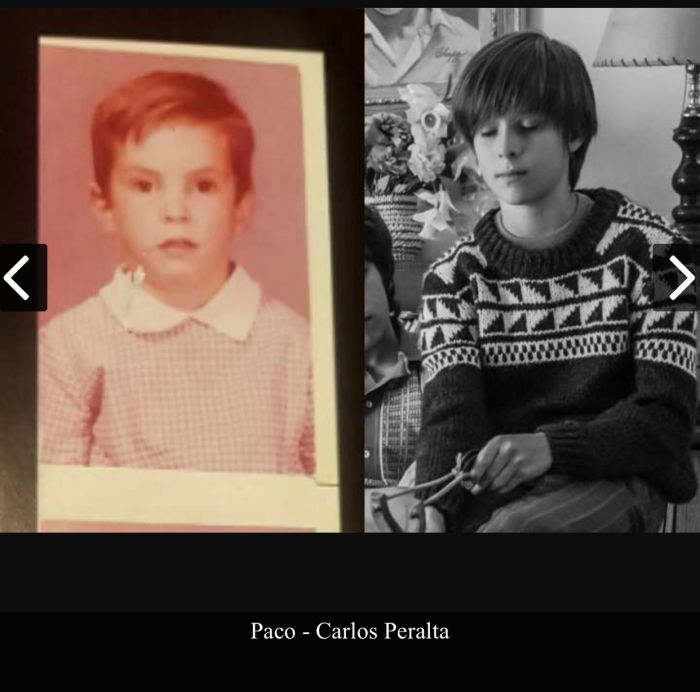 When the film opens, the family is intact: two parents, Sofia and Antonio, plus four children, the tall, blonde grandma, and the servants, including the maids and a driver. (Mexico’s Excelsior has a slideshow comparing family pictures of Cuaron’s real family with the actors who play them.)

SPOILER ALERT: During the course of the movie, Sofia and Antonio break up, Cleo becomes pregnant, gets no help from the baby's father, and the baby is born dead.   Sofia, the lady of the house, is supportive of Cleo throughout. Near the end of the movie, on an outing to the beach, Cleo saves a couple of the children though she can't swim herself.

Cuaron’s attention to detail is impressive, with period cars and authentic Mexican details such as itinerant street vendors, a roving knife sharpener, and a Banda de Guerra, a sort of drum and bugle corps. The film includes an earthquake, part of life in Mexico City, and portrays El Halconazo, the Corpus Christi Massacre, on June 10, 1971, during which nearly 120 demonstrators were killed.

Roma is mostly a succession of vignettes involving Cleo and the family, most notably Sofia. The film can be viewed several ways. It could be a simple period piece. Or life seen through a feminist lens. The men in Cleo and Sofia’s lives are scoundrels.  Marina de Tavira,  who portrays Sofia, even said that Roma  “…should also be a call to fatherhood and how we need more responsible paternal influences.”

But neither the director nor the Politically-Correct media  emphasize these. What have they emphasized? The racial angle.

The Mexican family in the movie is white, while Cleo and the other live-in maid are Mixtecs from Oaxaca, south of Mexico City. The maids usually converse in the Mixtec language. Actress Aparicio, though Mixtec herself, does not speak the language. The actress portraying the other maid does.

Cuaron himself in his comments has emphasized race, the plight of domestic servants, and indigenous Mexicans.

He’s right about that. Mexicans have indeed denied it.

But that’s not all:

Cuaron has seen that the movie had an emotional response in all the world, since subjects such as social class and ethnic baggage are the same in every country, he explained. Besides, the history of solidarity among women has also had a great impact despite that fact that, he says, behind the love between Cleo and the family for which she works, forms of abuse are hidden.

I don't know what Cuaron's talking about here.  The movie doesn't portray any abuse of Cleo by the family, who treat her very well. As far as living conditions, contrast Cleo's residence with the shanty town where the father of her baby resides.

But the film has, EFE wrote, “become a platform for social movements of domestic workers, which Cuaron considers very important.”

As far as the presence of indigenous languages in the movie, such as Mixtec, Cuaron affirms that this is a very important part of the identity of Mexicans and that it should be promoted and recovered in a real manner “not with this indigenous pride that Mexicans see as in a distant past while ignoring the population that still speaks their languages.”

Well, that’s true. Many Mexicans look with pride upon Aztecs who lived 500 years ago, but look down upon Indians alive and well today. Recall the state government agency’s firing an indigenous woman who hadn’t quite assimilated into modern Mexican culture. How can the indigenous expect to keep jobs if they refuse what Mexican elites call “integration,” as Cuaron suggests they should:

Cuaron is firm in his opinion that it is necessary on the part of the authorities to protect and not undermine the indigenous peoples that, for many years have been saying “we don’t want integration, we want to be left in peace.”

So Mexican Indians should be “protected” and left alone? I wonder if Cuaron’s worked out the details of that public policy.

Support for the film is hardly unanimous, which is where the race question comes in. And not in a pretty way, either.

A quarter of Mexicans discussing Yalitza Aparicio on social media were critical of the actress, Milenio reported. Some didn’t think she deserved the nomination for Best Supporting Actress, but “one of the main controversies surrounding the actress has been her indigenous origin”. [Uno de cada cuatro mexicanos criticó nominación de Yalitza (One in four Mexicans criticized Yalitza’s nomination), by Mariana R. Fomperosa, February 22, 2019]

And reminiscent of a recent controversy stateside, a TV parody of Roma was criticized because the actress portraying Cleo had her face darkened and her nose widened for the role. [Televisa Draws Criticism for "Brownface" Parody of 'Roma' Star Yalitza Aparicio, by The Associated Press, March 4, 2019]

Even an attempt to honor Aparicio invited criticism. Federico Navarrete, a writer and academic who works for Mexico’s prestigious Institute for Historical Research, claimed that celebrity magazine ¡HOLA! whitened the actress in a photo spread: “Rampant and blatant racism from a magazine well-known for that,” he tweeted. “Yalitza Aparicio whitened to not break…the ideal of aspirational whiteness”.[Fotos de Yalitza en ¡HOLA! son racistas: experto de la UNAM (Photos of Yalitza en ¡HOLA! are racist: expert of UNAM) by Angel Soto, Milenio, February 22, 2019] 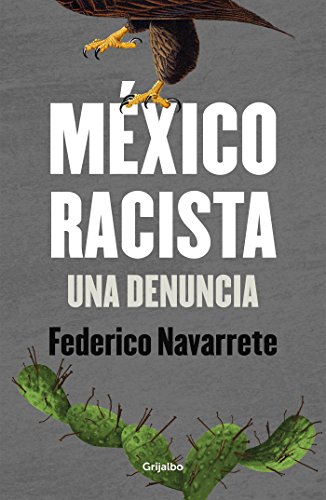 And just to let you know who Navarette is and where he’s coming from, Milenio helpfully provided a money quote from his book, México racista: Una denuncia (“Racist Mexico: A Denunciation”):

Mexico is a racist country. We Mexicans systematically practice this form of discrimination against our fellow Mexicans who have dark skin color, against the indigenous and the Afro-Mexicans, against immigrants, against foreigners and against all those who seem different and inferior to us. … [M]any forms of discrimination are practiced. … The worse forms, although not the only forms, of racism are directed toward the indigenous and persons who seem to be indigenous, and to persons of African origin.

So maybe Mexico isn't the inter-racial Arcadia we've been told it is.

The day after the Oscars, AMLO answered a question about race and the film. Cuaron, a reporter observed, said “Roma showed that Mexico is a profoundly racist country, and I would like to know if you share that view?”

So the president of Mexico thinks "there is still much racism" in Mexico.

What this means: The disparate mass of Latin Americans crossing America’s borders have their own racial, cultural, and ethnic interests, rivalries, and perspectives.

And we have our own racial problems here.

And where’s Eric Holder when you need him?!