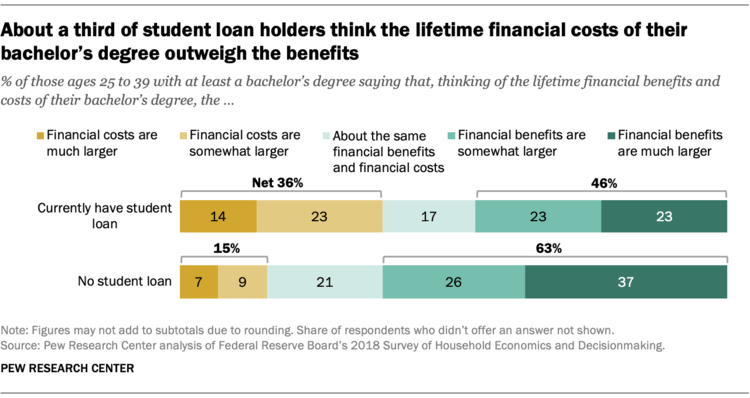 [This is my fourth WND column this year, originally published on WND, June 24, 2013, updated here with more links. WND likes comments so I'd be grateful if VDARE.com readers could weigh in]

Great news! Another bursting debt bubble is about to take down the U.S. economy. And the Schumer-Rubio Amnesty/Immigration Surge bill, now being debated in the Senate, is perfectly designed to make the situation worse!

This time, the culprit is not reckless mortgage lending, which led to massive defaults and a real-estate crash that nearly wrecked the world economy in 2008. Instead, now the culprit is student loans—amazingly, they’re now getting to be about as large in total as the subprime mortgage market at its peak in 2007 ($1.3 trillion); they already exceed total credit card debt ($798 billion). And student default rates are creeping up into the same range as the default rate on mortgages in 2007.

In both cases, the ultimate villain is the federal government.

For more than 20 years, under both Democrats and Republicans, Washington pushed the mortgage banks to extend home loans to people who would not normally qualify, because it wanted to expand home ownership among minorities, who are disproportionately bad credit risks.

It was always obvious that this would result in more defaults—I wrote about it in Forbes magazine back in 1993! [The Hidden Clue]  But Washington didn’t care. It drove the mortgage industry, and the economy, right over the cliff anyway.

Moral: You simply can’t trust Washington not to drive the country off the cliff for short-term political reasons—as it is now trying to do with the Amnesty/Immigration Surge bill.

In some ways, the more interesting question is: Why did the mortgage banks let themselves be driven off the cliff?

To understand this, you have to know something about the peculiar psychology of commercial bureaucracies. To the individuals running the mortgage banks, more lending meant more immediate commissions and bonuses for them personally. And for that they were quite ready to sacrifice the future of the institutions they managed (but usually didn’t own). Plus they may have reasoned that the federal government would ultimately bail the banks out anyway—which, in fact, is just what happened.

Again, this short-term greed is exactly what is driving the current extraordinary spending on the Amnesty/Immigration Surge bill by plutocrats like Facebook founder Mark Zuckerberg. Standard econometric analysis suggests that legalization, and the planned huge simultaneous increase in legal immigration, could result in the transfer of as much as a trillion dollars a year from labor to the owners of capital, because of its impact on wage levels. A year or so of that, and you can renounce your American citizenship and move to some tax haven (as, for example, Zuckerberg’s co-founder, Eduardo Saverin, has done—he now lives in Singapore).

This attempted hijacking of immigration policy is aimed at a looting of the U.S. economy quite comparable to the Russian “oligarchs’” looting of the Soviet economy during the chaotic collapse of Communism—with the technical difference that it will appropriate income rather than assets.

Washington is behind the student loan crisis, too, but the results may well be even worse. About four-fifths of total amount is borrowed directly from the federal government, without any assessment of creditworthiness, because of a policy that Education Is Always Good; the balance is from private sources. But public and private lenders benefit from an extraordinary provision in federal law: You can’t bankrupt your way out of a student loan. In effect, you become a debt slave forever—unless you get terminally discouraged and drop out of the workforce completely.

It’s pretty well understood that force-feeding the higher-education complex with student loans is a key reason behind the astonishing escalation in college costs: Education bureaucrats simply charged what the traffic would bear. (The cost of private four-year colleges has risen four times faster than the cost of living since 1978.)

But less well understood is the appalling immiseration of today’s recent college graduates. Some 37 million Americans have outstanding student loans. A quarter owe more than $28,000. Two out of five student loan borrowers become delinquent in the first five years after beginning repayment.

The reason: Having taken on massive debt, recent college graduates face an economy that is particularly difficult for their age group. Over half of recent college graduates have reported being unemployed or working in a job that did not require a college degree. Over a third said they regretted going to college and wished they’d gone straight into the workforce.

(But the grass may not be greener. Almost 30 percent of all 20-to-24-year-olds who are not in school are unemployed.)

Into this difficult economy, the Gang of Eight proposes to unleash, not merely the 1.5 million or so college-level illegal aliens who allegedly were brought here by their parents as children—the so-called DREAMers—but an unlimited number of university-trained professionals, even when unemployment exceeds 8 percent.

One estimate: Under the bill, nearly half even of new information technology jobs would go to “guest workers.”

New York Mayor Michael Bloomberg, a fanatical immigration enthusiast notorious for claiming that illegal immigrants were necessary to maintain his private golf course, recently told the audience at Stanford’s commencement that about 30 percent of the university’s 5,000 graduates had attended on student visas and decried the fact that many of them, because they had no way to stay legally, would return home—rather than competing with Americans for job.

Mayor Bloomberg, in case you were wondering, spends weekends at his $10 million waterfront home in Bermuda.