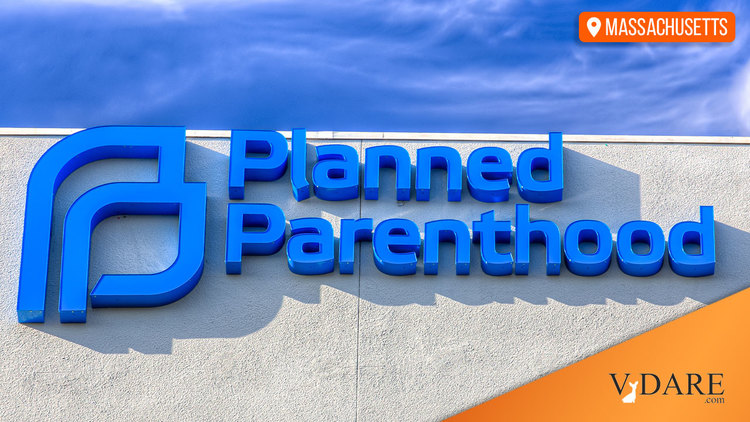 Patrick J. Buchanan: Who Speaks For The Unborn In Massachusetts? Not The Catholic Hierarchy!

In its most recent exercise of liberal democracy, the state senate of Massachusetts voted 32-8 to override Gov. Charlie Baker's veto of what is called the Roe Act.

One day earlier, Monday, the state house had voted to override.

The Roe Act is now law in the Bay State. And what does it say?

Drafted and adopted to protect a woman's right to an abortion, should Roe vs. Wade be overturned by the Supreme Court, it guarantees 16-year-old girls the right to abort their unborn children, without their parents' consent, through the first 24 weeks of pregnancy.

But the Roe Act covers this problem as well. If the "mental health" of the teenager is imperiled, she can still get an abortion.

Valerie Richardson of the Washington Times quotes the reaction of the state's Catholic Action League. This measure "will reduce the age of parental or judicial consent for minors seeking abortions, remove born alive protections for infants who survived abortion, lower the medical criteria for late term abortions, and make abortions more dangerous for women by allowing (midwives) and nurse practitioners to perform them."

The ACLU, NARAL and Planned Parenthood hailed this as a victory for women's rights.

"None of the Catholics who voted for this life-ending measure will suffer a word of rebuke from any priest or prelate in Massachusetts. ... There will be no articles or editorials critical of them in the Catholic press. No one will be denied Holy Communion. No one will be expelled from the Knights of Columbus."

This silence, said Doyle, "equals consent." And given this silence, "no rational person can reasonably be expected to take seriously Catholic opposition to the killing of the unborn in Massachusetts."

Former New England Patriots' star Benjamin Watson, a pro-lifer, described the absurdity of what the legislature did. A teenage girl still needs her parents' permission to get a Tylenol from the school nurse, but she doesn't need permission to have an abortion and kill their grandchild.

What the Bay State did, again in an exercise of democracy, raises questions that go beyond normal arguments among Americans on this most divisive of social issues since slavery.

In the 1950s, abortion was regarded as shameful, even criminal, mandating excommunication from the Catholic Church. Abortionists were social outcasts, often prosecuted and punished.

Now, within the span of a lifetime, abortion has been raised, in what was once "God's Country," into a constitutional and a human right.

To be accepted as a "progressive" today, it is almost an imperative to support a woman's right to terminate the life of her unborn child.

Even "devout Catholic" Joe Biden has come around.

He now favors repeal of the Hyde Amendment he had supported in the past, which bars the use of federal funds to pay for abortion except to save the life of the woman or if the pregnancy arises from rape or incest.

Something comparable has happened with homosexuality and same-sex marriage. Also once regarded as shameful, this, too, is now a civil and constitutional right and the LGBT flag flies atop U.S. embassies during Gay Pride Month.

As abortion and homosexuality have become new constitutional rights, the old rights of the First Amendment have taken on new meaning.

"Congress shall make no law respecting an establishment of religion, or prohibiting the free exercise thereof" has been interpreted to mean that God, the Bible, the Cross, prayer and Christian symbols all have no place in the schools that educate America's children.

"Freedom of speech" now protects blasphemy and the burning of the American flag.

"Freedom of the press" now protects dissemination of what used to be criminalized as pornography.

In brief, using democratic methods and means, and normal legal and judicial procedures, what was once immoral and even criminal has come to be officially declared both constitutional and morally correct.

Scores of millions in the "silent majority" may yet embrace the old beliefs about right and wrong and good and evil, and what is pro-American and what is not, but the nation has changed.

And it raises an even broader question.

Can moral truth be altered? Can the killing of unborn children, unjust and immoral in Christian teaching and Natural Law, be made right, and moral, if a legislature uses democratic processes to declare it so?

If right and wrong can be changed by plebiscites and political votes what do we do with those who refuse to go along?

Before we go to war again to defend "American values," ought we not be told exactly for what values our soldiers are fighting?

For if "democracy" inevitably produces the consequences we see in America today, what is the argument for killing people to persuade them to embrace it?