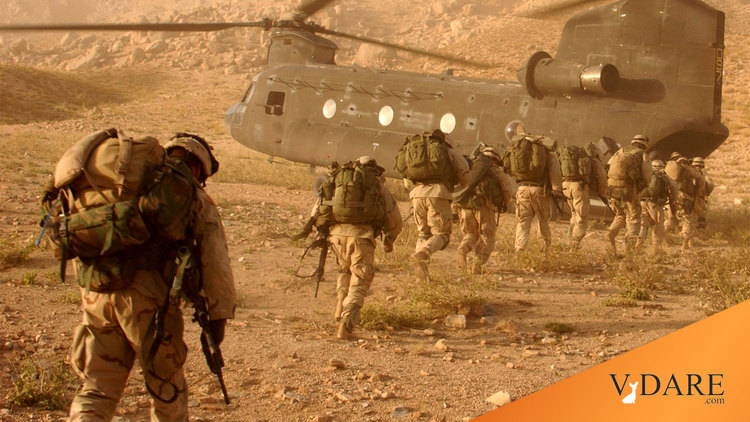 In April, President Joe Biden told the nation he would have all U.S. troops out of Afghanistan by Sept. 11, the 20th anniversary of the worst terrorist attack ever on the continental United States.

Given the turn of events of the past week, that 20th anniversary may be celebrated by a triumphant Taliban, now on the cusp of victory over the Americans and their Afghan allies, with gruesome public executions of their surrendered and captured enemies.

Sept. 11, 2021, could see U.S. Marines and diplomats fleeing Kabul to escape the retribution of the Taliban whom we ousted in 2001.

Consider. From Friday, a week ago, to today, the Taliban have overrun 10 of Afghanistan's 34 provincial capitals.

Mazar-e-Sharif in the north is now surrounded. Kandahar and Herat, second and third largest cities, are under siege. The Kandahar-Kabul road has been cut. The defense minister escaped assassination in the capital. The government's media director did not. The Taliban now control half of the 400 regions of Afghanistan and two-thirds of its territory.

Some Afghan soldiers have fought bravely. Others have retreated into their bases, surrendered, or fled into neighboring countries such as Iran, Tajikistan, Uzbekistan and Pakistan. An entire Afghan army corps with its U.S. weapons, equipment and vehicles was surrendered in Kunduz city.

U.S. military say the fall of Kabul could come within 90 days, with some saying privately the regime could fall to the Taliban within a month.

Democratic Sen. Chris Murphy of Connecticut has summarized the situation:

"The complete, utter failure of the Afghan national army, absent our hand-holding, to defend their country is a blistering indictment of a failed 20-year strategy predicated on the belief that billions of U.S. taxpayer dollars could create an effective democratic central government in a nation that has never had one."

The reality of that grim assessment raises many questions.

Over the last 20 years, the U.S. lost 2,500 troops with 20,000 wounded and invested $1 trillion to create an Afghan army, only to see that army crumble and disintegrate as soon as we departed.

"Look, we spent over $1 trillion over 20 years; we trained and equipped ... over 300,000 Afghan forces. Afghan leaders have to come together. They've got to fight for themselves."

We are facing in Afghanistan a wipeout of the investment of a generation to convert Afghanistan into a democracy with the ability to hold the allegiance of its people and to defend itself.

Why did we fail?

Did the U.S. generals, statesmen, politicians and journalists who went to Afghanistan during these last two decades, and came back to testify to our steady progress, delude themselves? Or did they deceive us?

How many U.S. generals knew what was going on but declined to risk their careers by telling Congress or the country that the Afghan army and regime we had stood up would likely collapse like a house of cards once the Americans departed and they had to face the Taliban alone?

Today, the U.S. special envoy for Afghanistan, Zalmay Khalilzad, is in Qatar threatening the Taliban that if they overrun the country and impose a victor's peace, they risk being denied diplomatic recognition by the U.S. and its Western allies and a forfeiture of future foreign aid.

But to brand the Taliban terrorists and pariahs is not new to them. What they seek is something for which they have proven they are willing to die.

What is critical for them is to restore the Taliban to their previous dominance; to create an Islamic Emirate; to make themselves the moral, social and political arbiters of a more purely Islamic Afghanistan.

And to be rid of the outsiders and their alien values.

They want to be able to stand up and say to the Muslim world: "We have shown you how to do it. We fought America, the world superpower, for 20 years until we forced the Americans, tails between their legs, to get out of our land, and then put their puppets up against a wall."

While our strategic defeat will leave Americans reluctant to attempt any such future imperial interventions, there needs to be an accounting.

The questions that need answering:

Was not the attempt to transplant Madisonian democracy into the soil of the Middle and Near East a fool's errand from the beginning?

How many other U.S. allies field paper armies, which will collapse, if they do not have the Americans there to do the heavy lifting?

Is what we have on offer—one man-one vote democracy—truly appealing in a part of the world where democracy seems to have trouble, from the Maghreb to the Middle East to Central Asia, putting down any deep roots?

The Taliban's God is Allah. The golden calf we had on offer was democracy. In the Hindu Kush, their god has proven stronger.