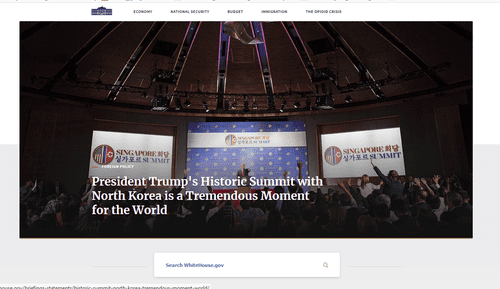 Earlier by Pat Buchanan: A Trump Doctrine for Singapore and Beyond

President Donald Trump appears to belong to what might be called the Benjamin Disraeli school of diplomacy.

The British prime minister once counseled, "Everyone likes flattery; and when you come to Royalty you should lay it on with a trowel."

At his Singapore summit, Trump smartly saluted a North Korean general and then lavished praise on Kim Jong Un as a "strong guy" with a "good personality" and a "great negotiator." "He's funny, and ... very, very smart ... and a very strategic kind of a guy. ... His country does love him."

Predictably, Trump is being scourged for this.

Yet, during his trip to Peking in 1972, Richard Nixon did not confront Chairman Mao on his history of massacres and murder, though Nixon's visit came in the midst of Mao's Cultural Revolution, a nationwide pogrom. 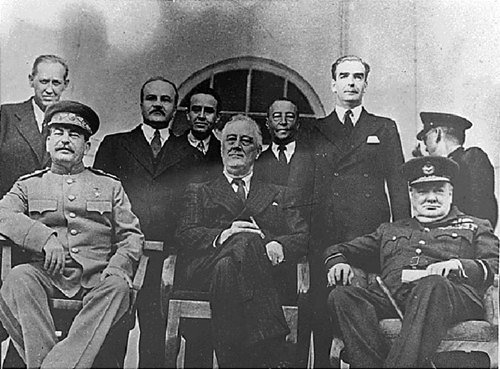 Nor did Churchill or FDR at their wartime summits confront their ally Stalin for his legendary crimes against humanity. Both gushed over "Uncle Joe."

Still, if the Trump-Kim camaraderie goes south and the crisis of 2017, when war seemed possible, returns, Trump, as he concedes, will be charged with naivety for having placed his trust in such a tyrant.

Yet, to Trump's credit, we are surely at a better place than we were a year ago when Kim was testing hydrogen bombs and ICBMs, and he and Trump were trading threats and insults in what seemed the prelude to a new Korean War.

Whatever one may think of his diplomacy, Trump has, for now, lifted the specter of nuclear war from the Korean peninsula and begun a negotiating process that could lead to tolerable coexistence.

The central questions to emerge from the summit are these: What does Kim want, and what is he willing to pay for it?

Transparently, he does not want a war with the United States. That black cloud has passed over. Second, Kim and North Korea have emerged from their isolation in as dramatic a fashion as did Mao's China in 1972.

In 2018, the North was invited to the Seoul Olympics. Kim met twice with South Korea's president and twice with China's Xi Jinping. Vladimir Putin's foreign minister stopped by. And Kim had a face-to-face summit with a U.S. president, something his grandfather and father never came close to achieving.

It is unlikely Kim will be retreating back into the cloisters of the Hermit Kingdom after being courted by the world's foremost powers.

What does Trump have on offer to induce Kim to end the lifetime of hostility? It is a long menu of what Kim can expect if he will surrender his nuclear weapons and dismantle the factories and facilities that produce them.

Among the benefits proffered: recognition of his dynasty and U.S. security guarantees, an end of sanctions, foreign investment, a peace treaty signed by the United States to replace the 65-year-old armistice and the eventual withdrawal of U.S. forces from the Korean peninsula.

Trump has already attended to one of Kim's complaints. The joint military exercises we have conducted annually with South Korea for decades have been declared by Trump to be "war games" and "very provocative" and have been suspended.

What is being asked of Kim in return?

He must provide an inventory of all nuclear weapons and where they are hidden, surrender them all, dismantle his plutonium and uranium production plants, and shut down his testing sites, all under the watch of U.S.-approved inspectors.

He must renounce any and all nuclear weapons forever, and accept a regime of international inspections that would guarantee he never cheats on that commitment.

Here is where the crunch comes. Kim is being told that he must give up the weapons whose very possession by him are the reason why the world powers are paying him heed.

As leader of a country with a per capita income smaller than Haiti's, Kim is being told he must surrender the weapons that placed him and North Korea in the world's most exclusive club, to which only eight other nations belong: the U.S., Russia, China, Britain, France, India, Pakistan and Israel.

Will Kim, whose nuclear weapons have enabled him to strut on the world stage and trade insults with the president of the United States, give them up to become the leader of a poor backward nation, with half the population of South Korea and not even 4 percent of the economy of the South?

Will he give up his most reliable deterrent against an attack by the United States or China?

In the Kim-Trump relationship, this is where the rubber meets the road. Kim has seen how Americans treat nations—like Gadhafi's Libya, Saddam's Iraq, and Iran—that decline to develop or surrender the kind of weapons his country took decades to plan, test, produce and deploy.

Should Kim give up his nukes, what U.S. president would fly halfway around the world to meet him one-to-one?

Hence the crucial question: Will he ever really give them up?