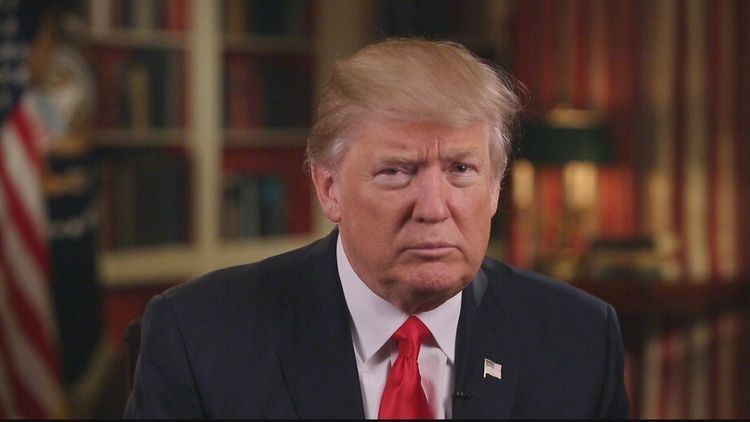 President Donald Trump's reelection hopes hinge on two things: the state of the economy in 2020 and the identity of the Democratic nominee.

The further left the Democrats go to select their candidate, the greater the probability Trump wins a second term.

The verbal flubs of Joe Biden reached critical mass. They are now so numerous and egregious they have begun to call into question whether Biden, who turns 77 in November, is really up to a year of campaigning, followed by four years of leading the nation in the world.

Nor is it only Trump saying this now.

The Biden staff appears to be agonizing over the endless reruns of Joe's gaffes on cable TV. And a media that sees Biden as the best hope of bringing down Trump is showing signs of alarm.

A valid question arises, not only for Democrats:

Does the Biden we have lately seen in debate and on the stump look like a focused leader who could be confidently entrusted with the most powerful office on earth until January 2025, which would be the end of his first term?

What are the odds that, if he won the presidency, Biden could be a two-term president, until 2029, and not a visibly lame duck from Day One?

Yet, if Biden stumbles and falls before next spring, which seems more of a possibility than two months ago, it is almost certain the Democratic candidate and party platform will be outside the American mainstream.

Consider what the Elizabeth Warren-Bernie Sanders-AOC Democrats have on offer: A Green New Deal with government jobs for all. Net-zero carbon emissions. "Medicare for All," including migrants here illegally. Free tuition at state schools. Forgiveness of most or all of $1.5 trillion in student debt. A trillion dollars of infrastructure. A $15 minimum wage. Reparations for slavery,

All this is being promised while the nation is running a $1 trillion deficit and facing trillion-dollar deficits through the first term of the next president.

And the national debt is already larger than the GDP.

But if the Democrats' performances this summer were heartening for the president, what happened Wednesday must be causing palpitations.

The Dow Jones average plunged 800 points, capping a loss of 7% of its value in weeks. Capital is flooding out of equity markets into the shelter of bonds.

And worldwide, the news is not good.

The German economy, the world's fourth largest, contracted in the first quarter. Factory output in China, the world's second-largest economy, is growing at its slowest pace in 17 years.

Britain, another of the 10 largest economies, is about to crash out of the EU by Oct. 1. Hong Kong, its political crisis unresolved and the protests ongoing, is projecting zero growth.

The U.S. economy remains the strongest in the world, but U.S. growth in the second quarter was 2.1%, tepid compared to the 3.5% growth in the spring of 2018.

On top of this disquieting news on the economic front, Trump's disapproval in the Fox News survey released Wednesday rose to 56%, a 5 percentage-point jump in his disapproval from July.

That the president laid Wednesday's market swoon at the doorstep of the Federal Reserve suggests that Fed Chairman Jerome Powell is being set up to take the fall if the economy goes south in 2020.

And going south is a distinct possibility. Bank of America Merrill Lynch puts the odds on a recession next year at 1 in 3.

From the media and political reaction to the Dow plunge, there is nothing Democrats would relish more than seeing the Trump boom, which has reduced unemployment to record lows, end in a recession, negating his greatest political argument and asset.

And if America can be talked into a recession, rely on the Beltway political and media elites to try to bring it off.

Which brings us to the China trade impasse, which involves a historic gamble by Donald Trump.

Trump seeks to throw out a free trade policy that, rooted in 19th-century ideology rather than U.S. national interests, threw open U.S. markets to the world and produced, over three decades, $12 trillion in trade deficits and a loss of 70,000 factories and 5 million manufacturing jobs.

Like the Russian army carting off German factories after World War II, the Great Arsenal of Democracy was looted by its postwar allies and adversaries alike.

The weapon Trump is using to stop this looting is tariffs, a price of admission into the U.S. market to replace the free passes foreign nations and transnational companies have had to produce abroad and sell into the USA.

Trump is using tariffs to coerce China to stop cheating on the trade rules we have established and to grant us the same access to her markets as producers in China have to the American market.

And he is betting his presidency he can pull it off.