Patrick J. Buchanan: Too Many Wars. Too Many Enemies.

If Turkey is not bluffing, U.S. troops in Manbij, Syria, could be under fire by week's end, and NATO engulfed in the worst crisis in its history.

Turkish President Erdogan said Friday his troops will cleanse Manbij of Kurdish fighters, alongside whom U.S. troops are embedded.

Erdogan's foreign minister demanded concrete steps by the U.S. to end its support of the Kurds, who control the Syrian border with Turkey east of the Euphrates, all the way to Iraq.

If the Turks attack Manbij, the U.S. will face a choice: Stand by our Kurdish allies and resist the Turks, or abandon the Kurds.

Should the U.S. let the Turks drive the Kurds out of Manbij and the entire Syrian border area with Turkey, as Erdogan threatens, U.S. credibility would suffer a blow from which it would not soon recover.

But to stand with the Kurds and oppose Erdogan's forces could mean a crackup of NATO and loss of U.S. bases inside Turkey, including the air base at Incirlik.

Turkey also sits astride the Dardanelles entrance to the Black Sea. NATO's loss of Turkey would thus be a triumph for Vladimir Putin, who gave Ankara the green light to cleanse the Kurds from Afrin.

Yet Syria is but one of many challenges to U.S. foreign policy.

The Winter Olympics in South Korea may have taken the threat of a North Korean ICBM that could hit the U.S. out of the news. But no one believes that threat is behind us. 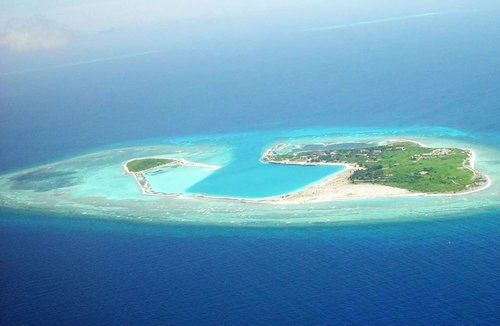 Last week, China charged that the USS Hopper, a guided missile destroyer, sailed within 12 nautical miles of Scarborough Shoal, a reef in the South China Sea claimed by Beijing, though it is far closer to Luzon in the Philippines. The destroyer, says China, was chased off by one of her frigates. If we continue to contest China's territorial claims with U.S. warships, a clash is inevitable.

In a similar incident Monday, a Russian military jet came within five feet of a U.S. Navy EP-3 Orion surveillance plane in international airspace over the Black Sea, forcing the Navy plane to end its mission.

U.S. relations with Cold War ally Pakistan are at rock bottom. In his first tweet of 2018, President Trump charged Pakistan with being a duplicitous and false friend.

"The United States has foolishly given Pakistan more than 33 billion dollars in aid over the last 15 years, and they have given us nothing but lies & deceit, thinking of our leaders as fools. They give safe haven to the terrorists we hunt in Afghanistan, with little help. No more!"

As for America's longest war, in Afghanistan, now in its 17th year, the end is nowhere on the horizon.

A week ago, the International Hotel in Kabul was attacked and held for 13 hours by Taliban gunmen who killed 40. Midweek, a Save the Children facility in Jalalabad was attacked by ISIS, creating panic among aid workers across the country.

If Pakistan is indeed providing sanctuary for the terrorists of the Haqqani network, how does this war end successfully for the United States?

Yet another war, where the humanitarian crisis rivals Syria, continues on the Arabian Peninsula. There, a Saudi air, sea and land blockade that threatens the Yemeni people with starvation has failed to dislodge Houthi rebels who seized the capital Sanaa three years ago.

This weekend brought news that secessionist rebels, backed by the United Arab Emirates, have seized power in Yemen's southern port of Aden, from the Saudi-backed Hadi regime fighting the Houthis.

These rebels seek to split the country, as it was before 1990.

Iran, Saudi Arabia and the UAE appear to be backing different horses in this tribal-civil-sectarian war into which America has been drawn.

Like the Romans, we have become an empire, committed to fight for scores of nations, with troops on every continent, and forces in combat operations of which the American people are only vaguely aware.

"I didn't know there were 1,000 troops in Niger," said Sen. Lindsey Graham when four Green Berets were killed there. "We don't know exactly where we're at in the world, militarily, and what we're doing."

As in all empires, power is passing to the generals.

And what causes the greatest angst today in the imperial city?

Fear that a four-page memo worked up in the House Judiciary Committee may discredit Robert Mueller's investigation of Russia-gate.