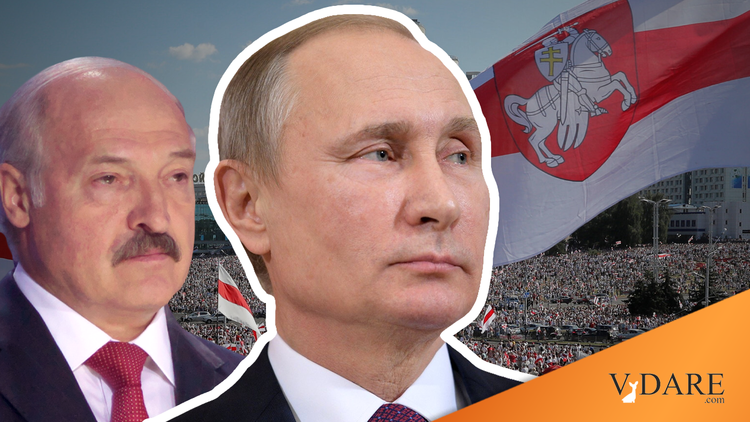 Patrick J. Buchanan: Putin's Got His Problems, Too

Before the first Trump-Biden debate, moderator Chris Wallace listed the six subjects that would be covered:

The Trump and Biden records, the Supreme Court, COVID-19, the economy, race and violence in our cities, and the integrity of the election.

According to a recent Gallup survey, Wallace's topics tracked the public's concerns—the top seven of which were the coronavirus, government leadership, race relations, the economy, crime and violence, the judicial system, morality and family decline.

As an issue, national security did not even break Gallup's Top 10. It ranked below education and homelessness, just above climate change.

Which raises a question?

Can a nation as divided as we are and as distracted as we are by the most lethal pandemic in 100 years, the worst economic crisis since the Great Depression, and the worst racial crisis since the 1960s, conduct a global policy to contain the ambitions of two rival great powers on the other side of the world and to create a U.S.-led democratic world order?

Can we build, lead and sustain alliances of dozens of nations to contain Vladimir Putin's Russia and Xi Jinping's China as we did the Soviet Union during more than 40 years of the Cold War?

Are we still up to it? And must we Americans do it?

Or should we let the internal problems and pressures on these two nations do the primary work of containing their external ambitions?

Case in point: Vladimir Putin's Russia. While our Beltway elites are obsessed with Russia and Putin, seeing in them a mortal threat to our democracy, close observers are seeing something else.

"Putin, long the sower of instability, is now surrounded by it," runs a headline in Thursday's New York Times. The theme also appears in The Financial Times in a story headlined, "Putin watches as flames engulf neighborhood."

Consider the situation today in Russia's "near abroad," the former republics of the USSR that broke from Moscow's rule between 1989 and 1991.

The Baltic States—Estonia, Lithuania and Latvia—are already in the U.S.-led NATO alliance. Georgia in the Central Caucasus, the birthplace of Stalin, fought a war against its Russian neighbor in 2008 and is now a friend and de facto ally of the United States.

Ukraine, the most populous of the 14 republics to break away from Moscow, is now the most hostile to Moscow, having watched its Crimean Peninsula in the Black Sea be amputated by Putin in 2014.

Now, Belarus, Russia's closest neighbor to the west, is in a political crisis with weekly demonstrations demanding the ouster of Putin's ally, longtime autocrat Alexander Lukashenko, after a fraudulent election.

Putin could be forced to do what he has no desire to do—forcefully intervene to put down a popular uprising that could cause Belarus to follow Ukraine into the Western camp.

Now, in the South Caucasus, two former republics of the USSR, Azerbaijan and Armenia, are again in an open war over Nagorno-Karabakh, an Armenian enclave wholly within Azerbaijan.

While Armenia, an ally of Russia, is pleading for intervention by Moscow to halt the war, Turkey is aiding the Azeris militarily, and they seem to be gaining the upper hand.

Four thousand miles away, in Russia's Far East, in the city of Khabarovsk, which is as close to China as Dulles Airport is to D.C., anti-Putin rallies have become a constant feature of politics.

Last summer, Putin's political rival Alexei Navalny was poisoned with Novichok, a nerve agent developed in Soviet laboratories. Navalny has now become a live martyr and more potent adversary as the Kremlin has failed to come up with a satisfactory explanation for what appears to have been an attempted assassination. New German and French sanctions on Russian officials could be forthcoming.

Russians are tiring of Putin's 20-year rule. His popularity, though high by European standards, is near its nadir. And Russians have suffered mightily from the coronavirus and what it has done to their economy.

Now, the pro-Putin regime in Kyrgyzstan on the Chinese border appears to have been overthrown after another fraudulent election, and Beijing is telling everyone to stay out.

And how have Putin's imperial adventures gone?

While his intervention in Syria saved the regime of Bashar Assad and Russia's sole naval base in the Mediterranean, the war continues to bleed Mother Russia.

Putin's intervention on the side of the rebels in Libya, however, has not gone well. Last year's rebel drive to capture the capital of Tripoli failed, and the rebel forces have been forced to retreat back to the east.

Perhaps time is on America's side in the rivalry with Russia, and war avoidance remains as wise a policy as it was during the Cold War.