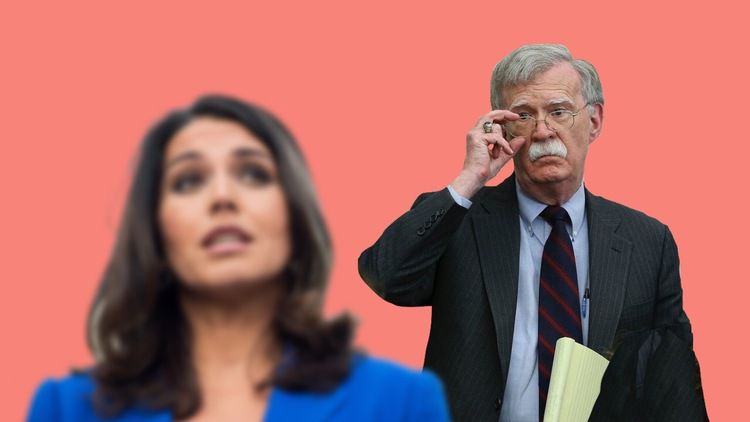 "For too long our leaders have failed us, taking us into one regime change war after the next, leading us into a new Cold War and arms race, costing us trillions of our hard-earned tax payer dollars and countless lives. This insanity must end."

Nope. That denunciation of John Bolton interventionism came from Congresswoman Tulsi Gabbard of Hawaii during Wednesday night's Democratic debate. At 38, she was the youngest candidate on stage. 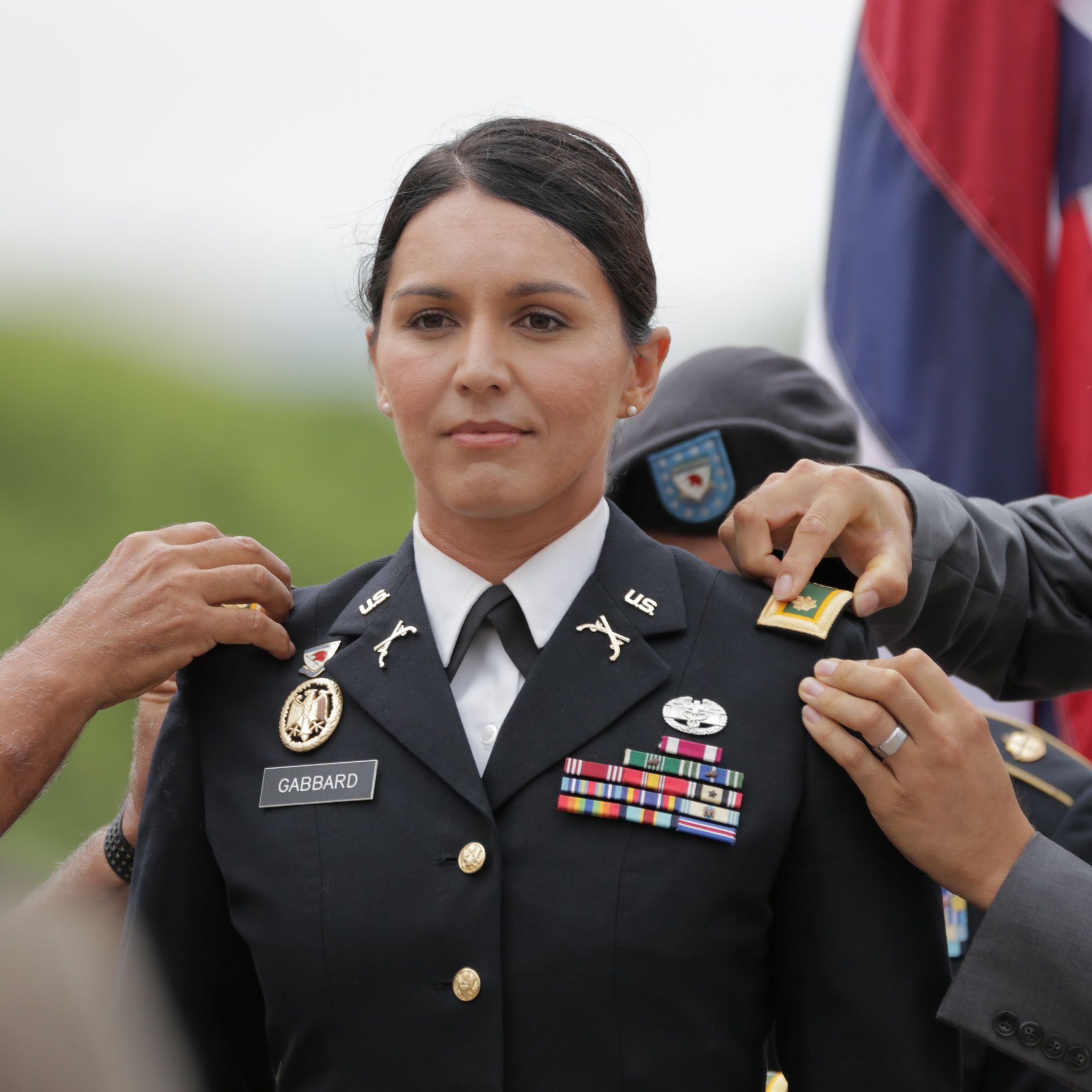 Gabbard proceeded to rip both the "president and his chickenhawk cabinet (who) have led us to the brink of war with Iran."

In a fiery exchange, Congressman Tim Ryan of Ohio countered that America cannot disengage from Afghanistan: "When we weren't in there they started flying planes into our buildings."

"The Taliban didn't attack us on 9/11," Gabbard replied, "Al-Qaida attacked us on 9/11. That's why I and so many other people joined the military, to go after al-Qaida, not the Taliban."

When Ryan insisted we must stay engaged, Gabbard shot back:

"Is that what you will tell the parents of those two soldiers who were just killed in Afghanistan? 'Well, we just have to be engaged.' As a soldier, I will tell you, that answer is unacceptable. ... We are no better off in Afghanistan that we were when this war began."

By debate's end, Gabbard was the runaway winner in both the Drudge Report and Washington Examiner polls and was far in front among all the Democratic candidates whose names were being searched on Google.

Though given less than seven minutes of speaking time in a two-hour debate, she could not have used that time more effectively. And her performance may shake up the Democratic race.

If she can rise a few points above her 1-2% in the polls, she could be assured a spot in the second round of debates.

If she is, moderators will now go to her with questions of foreign policy issues that would not have been raised without her presence, and these questions will expose the hidden divisions in the Democratic Party.

Leading Democratic candidates could be asked to declare what U.S. policy should be—not only toward Afghanistan but Iraq, Syria, Yemen, Saudi Arabia, Israel, Jared Kushner's "Deal of the Century," and Trump's seeming rejection of the two-state solution.

If she makes it into the second round, Gabbard could become the catalyst for the kind of globalist vs. nationalist debate that broke out between Trump and Bush Republicans in 2016, a debate that contributed to Trump's victory at the Cleveland convention and in November.

The problem Gabbard presents for Democrats is that, as was shown in the joust with Ryan, she takes positions that split her party, while her rivals prefer to talk about what unites the party, like the terribleness of Trump, free college tuition and soaking the rich.

We still have 2,000 troops in Syria, 5,000 in Iraq, 14,000 in Afghanistan. We just moved an aircraft carrier task force, B-52s and 1,000 troops to the Persian Gulf to confront Iran. We are about to impose sanctions on the Iranian foreign minister with whom we would need to negotiate to avoid a war.

Jared Kushner is talking up a U.S.-led consortium to raise $50 billion for the Palestinians in return for their forfeiture of sovereignty and an end to their dream of a nation-state on the West Bank and Gaza with Jerusalem as its capital.

John Bolton is talking of regime change in Caracas and confronting the "troika of tyranny" in Cuba, Nicaragua and Venezuela.

Rather than engaging Russia as Trump promised, we have been sanctioning Russia, arming Ukraine, sending warships into the Black Sea, beefing up NATO in the Baltic and trashing arms control treaties Ronald Reagan and other presidents negotiated in the Cold War

U.S. policy has managed to push our great adversaries, Russia and China, together as they have not been since the first Stalin-Mao decade of the Cold War.

This June, Vladimir Putin traveled to Beijing where he and Xi Jinping met in the Great Hall of the People to warn that in this time of "growing global instability and uncertainty," Russia and China will "deepen their consultations on strategic stability issues."

Xi presented Putin with China's new Friendship Medal. Putin responded: "Cooperation with China is one of Russia's top priorities and it has reached an unprecedented level."

At the end of the Cold War, we were the lone superpower. Who forfeited our preeminence? Who bled us of 7,000 U.S. lives and $6 trillion in endless Middle East wars? Who got us into this Cold War II?

Was all this the doing of those damnable isolationists again?