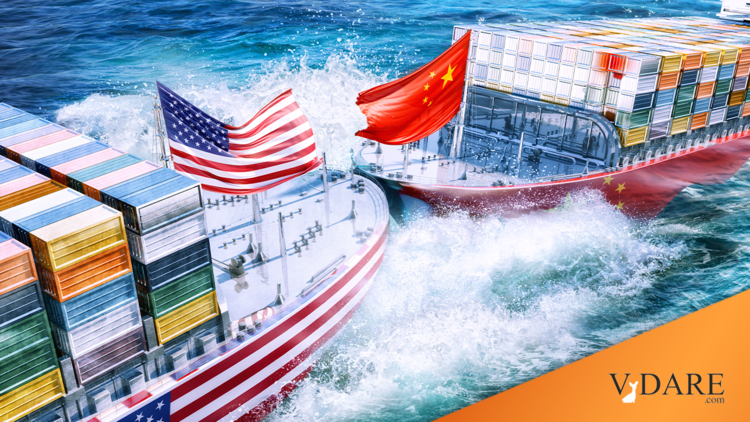 "The Indians are seeing 60,000 Chinese soldiers on their northern border," Secretary of State Michael Pompeo ominously warned on Friday.

He spelled out what he meant to commentator Larry O'Connor:

"The Chinese have now begun to amass huge forces against India in the north. ... They absolutely need the United States to be their ally and partner in this fight."

Pompeo had just returned from a Tokyo gathering of foreign ministers from the Quadrilateral Security Dialogue, or "Quad," the group of four democracies—U.S., Japan, Australia, India—whose purpose is to discuss major Indo-Pacific geostrategic issues.

Exactly what kind of "ally and partner" the U.S. is to be "in the fight" between India and China over disputed terrain in the Himalayan Mountains was left unexplained. We have no vital interest in where the Line of Control between the most populous nations on earth should lie that would justify U.S. military involvement with a world power like China.

And the idea that Japan, whose territorial quarrel with China is over the tiny Senkaku Islands in the East China Sea, thousands of miles away, would take sides in a Himalayan India-China conflict also seems ludicrous.

Yet, tensions are rising between the U.S. and China, as the list of ideological, political and economic clashes continues to lengthen.

And there is a transparent new reality: China seems in no mood to back down.

When, after a year of demonstrations for greater democracy, the Hong Kong government failed to quell the uprising, Beijing stepped in and took control. The U.S.-led democracies that had been cheering on the Hong Kong marchers and protesters did nothing, and they have done nothing since to reverse Xi Jinping's political coup but prattle on about "values."

Lately, the democracies have been protesting, and rightly so, the inhumane treatment of the Uighur peoples in Xinjiang in China's west.

Han Chinese have been moved into the region to swamp the local population of Turkic and Muslim Uighurs and Kazakhs and bring about the demographic change Beijing desires. "Reeducation camps" have been established to cleanse Uighurs of their ethnic and religious identities and convert them into loyal and reliable Chinese Communists.

In a speech in late September, Xi declared that Beijing's policy of eradicating the ethnic and religious identity of the minorities of Xinjiang through state-driven education has proven "totally correct."

He vowed to imprint a Chinese identity "deep in the soul" of the peoples living there. "Our national minority work has been a success," said Xi. "It must be held to for the long term."

Xi makes no apology for—indeed, he is proud of—using state power to impose the state ideology upon the peoples he rules, and he openly repudiates our democratic values as inapplicable in his country.

Our rejection of China's claims to virtually all of the reefs and atolls in the South China Sea is also being ignored. Beijing's warnings grow louder and more pointed as the U.S. continues to send warships, the latest being the USS John McCain, close to islets claimed by China.

What is our strategy here? Are we prepared for a naval and air clash in these waters? What would be the U.S. strategic goal?

The Chinese are now responding angrily and defiantly to what they see as the provocations of sending high-level U.S. officials, and selling new weapons, to Taiwan, which China regards as its lost province.

Again, what is our purpose in playing the Taiwan card now?

If it is to provoke a fight, then are we prepared for a war in the Taiwan Strait or South China Sea? Do we think the Chinese will capitulate?

Is this being done to "stand up to China" before Nov. 3?

There has been talk of the Quad evolving into an Asian NATO that embraces the major democracies in the Indo-Pacific Theater.

But the essence of NATO is Article V, where the U.S. commits itself to treat an attack on any one of some 30 nations as an attack on us.

Australia, Japan and the U.S. are not going to war with China over its border with India, or its ethnic concentration camps in Xinjiang, or its seizing Hong Kong and atolls in the South China Sea.

When this election is over, this country has to think through what we are and are not willing to fight China for.

Xi Jinping dismisses our concerns over Hong Kong and the Uighurs, and he appears willing to fight for Taiwan and for what Beijing holds in the South China Sea, rather than see it permanently lost.