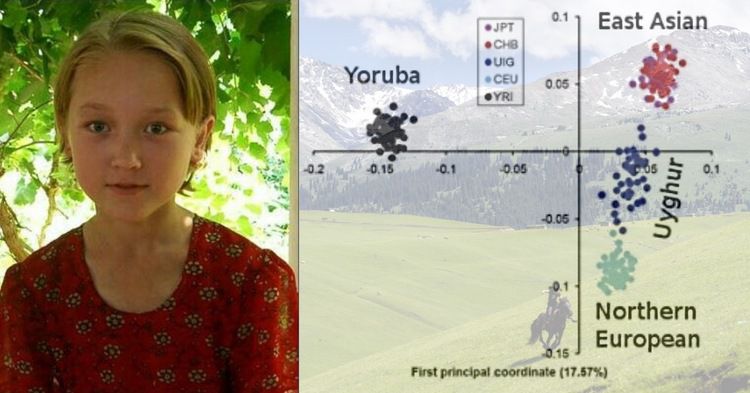 Does The West Have A “Genetic Interest” In Supporting China’s Uyghurs?

See, earlier, by Linda Thom: Unrest In Urumqi—A Californian Draws A Dark Lesson For Her Own State 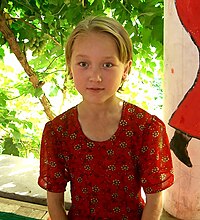 There’s an old stereotype that “all Chinese people look the same.” However, what people really mean is that Han Chinese people, who make up 91% of the population of the People’s Republic of China, look the same. There are also 55 officially recognized ethnic minorities in China. And then there are ethnic minorities whom the Chinese government refuses to recognize. This is usually because they are Turkic peoples who are genetically very different from the Han and don’t like being ruled by them. One of these unrecognized ethnic minorities: 11.3 million-strong Muslim “Uyghur.” They have effectively been in rebellion against Han occupation for centuries. And, genetically, they are, to a great extent, white. (Right, via Wikipedia, a Uyghur girl in Turpan, Xinjiang, China.)

Why are the Uyghurs in the news so much? Why is our government trying to pressure the Chinese to stop abusing Uyghur “human rights”? [Top US diplomat keeps up pressure on China over Muslim Uighurs, Aljazeera, October 10, 2019, ]. How did the Uyghur become such an irritant to the Beijing regime? The Uyghur, known until the 1930s simply as the Turki, have repeatedly risen up against their East Asian Han overlords, inevitable because they are genetically and culturally very different from the Han. It has been demonstrated that the more genetically different two ethnic groups are, the more likely they are fight against each other [see Ethnic Conflicts, by Tatu Vanhanen]. Essentially, there has been continuous unrest in the Northwest province of Xinjiang, where China’s Uyghur mainly live, since 1931. This province, once overwhelmingly Uyghur, is now only 45% Uyghur—and 40% Han. Its capital city, Urumqi, is now 75% Han and only 12.8% Uyghur.

These massive demographic changes reflect a deliberate Han government policy of overwhelming Xinjiang, and especially its capital, with Han immigrants so that the Uyghur will completely lose control of their territory, be absorbed into Han culture, and stop being a quasi-white thorn in the Han regime’s side.

In contrast, intense restrictions are not imposed on the Muslim “Hui,” as the Hui are not in rebellion and are genetically closely related to the Han [Genetic substructure and forensic characteristics of Chinese Hui populations using 157 Y-SNPs and 27 Y-STRs, by Mingkung Xie et al., FSI Genetics, 2019]) so the Han are prepared to tolerate them.

But, unlike the Hui, Uyghur cannot set up schools to educate their children in Islam. If they work for the state, they are not given facilities to fast during Ramadan. Uyghur must live in gated communities with police check points. QR codes (computer-readable barcodes) must be attached to the doors of their dwellings so that the police can easily check who is authorized to be there [The race card, The Economist, September 3, 2016].

The current unrest began in 2009 with the “Shaoguan Incident” in southeast China. Uyghur migrant workers in a toy factory were accused of sexually assaulting a Han woman. This triggered a riot by Han Chinese, with at least two Uyghur men killed and about 118 injured.

In turn, this set off a riot in Urumqi, involving at least 1000 furious Uyghur. Officially, 197 people were killed, almost all of them Han. The Beijing government clamped down on the province with renewed ferocity, including an immediate media blackout and the militarization of the entire region. Over 1000 people were arrested and by February 2010, at least 26 people had been executed. According to the Chinese government, 476 Han in the province were stabbed with hypodermic needles by Uyghur terrorists.

Ever since, the Turkestan Islamic Party, among other groups, has waged a bloody terrorist campaign against the Han and there have been many other deadly riots. In March 2014, Uyghur terrorists stabbed 141 random Han at Kunming Railway Station in southwest China, killing 31 people. The next month, terrorists blew themselves up at Urumqi station, killing three Han. In February 2017, three of them knifed 5 Han to death, before being killed by the police.

In 2017, the Chinese government got really serious with mass arrests, and perhaps as many as 3 million people detained in “re-education camps” where they are compulsorily taught Chinese and generally broken down.

So, who exactly are the Uyghur? According to the most up-to-date research, they are a genetic “cline” between “European” and “East Asian.” Specifically, in Hotan in northern Xianjiang, they are about 60% genetically European and 40% genetically East Asian. In the south of Xinjiang, Uyghurs are around 52% genetically European [Analysis of Genomic Admixture in Uyghur and Its Implication in Mapping Strategy, by Shuhua Xu et al., American Journal of Human Genetics, 2008].

Of course, these are only averages. They imply that a minority of Uyghur are considerably more than 60% genetically European—explaining why some of them, with their blond hair and blue eyes, wouldn’t look out of place in Northeastern Europe.

Genetics researcher Razib Khan has theorized that Indo-Europeans made their way to what is now Northwest China about 4000 years ago, led there by the search for fresh farming pastures [Uighurs are Hybrids, by Razib Khan, Discovery Magazine, March 28, 2003]. This explains why the region’s Tarim Mummies, which are about 2000 years old, are conspicuously Caucasian, much to the embarrassment of Beijing [The Dead Tell A Tale China Doesn't Care To Listen To, by Edward Wong, New York Times, November 18, 2008].

World traveler Linda Thom visited Xinjiang in 2007, and wrote, at the time of the riots, that: 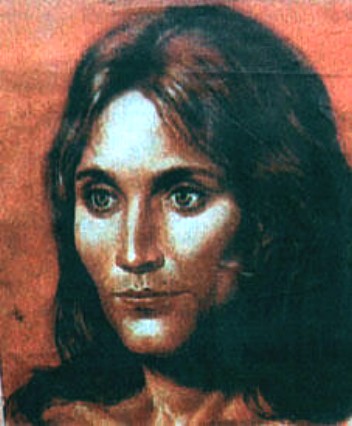 Beside the Loulan Beauty's case, an artist drew a picture  (right) of how beautiful she may have been because the Uighurs have adopted her as a symbol of their people. She looks like them, not Chinese.

DNA samples do not completely support this view—the Uighurs are a Turkic people—but whatever else they are, the mummies are not Han Chinese.

Approximately 2500 years ago, an East Asian people came to this area and intermixed with the Indo-European population. The result was the Uyghur people seen in China today.

By the ninth century, the Uyghurs were ruled by the Tiele, a confederation of Turkic tribes. By the tenth century, these Turkic tribes had converted to Islam and by the seventeenth century, the Uyghurs’ gradual conversion to Islam was complete as well. Originally, they had likely spoken an Indo-European language. Now they spoke a Turkic dialect which, to this day, is written in Arabic script in China. But the Uyghur are only linguistically, not genetically, a Turkic people. Subsequently the Uyghurs spread out from China and are now also found in Turkey, Uzbekistan, Kazakhstan and Kyrgyzstan, with growing numbers of refugees in the West.

In the 12th century, much of the area which the Uyghurs inhabited—Uyghurstan—came under the rule of the Mongols. Then, in the seventeenth century, most of it passed to the Han Chinese. Thus the Uyghur town of Ush rebelled in 1765, due to Han raping their women. As a result, the townsmen were massacred, and the women and children enslaved. After the fall of the Qing Dynasty in 1912, the Uyghurs twice set up a Soviet-backed East Turkestan Republic, but it was twice crushed by the Chinese.

The persecution of the Uyghurs raises difficult questions. On the one hand, the Han Chinese, like Western Europeans and North Americans, are under attack from Islamic terrorists, who slaughter their people. The Uyghur do this because they want their homeland back, but so do Palestinians (from their perspective). Muslims who have emigrated to the West might simply want the West to “submit” to them, but they often claim to be motivated by Western incursions into Islamic countries, such as the presence of the US military in Saudi Arabia. Should we, therefore, sympathize with the Han who, like us, are trying to protect themselves from Islamic violence?

On the other hand, however, the Han are persecuting viciously what is, to a significant degree, a European minority in China (albeit one that has adopted Islam). The Han are persecuting “our people”—they are interfering with our “genetic interests,” because it’s inherently in our “genetic interests” that there should be more of our group and that we occupy more land. (This argument is developed by Australian academic Frank Salter in his 2003 book On Genetic Interests.)

As the Chinese become increasingly aggressive in a new Cold War, perhaps this “genetic interest” will tip the balance in favor of our siding with China’s quasi-European minority.