Old, Weird Eurasia: Skeleton Lake in the Himalayas and the Fishmen of the Danube

The Mystery of the Himalayas’ Skeleton Lake Just Got Weirder

Every summer, hundreds of ancient bones emerge from the ice. A new genetic study helps explain how they got there.

Roopkund Lake, in the Indian Himalayas, is frozen for much of the year. But in warmer months it delivers a macabre performance, earning the nickname

… Genetic analysis has helped make some sense of the jumble of bones. The researchers, led in part by Niraj Rai, an expert in ancient DNA at the Birbal Sahni Institute of Palaeosciences in India, and David Reich, a geneticist at Harvard University, extracted DNA from the remains of dozens of skeletal samples, and managed to identify 23 males and 15 females.

Based on populations living today, these individuals fit into three distinct genetic groups. Twenty-three, including males and females, had ancestries typical of contemporary South Asians; their remains were deposited at the lake between the 7th and 10th centuries, and not all at once. Some skeletons were more ancient than others, suggesting that many were interred at the lake lifetimes apart.

Human skeletal remains at Roopkund lake. A new genetic study partially identified some of the individuals: young and old, some interred long before others, none of them related.CreditHimadri Sinha Roy
Then, perhaps 1,000 years or so later, sometime between the 17th and 20th centuries, two more genetic groups suddenly appeared within the lake: one individual of East Asian-related ancestry and, curiously, 14 people of eastern Mediterranean ancestry.

An Archaeological Puzzle on the Danube 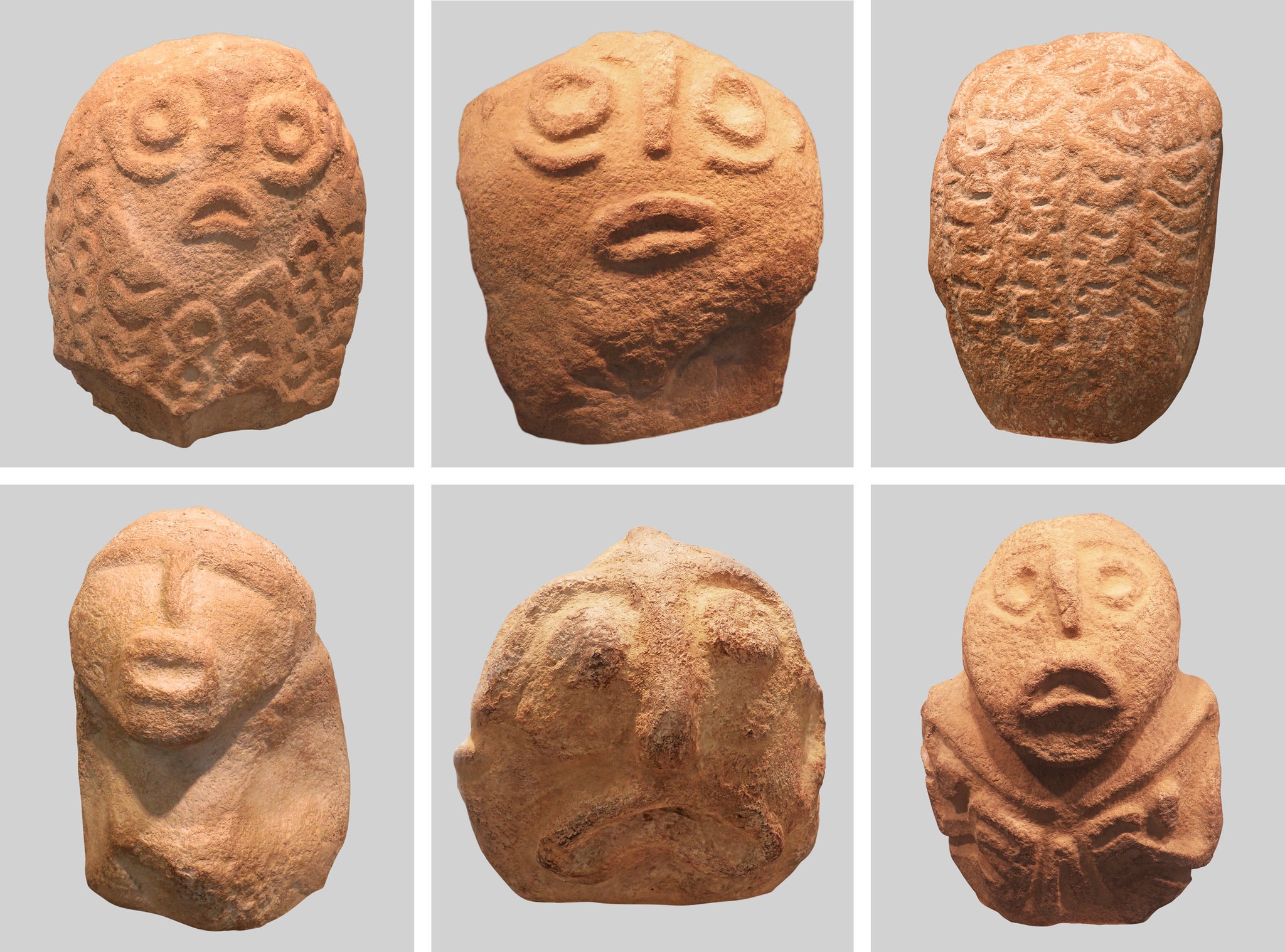 Unique sculptures date from the historical moment when two peoples and two cultures met on the banks of a section of the river, now known as the Iron Gates.

LEPENSKI VIR, Serbia — The faces are haunting. About 8,000 years ago, over a period of perhaps 200 years, artists that lived in this settlement on the banks of the Danube carved about 100 sandstone boulders with faces and abstract designs. The faces are simple, with wide round eyes, a stylized nose and down-turned open mouths. They do not look happy. …

Lepenski Vir offers a snapshot of that process at its very beginning. David Reich, an expert in ancient human DNA and human migration at Harvard, has drawn DNA from bones at Lepenski Vir. “It is a mother lode of material,” Dr. Reich said.

In a recent paper, he and other scientists reported new findings about the “genomic history of southeastern Europe.” As part of that study they drew DNA from four individuals at Lepenski Vir. Two were identifiable as Near Eastern farmers. And studies of the chemistry of their bones show that they had not grown up at Lepenski Vir, but were migrants from elsewhere. Another had a mixed hunter-gatherer/farmer heritage and had eaten a diet of fish. Another had hunter-gatherer heritage.

The dating of the skeletons showed a range. The one with mixed heritage was from 6070 B.C.E., or about 8,000 years ago. The farmers were dated as 6200-5600 B.C.E. And the hunter-gatherer probably earlier than the others.

By the way, the Serbs have built what looks to be an elegant museum at the archaeological site, or actually higher up the hillside from the real site, which, like Abu Simbel in Egypt, was flooded by a reservoir in the 1960s.

As I’ve mentioned, a few times recently, I’m starting to see more and more Balkan names (e.g., ending in -ic) showing up under accounts of good news (e.g., sports victories or tourism destinations) rather than bad news, as in the 1990s. I wish the peoples of the Balkans continued progress.