Asked to name the defining attributes of the America we wish to become, many liberals would answer that we must realize our manifest destiny since 1776, by becoming more equal, more diverse and more democratic—and the model for mankind's future.

Equality, diversity, democracy—this is the holy trinity of the post-Christian secular state at whose altars Liberal Man worships.

But the congregation worshiping these gods is shrinking. And even Europe seems to be rejecting what America has on offer.

In a retreat from diversity, Catalonia just voted to separate from Spain. The Basque and Galician peoples of Spain are following the Catalan secession crisis with great interest. 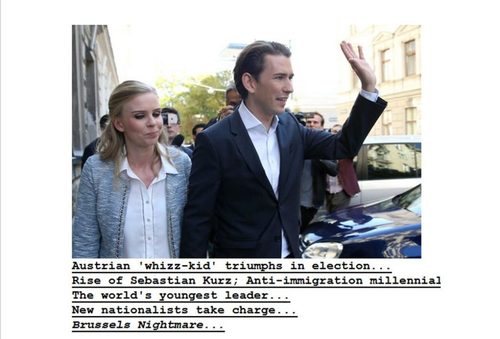 The right-wing People's Party and far-right Freedom Party just swept 60 percent of Austria's vote, delivering the nation to 31-year-old Sebastian Kurz, whose anti-immigrant platform was plagiarized from the Freedom Party. Summarized it is: Austria for the Austrians!

Lombardy, whose capital is Milan, and Veneto will vote Sunday for greater autonomy from Rome.

South Tyrol (Alto Adige), severed from Austria and ceded to Italy at Versailles, written off by Hitler to appease Mussolini after his Anschluss, is astir anew with secessionism. Even the Sicilians are talking of separation. 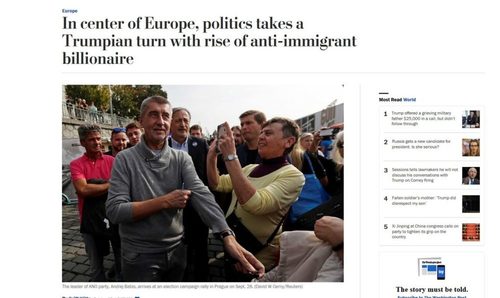 By Sunday, the Czech Republic may have a new leader, billionaire Andrej Babis. Writes The Washington Post, Babis "makes a sport of attacking the European Union and says NATO's mission is outdated."

Platform Promise: Keep the Muslim masses out of the motherland.

To ethnonationalists, their countrymen are not equal to all others, but superior in rights. Many may nod at Thomas Jefferson's line that "All men are created equal," but they no more practice that in their own nations than did Jefferson in his.

On Oct. 7, scores of thousands of Poles lined up along the country's entire 2,000-mile border—to pray the rosary.

It was the centennial of the Virgin Mary's last apparition at Fatima in Portugal in 1917, and the day in 1571 the Holy League sank the Muslim fleet at Lepanto to save Europe. G. K. Chesterton's poem, "Lepanto," was once required reading in Catholic schools.

Each of these traditionalist-nationalist movements is unique, but all have a common cause. In the hearts of Europe's indigenous peoples is embedded an ancient fear: loss of the homeland to Islamic invaders.

Europe is rejecting, resisting, recoiling from "diversity," the multiracial, multicultural, multiethnic and multilingual future that, say U.S. elites, is America's preordained mission to bring about for all mankind.

Indeed, increasingly, the indigenous peoples of Europe seem to view as the death of their nations and continent, what U.S. liberal elites see as the Brave New World to come.

To traditionalist Europeans, our heaven looks like their hell.

Thus Poles fall on their knees to pray to the Virgin Mary to spare them from threats of an Islamic future, as their ancestors prayed at the time of Lepanto, and of Vienna in 1683, when the Polish King John Sobieski marched to halt the last Muslim drive into the heart of Europe.

European peoples and parties are today using democratic means to achieve "illiberal" ends. And it is hard to see what halts the drift away from liberal democracy toward the restrictive right. For in virtually every nation, there is a major party in opposition, or a party in power, that holds deeply nationalist views.

European elites may denounce these new parties as "illiberal" or fascist, but it is becoming apparent that it may be liberalism itself that belongs to yesterday. For more and more Europeans see the invasion of the continent along the routes whence the invaders came centuries ago, not as a manageable problem but an existential crisis.

To many Europeans, it portends an irreversible alteration in the character of the countries their grandchildren will inherit, and possibly an end to their civilization. And they are not going to be deterred from voting their fears by being called names that long ago lost their toxicity from overuse.

And as Europeans decline to celebrate the racial, ethnic, creedal and cultural diversity extolled by American elites, they also seem to reject the idea that foreigners should be treated equally in nations created for their own kind.

Europeans seem to admire more, and model their nations more, along the lines of the less diverse America of the Eisenhower era, than on the polyglot America of 2017.

And Europe seems to be moving toward immigration polices more like the McCarran-Walter Act of 1950 than the open borders bill that Sen. Edward Kennedy shepherded through the Senate in 1965.

Kennedy promised that the racial and ethnic composition of the America of the 1960s would not be overturned, and he questioned the morality and motives of any who implied that it would.

So, why is liberalism dying?

Because it is proving to be what James Burnham called it in his 1964 Suicide of the West—the ideology of Western suicide.

What we see in Europe today is people who, belatedly recognizing this, have begun to "rage, rage, against dying of the light."