Patrick J. Buchanan: Impeachment—Destroying Democracy In Order To Save It?

In 1868, President Andrew Johnson was impeached for violating the Tenure of Office Act that had been enacted by Congress over his veto in 1867. Defying the law, Johnson fired Secretary of War Edwin Stanton, without getting Senate approval, as the act required him to do.

In his 1956 Pulitzer Prize-winning book, John F. Kennedy made Edmund Ross one of the Senate's Profiles in Courage for his decisive and heroic vote not to convict and remove Johnson.

Repealed in 1887, the Tenure of Office Act was later declared unconstitutional by the Supreme Court.

But while the act was the lethal instrument to be used in the political assassination of a president whom the Radical Republicans meant to terminate, Stanton's ouster was not the primary cause of their fury.

What truly enraged the Radical Republicans was Johnson's resolve to be more magnanimous toward the defeated South than they meant to be. Johnson had in mind an earlier end to the military occupation of the South and a more rapid return of the seceded states to the Union. 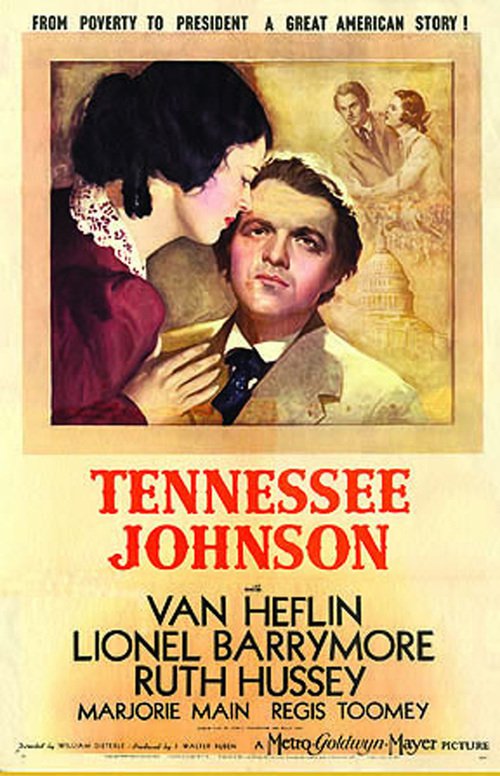 The story is told in the 1942 Hollywood film "Tennessee Johnson," starring Van Heflin, which has since gone down the memory hole along with Woodrow Wilson's White House favorite, "Birth of a Nation."

As historians concede, the impeachment of Johnson was about Reconstruction and who would remake the South. Would it be the Southern majority that fought and lost the war, or the victorious Yankees and the "scalawags" and "carpetbaggers" laboring alongside them?

The triumphant Radical Republicans were not about conciliation. So severe were aspects of the occupation that Gen. Robert E. Lee reportedly said if he had known what was coming, he might not have quit fighting.

So, too, the impeachment of Donald Trump is not really about his 10-week delay in shipping arms to Ukraine or his postponing of a visit by Ukraine's president until he announced an investigation of Burisma Holdings and Joe and Hunter Biden.

Even before the 2016 election, Democrats, collaborating with a like-minded media, were using the instruments of power they possess, to first prevent and then to overturn the election results of 2016.

Russiagate, the James Comey FBI investigation, the Mueller probe—aborting a Trump presidency has always been the goal.

To save "our democracy," to which they pay tireless tribute, the impeachers want to ensure that the people, in a supposedly free election in 2020, are not allowed to make the same mistake they made in 2016.

To save our democracy, the House and half the Senate want to deny the America electorate one of the most important roles the people play in this republic—the exercise of their right to choose the head of state and commander in chief of the United States.

Over the weekend, we learned that John Bolton, who has offered to testify in the Senate trial, claims in his coming book that Trump made a direct link between sending military aid to Ukraine and Ukraine's opening an investigation of the Bidens.

This has caused some Republican senators to reconsider calling witnesses, particularly Bolton, in the impeachment trial.

If four Republicans vote for witnesses, they will be doing the work Adam Schiff, Jerry Nadler and Nancy Pelosi's House failed to do in their haste to get Trump impeached by Christmas. They will be prolonging a trial set up to burn and bury their president.

The Senate should let Trump's defenders complete their case, as the House managers and impeachers have already done. Then allow 16 hours of questioning. Then call for the verdict.

There is no treason, no bribery and no high crime in what the House managers allege. There is nothing in the articles of impeachment voted that rises to a level to justify removing a president.

Harry Truman dropped atomic bombs on defenseless cities and sent 2 million POWs back to the tender mercies of Stalin in Operation Keelhaul after World War II.

JFK greenlighted the overthrow of an ally, President Ngo Dinh Diem in South Vietnam, in a coup that ended in the murder of Diem.

LBJ ordered the wiretapping of Martin Luther King, and his White House shared the fruits of that FBI surveillance with a friendly press.

No one was impeached.

Why? Because Truman, JFK and LBJ were establishment favorites.

For Trump, a phone call with a Ukrainian president saying, "Send us your Biden file and we will have a meeting," is a political capital crime justifying democracy's version of a death penalty.