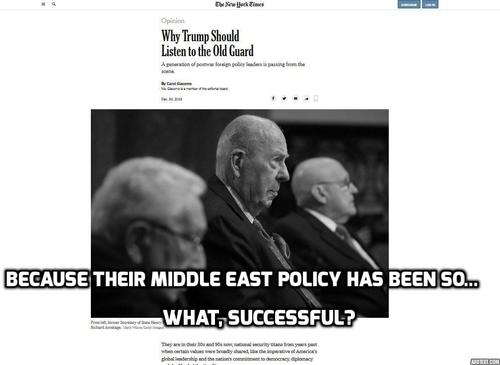 "The future of Syria must be determined by its people, but President Bashar al-Assad is standing in their way. ... the time has come for President Assad to step aside."

France's Nicolas Sarkozy and Britain's David Cameron signed on to the Obama ultimatum: Assad must go!

Seven years and 500,000 dead Syrians later, it is Obama, Sarkozy and Cameron who are gone. Assad still rules in Damascus, and the 2,000 Americans in Syria are coming home. Soon, says President Donald Trump.

But we cannot "leave now," insists Sen. Lindsey Graham, or "the Kurds are going to get slaughtered."

Question: Who plunged us into a Syrian civil war, and so managed our intervention that were we to go home after seven years our enemies will be victorious and our allies will "get slaughtered"?

Seventeen years ago, the U.S. invaded Afghanistan to oust the Taliban for granting sanctuary to al-Qaida and Osama bin Laden.

U.S. diplomat Zalmay Khalilzad is today negotiating for peace talks with that same Taliban. Yet, according to former CIA director Mike Morell, writing in the Washington Post today, the "remnants of al-Qaeda work closely" with today's Taliban.

It would appear that 17 years of fighting in Afghanistan has left us with these alternatives: Stay there, and fight a forever war to keep the Taliban out of Kabul, or withdraw and let the Taliban overrun the place.

Who got us into this debacle?

After Trump flew into Iraq over Christmas but failed to meet with its president, the Iraqi Parliament, calling this a "U.S. disregard for other nations' sovereignty" and a national insult, began debating whether to expel the 5,000 U.S. troops still in their country.

George W. Bush launched Operation Iraqi Freedom to strip Saddam Hussein of WMD he did not have and to convert Iraq into a democracy and Western bastion in the Arab and Islamic world.

Muqtada al-Sadr, the cleric with American blood on his hands from the fighting of a decade ago, is leading the charge to have us booted out. He heads the party with the largest number of members in the parliament.

Consider Yemen. For three years, the U.S. has supported with planes, precision-guided munitions, air-to-air refueling and targeting information, a Saudi war on Houthi rebels that degenerated into one of the worst humanitarian disasters of the 21st century.

Belatedly, Congress is moving to cut off U.S. support for this war. Crown Prince Mohammed bin Salman, its architect, has been condemned by Congress for complicity in the murder of journalist Jamal Khashoggi in the consulate in Istanbul. And the U.S. is seeking a truce in the fighting.

Who got us into this war? And what have years of killing Yemenis, in which we have been collaborators, done to make Americans safer?

Consider Libya. In 2011, the U.S. attacked the forces of dictator Moammar Gadhafi and helped to effect his ouster, which led to his murder.

Told of news reports of Gadhafi's death, Secretary of State Hillary Clinton joked, "We came, we saw, he died."

The Libyan conflict has since produced tens of thousands of dead. The output of Libya's crucial oil industry has collapsed to a fraction of what it was. In 2016, Obama said that not preparing for a post-Gadhafi Libya was probably the "worst mistake" of his presidency.

The price of all these interventions for the United States?

For the Arab and Muslim world, the cost has been far greater. Hundreds of thousands of dead in Afghanistan, Iraq, Syria, Yemen, and Libya, civilian and soldier alike, pogroms against Christians, massacres, and millions uprooted and driven from their homes.

How has all this invading, bombing and killing made the Middle East a better place or Americans more secure? One May 2018 poll of young people in the Middle East and North Africa found that more of them felt that Russia was a closer partner than was the United States of America.

The fruits of American intervention?

We are told ISIS is not dead but alive in the hearts of tens of thousands of Muslims, that if we leave Syria and Afghanistan, our enemies will take over and our friends will be massacred, and that if we stop helping Saudis and Emiratis kill Houthis in Yemen, Iran will notch a victory.

In his decision to leave Syria and withdraw half of the 14,000 troops in Afghanistan, Trump enraged our foreign policy elites, though millions of Americans cannot get out of there soon enough.

In Monday's editorial celebrating major figures of foreign policy in the past half-century, the New York Times wrote, "As these leaders pass from the scene, it will be left to a new generation to find a way forward from the wreckage Mr. Trump has already created."